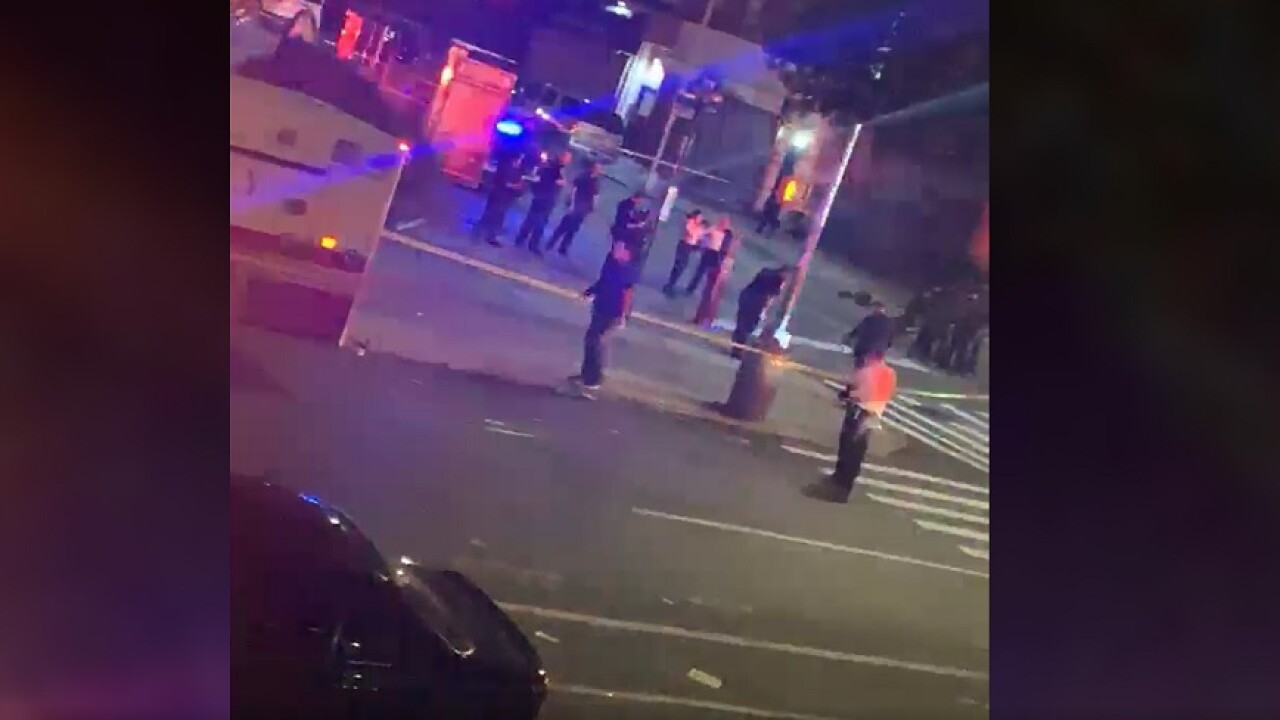 BEDFORD-STUYVESANT, Brooklyn — A police officer opened fire in Brooklyn Sunday morning after a man pulled out a gun at a large street gathering, according to the NYPD.

No one was injured in the shooting, which happened around 2 a.m. near Throop and Myrtle avenues in Bedford-Stuyvesant, police said.

Police were called to the area to disperse a large crowd when a man pulled out a gun, according to the NYPD. One officer fired one round, but no one was struck, police said.

The man was taken into custody and the gun was recovered, police said.

Charges against the suspect were pending Sunday morning.

The police officer who fired the round was taken to a hospital for tinnitus.