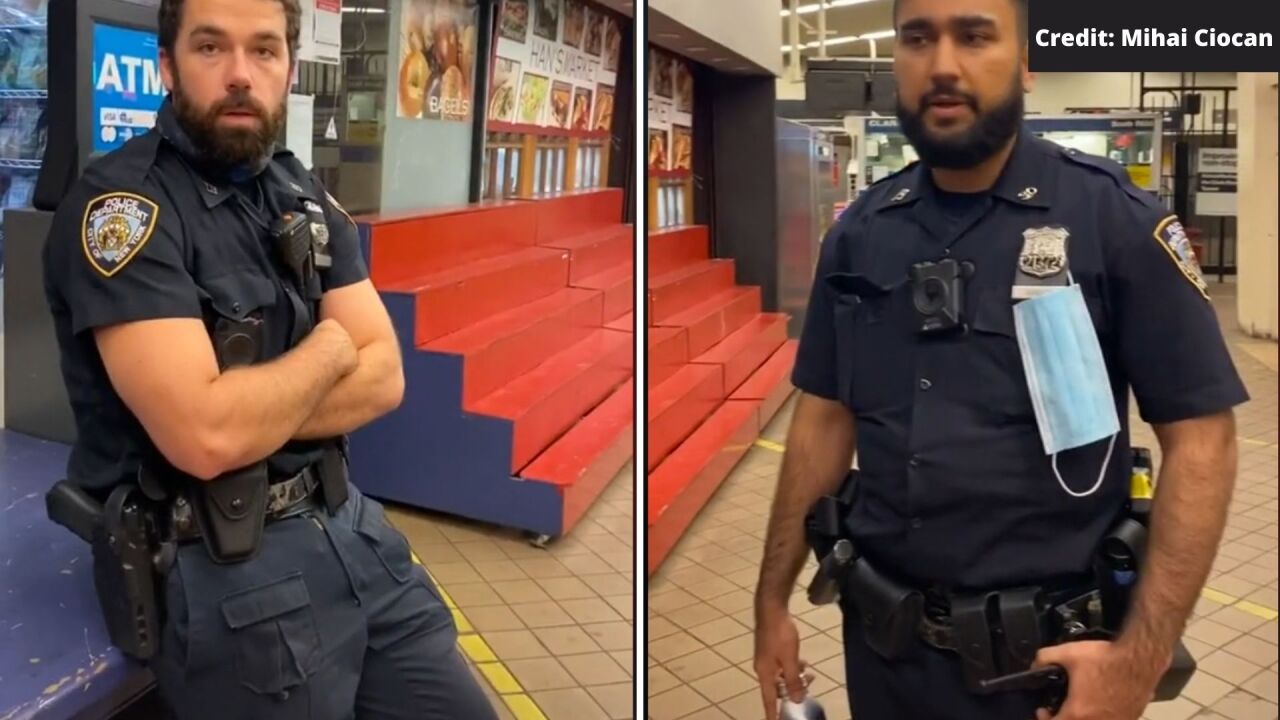 BROOKLYN — An NYPD officer called a college student in a subway station a “male version of Karen" after the student confronted a pair of maskless cops in Brooklyn, video posted Tuesday shows.

MTA and NYPD officers were meant to begin issuing $50 fines for non-compliance with a mandatory face covering policy on Monday. The officers in the video told the rider they'd put on masks if he came within six feet of them.

Mihai Ciocan, 18, pointed out that the officers looked like they were less than six feet from each other.

Their response was not what Ciocan expected.

"I actually thought I would get, you know, a logical explanation," he said. "I got called a male Karen. I wasn't even offended by it, it was just shocking. You don't expect someone with a gun to call you that."

Ciocan got out of there as fast as he could after the confrontation. He said he doesn't plan to go up to officers without masks and ask them about it again.

An MTA spokesperson said the cops were not MTA officers.

“Everyone in the transit system is required to wear a mask – it’s the law – no exceptions," Interim President of MTA NYC Transit Sarah Feinberg said. "This is a matter of respect for fellow New Yorkers, including our customers and employees, and for public health and safety.”

NYPD officers have been called out in the past for patrolling without masks on. A police spokeswoman said the department would be doing spot checks of officers throughout the system.

"It’s important officers are reinforcing the best health practices and wearing a mask for their own safety," an NYPD spokeswoman said. "Officers will continue to set the right example for the public and ensure safe transportation for riders."

"I think the best way for them to rebuild trust with the community could be something as simple as wearing a mask," the college student said.