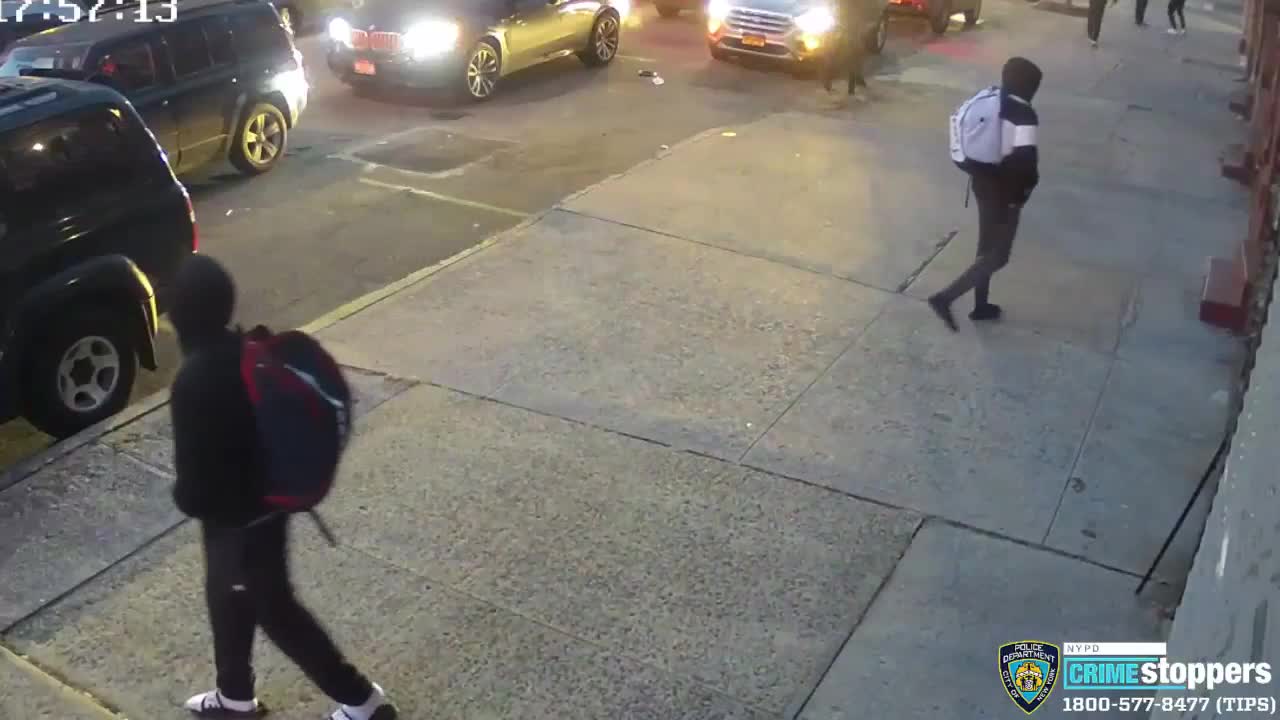 Amid a recent string of anti-Semitic hate crimes, police have released video of two that took place in less than in hour in Crown Heights on Christmas Eve.

The first incident took place at 5:20 p.m. on Union Street between Albany Avenue and Kingston Avenue. A Hasidic Jewish man was walking when a group of men approached him from behind. One of them punched the vcitim in the back of the hand, knocking him to the ground, while another recorded it on his phone.

The men crossed over to the south side of Union Street and fled east on Union towards Albany. The victim refused medical attention.

The second incident happened at 5:56 p.m. at Albany Avenue and Lincoln Place. A group of males approached a 23-year-old Hasidic man on the sidewalk. One of the men struck the victim in the head with a chair and punched him in the face, while another menaced the victim with a stick.

The men crossed the street and fled again. The victim refused medical attention.