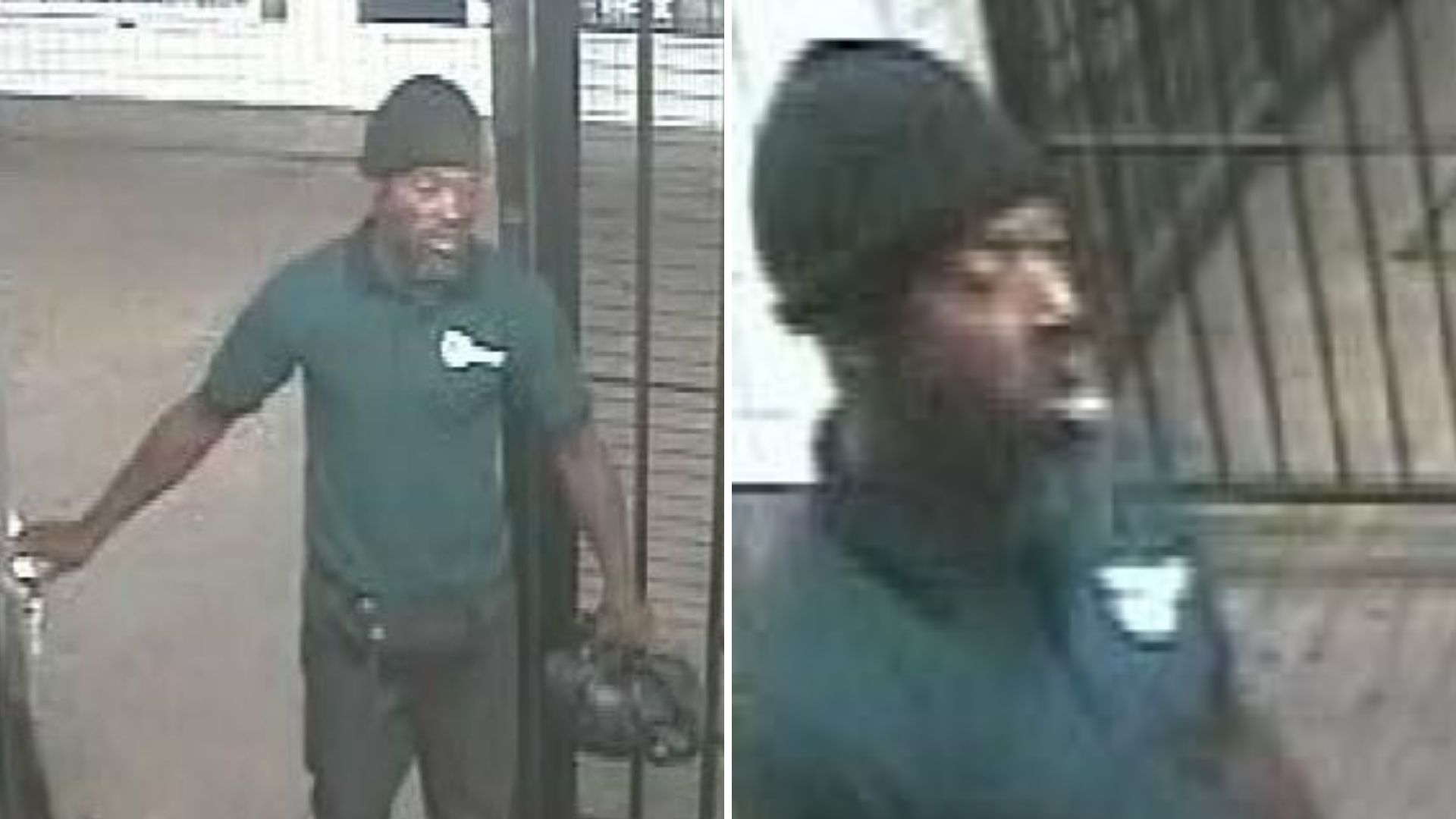 A series of assaults on MTA workers in just one day Tuesday has officials concerned. The NYPD has now released new surveillance video of a man accused of shoving a conductor onto train tracks in a Brooklyn station. 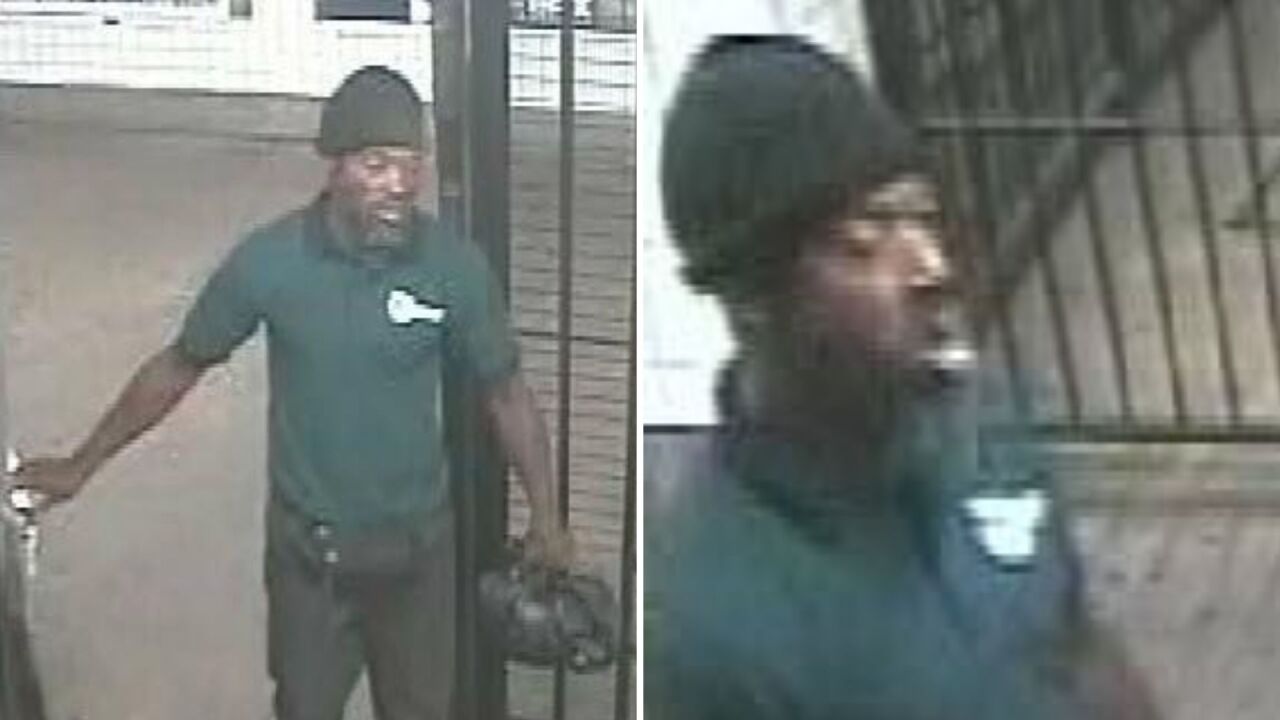 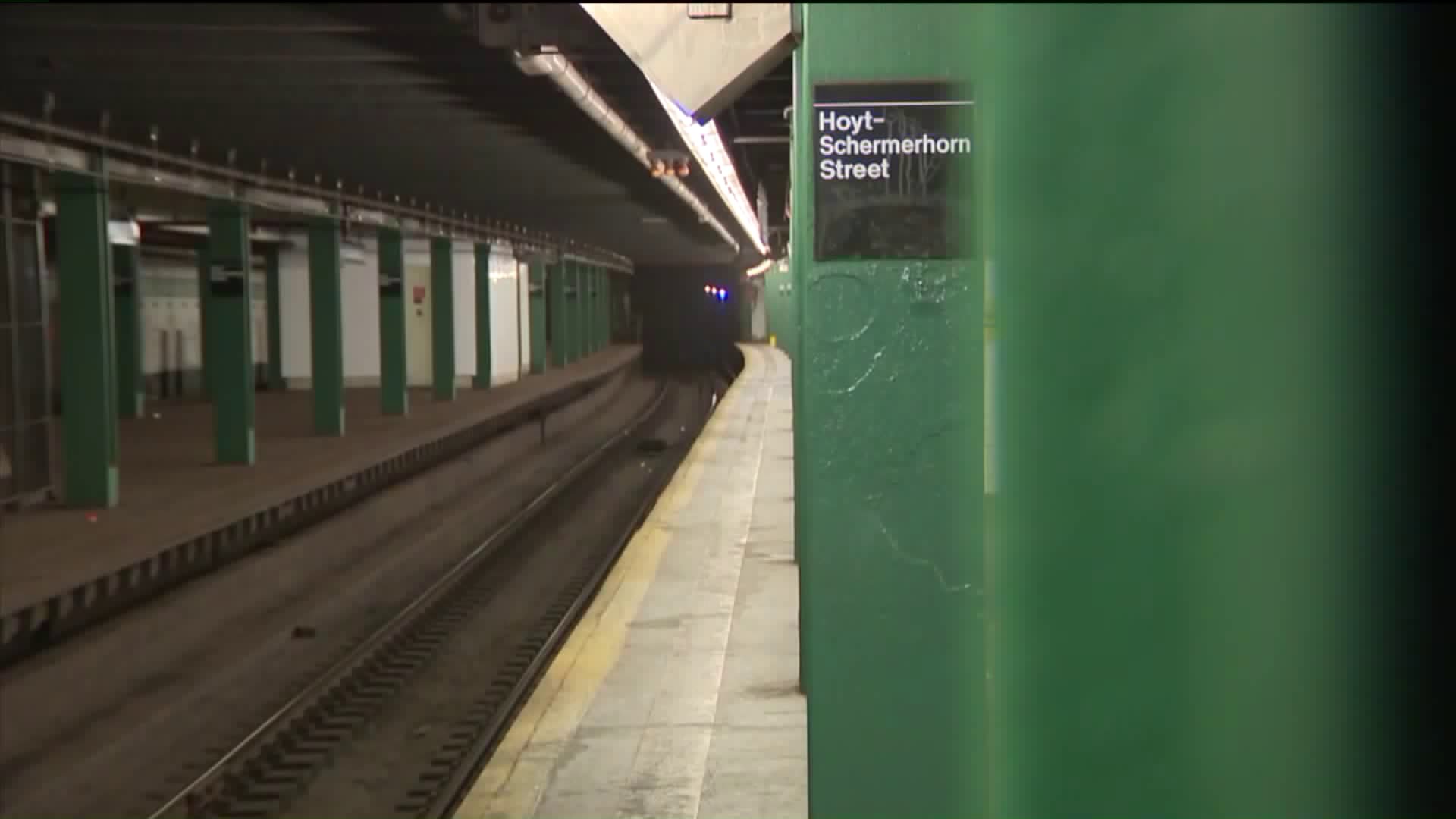 DOWNTOWN BROOKLYN — The NYPD has released new video of a man they say allegedly pushed an MTA conductor onto train tracks at a Brooklyn subway station Tuesday morning.

The 65-year-old conductor was working on the platform of the Manhattan-bound A and C trains at the Hoyt-Schermerhorn subway station around 7:50 a.m. when he was shoved, according to the MTA and NYPD.

Tweeting out the new video Tuesday night of the man they're looking for, police said the conductor was "seriously injured in a cowardly and unprovoked attack."

Right now: We’re searching for this felony assault suspect after an @MTA NYCT worker was pushed to the subway tracks and seriously injured in a cowardly and unprovoked attack today at Hoyt St/Schermerhorn station- Please ☎️ @NYPDTips at 800-577-TIPS with any info! pic.twitter.com/d4vloFJIhx

“There was no argument,” Loegel said in a statement. “He just shoved the conductor off the platform onto the tracks and ran off.”

The conductor hit his head on the roadbed and was taken to a hospital for injuries to his neck, back and head, according to the MTA.

The suspect fled the station and no arrests have been made, an NYPD spokesman said.

“He’s in excruciating pain. He chipped a bone on his spine,” he said.

Crews have been confronted by an increase in assaults since last year.

The incident is one of three attacks on MTA workers on Tuesday alone, according to NYC Transit interim president Sarah Feinberg.

About 20 minutes after the conductor was attacked, a man punched and shattered the driver’s side window of an in-service Q56 bus while it was idling at the Jamaica Avenue bus stop at 132nd Street in Queens, according to the MTA.

The man also yelled at the driver before running off, officials said.

Police were called to the scene and a report was filed.

Passengers were removed from the bus and no injuries were reported, officials said.

The third attack happened on Monday around 11:05 p.m., when a man held open the doors of an out-of-service bus at Fourth Avenue and East 8th Street in Manhattan and a woman ran onto the bus and punched the driver in the face several times, according to the MTA.

Police and EMS were called to the scene, and the driver was taken to a hospital with non-life-threatening injuries, officials said.

“Attacking a public servant who is working hard to keep New York moving during this time of uncertainty is heartbreaking, outrageous, and frankly, unfathomable,” Feinberg said in a statement. “These reckless displays of violence are part of a troubling pattern we are seeing across our system. We have sounded the alarm on this disturbing trend to the NYPD a number of times. More needs to be done.”

TWU Local 100's President Tony Utano said the MTA "has to do better job protecting its workers either with the NYPD or its own police officers."

The MTA has increased coordination with NYPD, which patrols the subways. Public campaigns have spread the word about penalties for assaults on transit workers.