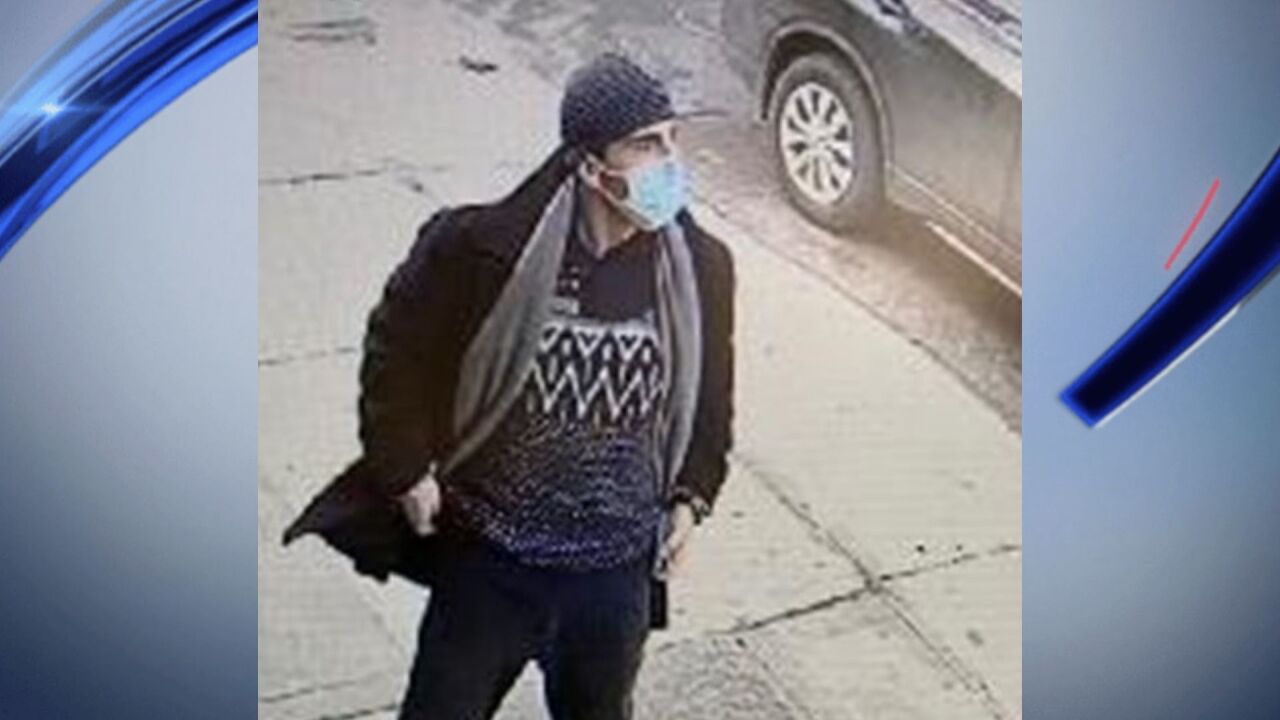 NYPD
Surveillance image of a man believed to have stabbed a Brooklyn taxi driver in the neck before stealing his minivan cab on Monday, Dec. 28, 2020, according to police.

BENSONHURST, Brooklyn — The NYPD has released new video and images of a man they say stabbed a Brooklyn cab driver in the neck before stealing his vehicle on Monday.

The cellphone video shows the moment the suspect abandoned the taxi in the middle of the street and fled the scene on foot.

According to police, it all started around 12:50 p.m. when the cabbie picked up the suspect up at a taxi stand on 86th Street in the Bensonhurst area.

The passenger asked the driver to take him to Bay Parkway and 81st Street. Once they arrived, the man took out a nail file and demanded cash, police said.

The unidentified man then began stabbing the driver in the neck with the nail file before grabbing the victim's phone, authorities said.

According to police, the injured victim exited the minivan and the attacker got into the driver's seat. But then the victim got back into the cab through the rear passenger door.

Then the man drove the stolen taxi eastbound on Avenue S and eventually collided with several other vehicles near West Ninth Street, officials said.

Soon after, he abandoned the cab and fled on foot, officials said.

The NYPD initially described the violent thief as a man around 30 years old and have since released the above video and surveillance photo of who they're looking for.

The victim sustained cuts and puncture wounds to his neck and was taken to a nearby hospital for treatment.