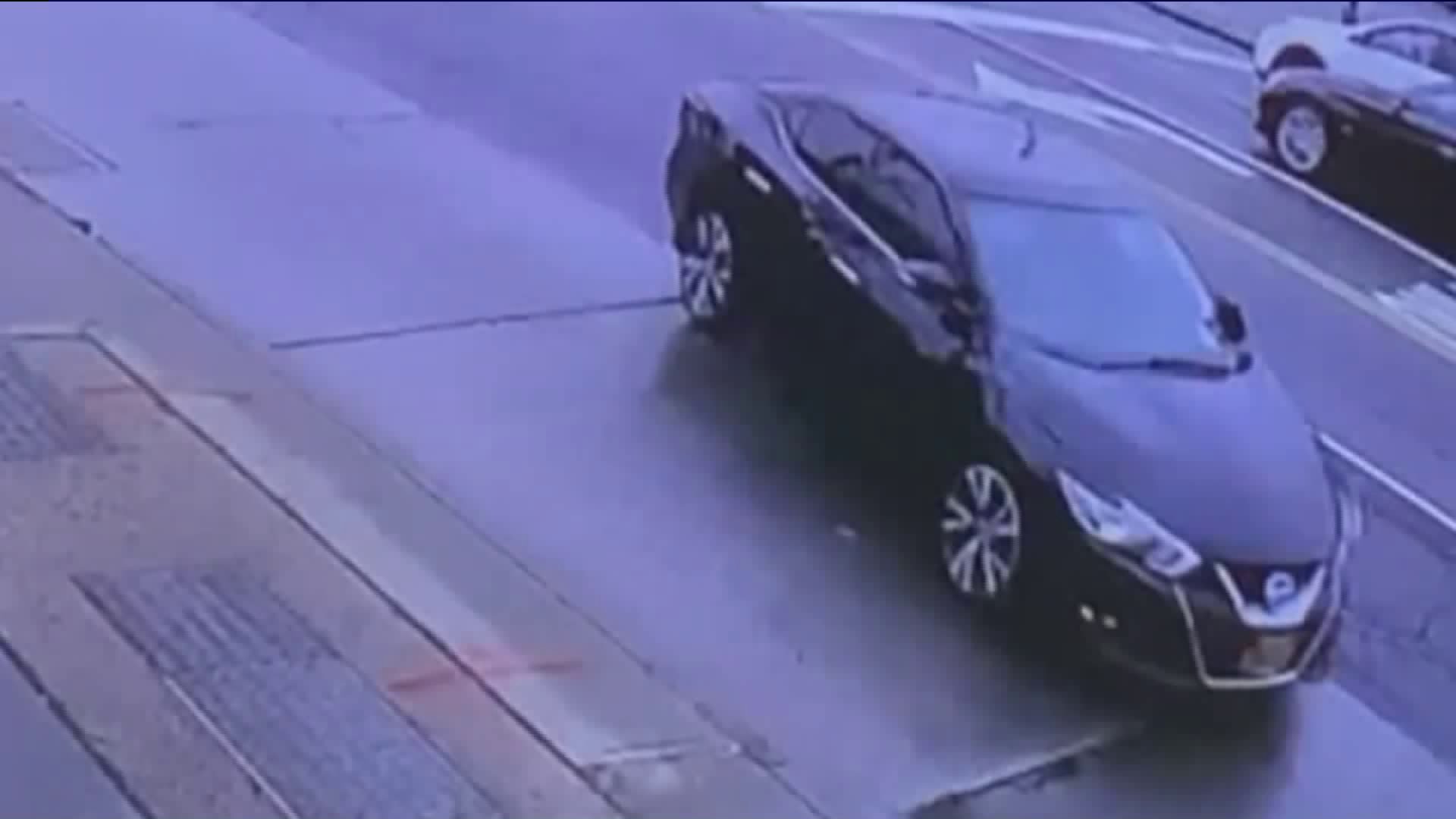 Magee Hickey reports on the investigation into the deadly collision.

CANARSIE, Brooklyn — The details of this fatal hit-and-run are heartbreaking.

A 70-year-old woman up from Florida reportedly to visit her son for the holidays was struck and killed by a dark sedan on Flatlands Avenue and East 78th Street at about 1:30 pm Friday afternoon.

In the surveillance video, you can see the moment of impact. Police say the car, possibly a Nissan Maxima, was making a left-hand turn onto Flatlands Avenue westbound.

Maria Lorente, 70, of Miramar, Florida, was in the crosswalk when she was hit and then dragged close to 30 feet.

By the time EMS arrived, she was unresponsive and unconscious.

She was pronounced dead at a local hospital.

“It’s horrible. It hurts me,” Jacqueline Sergeant, a Canarsie neighbor, told PIX11 News. “It could have been me or a family member, that’s unacceptable,” she added.

Witnesses reportedly said a good Samaritan tried to stop the driver of the car, but the driver kept on going.

The Lorente was said to be on an errand to buy a loaf of bread when she was struck and killed. Now, police want your help in finding the driver.

“That’s somebody’s mom, aunt, sister. You just don’t walk away from somebody like that,” Sergeant said. “I hope they catch him soon,” she added.