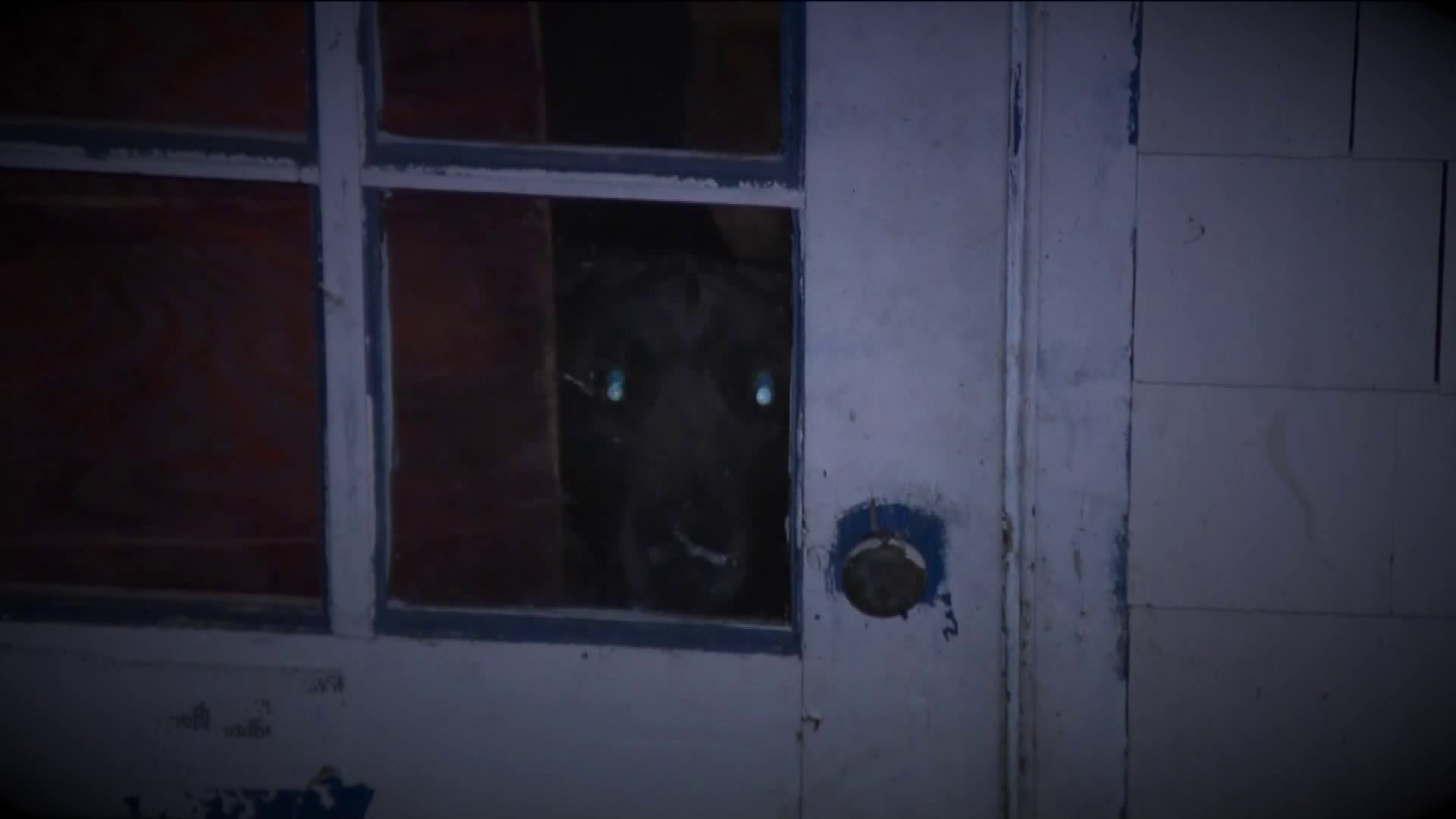 On one block of Bay Ridge, neighbors said squatters are running a puppy mill inside a foreclosed home, and after reaching out to police and elected officials without any results, they're now worried the dogs won't survive the winter.

BAY RIDGE, Brooklyn — On one block of Bay Ridge, neighbors said squatters are running a puppy mill inside a foreclosed home, and after reaching out to police and elected officials without any results, they're now worried the dogs won't survive the winter.

Jack La Torre has been trying to get the dogs help for months. He called banks, which said the home was in foreclosure — but that they couldn't do anything about the people living their because of the pandemic eviction moratorium. He's called elected officials, the NYPD, and animal advocates for help, with minimal success.

"My main concern is the animals," La Torre said. "The dogs in the shed — it's not a heated shed. These guys, you know they're not caring for them properly."

La Torre regularly hears two Great Danes barking at night when they're locked inside an unheated shed.
He said since February, a man has used a previously vacant home on Bergen Place as puppy mill, with almost 20 dogs locked in cages with the sole purpose of breeding them for puppies.

The NYPD animal cruelty investigations squad went out to check on the animals, but they only surveyed from the outside and didn't find any criminal charges. They're expected to come back out this week. But neighbor Lisa Fioto said something has to be done.

"I love dogs and so as far as dogs being horded and mistreated, we can't stand for it," Fioto said. "And they have like 18 dogs over there probably between babies and puppies."

We tried to talk to the dog owners, but only one of the dogs answered when we rang the bell.

Neighbors said after several puppies died, they approached the man offering to take care of the dogs to make sure they have a good home. But they said he only threatened to call the cops.

For now, the neighbors say they'll wait to try and resolve things amicably. If the cops can't help, they plan to reach out to the mayor's new Thrive program, but they say the city needs to step in to help before it's too late for the dogs.