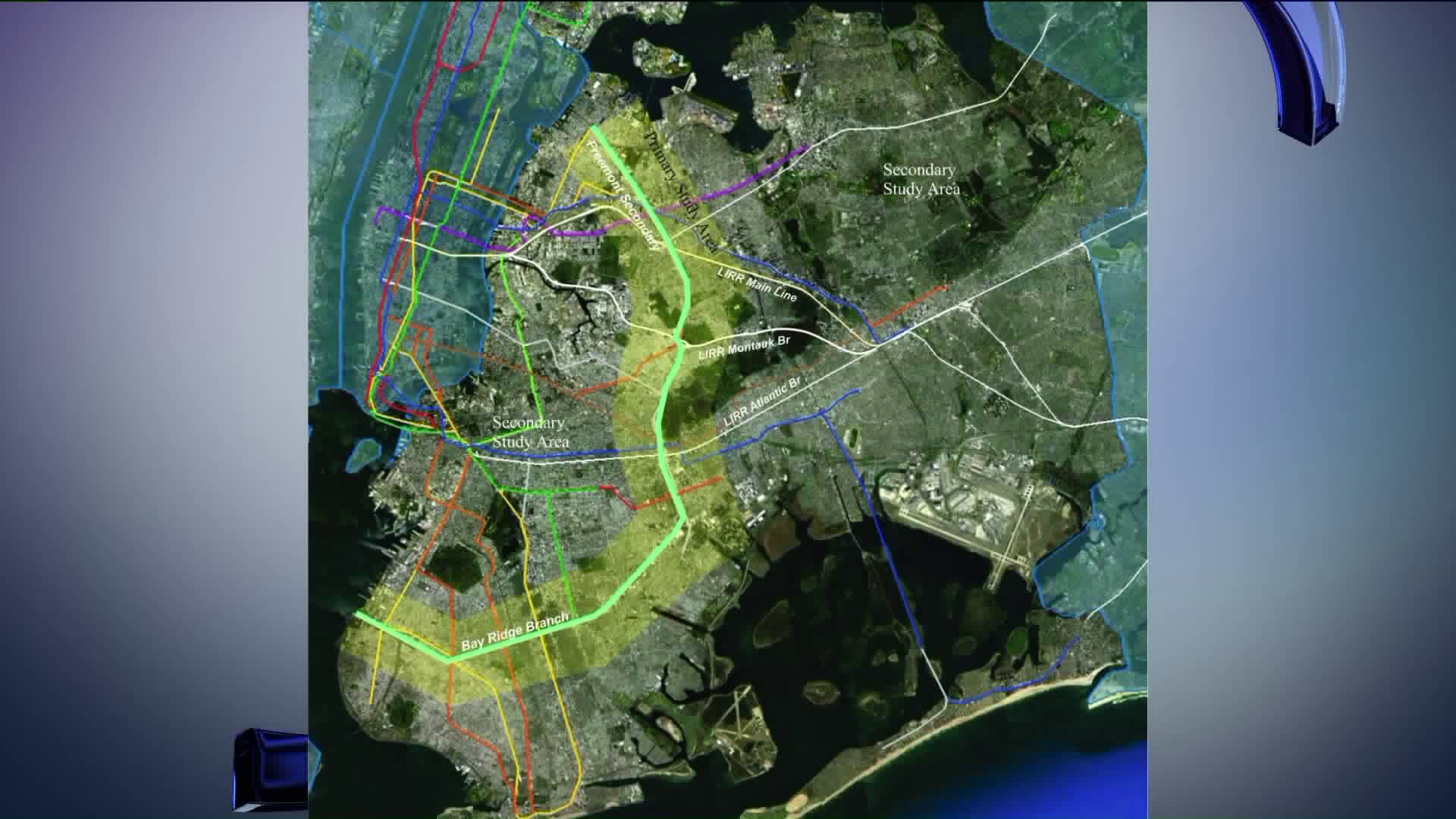 Imagine a commute from the Bronx to Brooklyn that doesn't require a trip through Manhattan.

Imagine a commute from the Bronx to Brooklyn that doesn't require a trip through Manhattan.

The MTA has announced an engineering study to look at part of that route. The $1.3 million contract was awarded to AECOM, who will look at the feasibility of starting passenger service on a freight-only rail line running from Bay Ridge and Sunset Park in Brooklyn to Astoria, Queens.

“This project is hugely exciting, partly because it is based on the concept of squeezing more out of our already existing infrastructure so we don’t always have to build new subway lines from scratch,” said MTA Chief Development Officer Janno Lieber.

"Transit service on the Bay Ridge Line would not only provide better transit service between the outer boroughs but also cut construction and acquisition costs since the rail tracks are already there. This study will build on our initial concept, and evaluate cost, feasibility, among other issues, to help push the project forward. We are excited to keep working with the MTA and all other partners on this.”