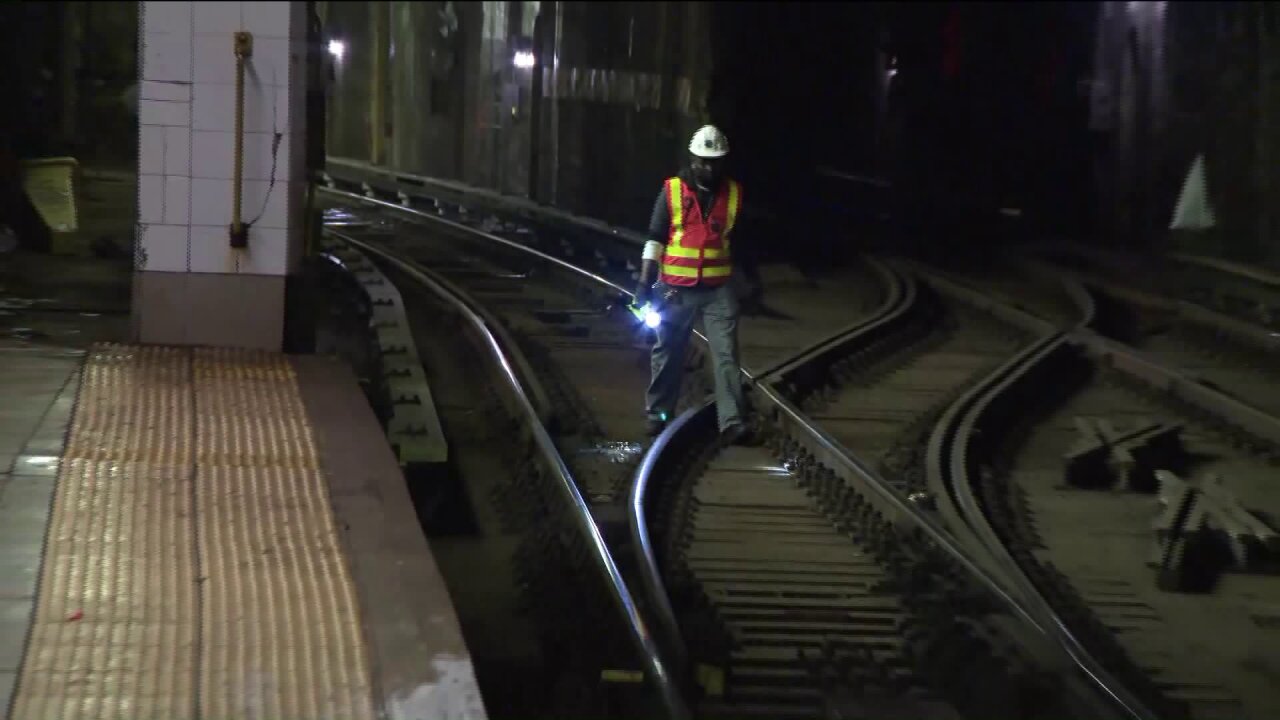 PIX11 News
MTA workers at the Atlantic Avenue-Barclays Center subway station in Brooklyn after a minor subway train derailment near the station on Thursday morning, Nov. 5, 2020, the FDNY said.

BROOKLYN — Subway service was temporarily disrupted Thursday morning after a train derailment in Brooklyn, the FDNY and MTA said.

According to the FDNY the report came in around 4:10 a.m. for a "minor train derailment" near the Atlantic Avenue-Barclays Center station.

There were no injuries reported but the incident resulted in many delays and service changes along the D, N, Q and R subway lines.

Just after 8 a.m. the MTA tweeted that there were residual delays on the D, N and R lines, and that the D and N service was "fully operational," while warning riders to expect longer waits as trains get back on schedule.

The MTA said on Twitter at 7:30 a.m. that trains along the effected lines were proceeding but with extensive delays in both directions.

There are residual delays in D N and R trains after a train, which was not in passenger service, experienced a minor one-car derailment near Atlantic Ave-Barclays Ctr. D and N service is now fully operational but expect longer waits as we get trains back on schedule. pic.twitter.com/w0F9sxXJmv

Earlier there was "limited service" on those lines between Brooklyn and Manhattan while the FDNY investigated.

Riders were initially instructed by the MTA to consider using 2, 3, 4 or 5 train service between Manhattan and Brooklyn.