Men drag victim from car, beat him on Brooklyn street 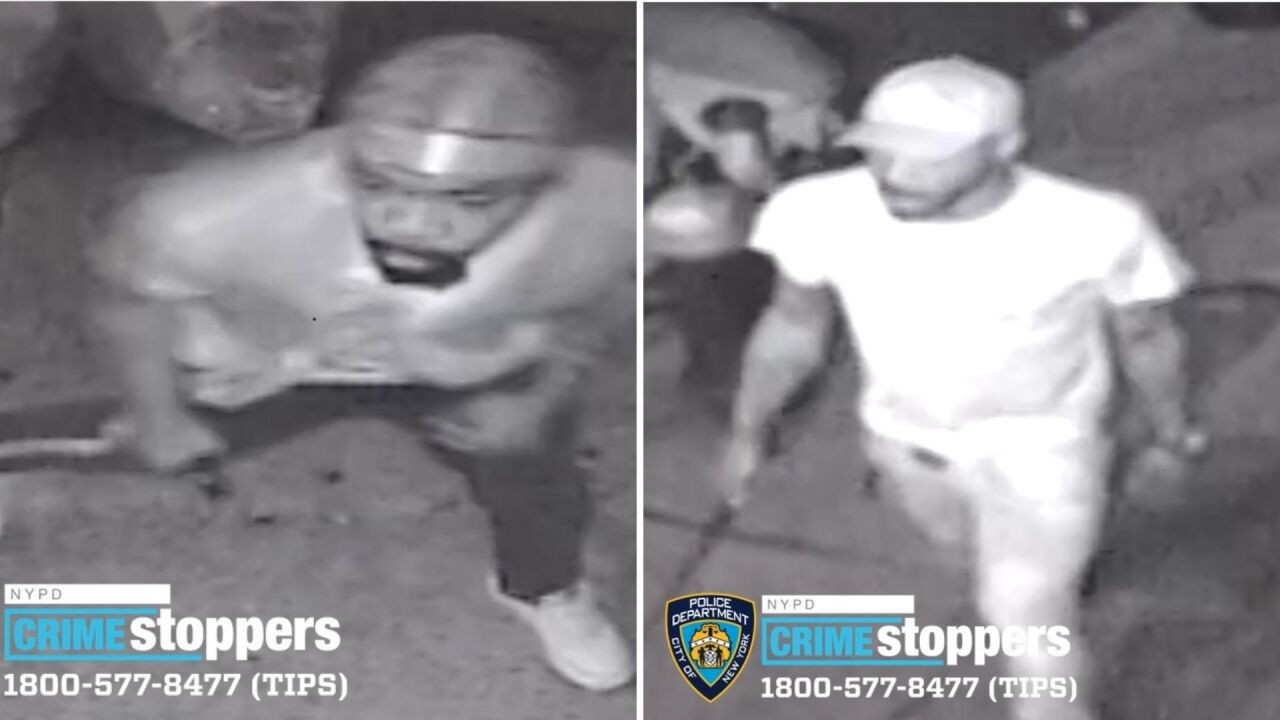 Police have asked for help identifying these men in connection with an East New York assault. (NYPD)

EAST NEW YORK, Brooklyn — Two men dragged another man from his car and then beat him on a Brooklyn street, police said Wednesday.

The victim parked on Sheffield Avenue near Pitkin Avenue on Aug. 17, official said. He was there to meet friends.

As he waited, the suspects parked an SUV across the street, police said. They came over to the victim's car and attacked. One of the men used an expandable night stick and the other man had a black firearm.

The attackers took the victim's identification. One of them fled on foot and the other man left in the SUV.