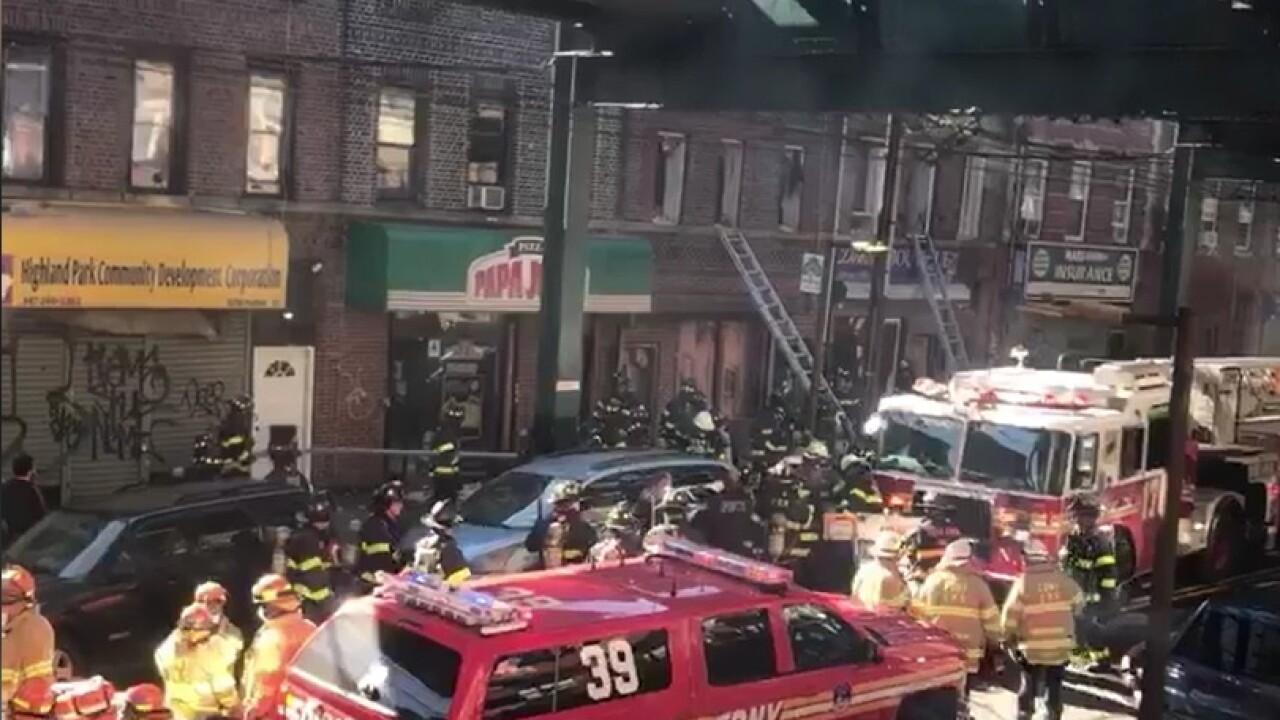 CYPRESS HILLS, Brooklyn — Firefighters responding to the scene of a fire in Brooklyn Saturday morning found a marijuana grow house, according to FDNY officials.

No injuries were reported at the fire, which broke out around 10:25 a.m. on Fulton Street near Chestnut Street in Cypress Hills, officials said.

The fire grew to two alarms and was brought under control just after 12 p.m.

A grow house or grow room is typically used to cultivate multiple marijuana plants. It was not immediately clear how large the grow house was.