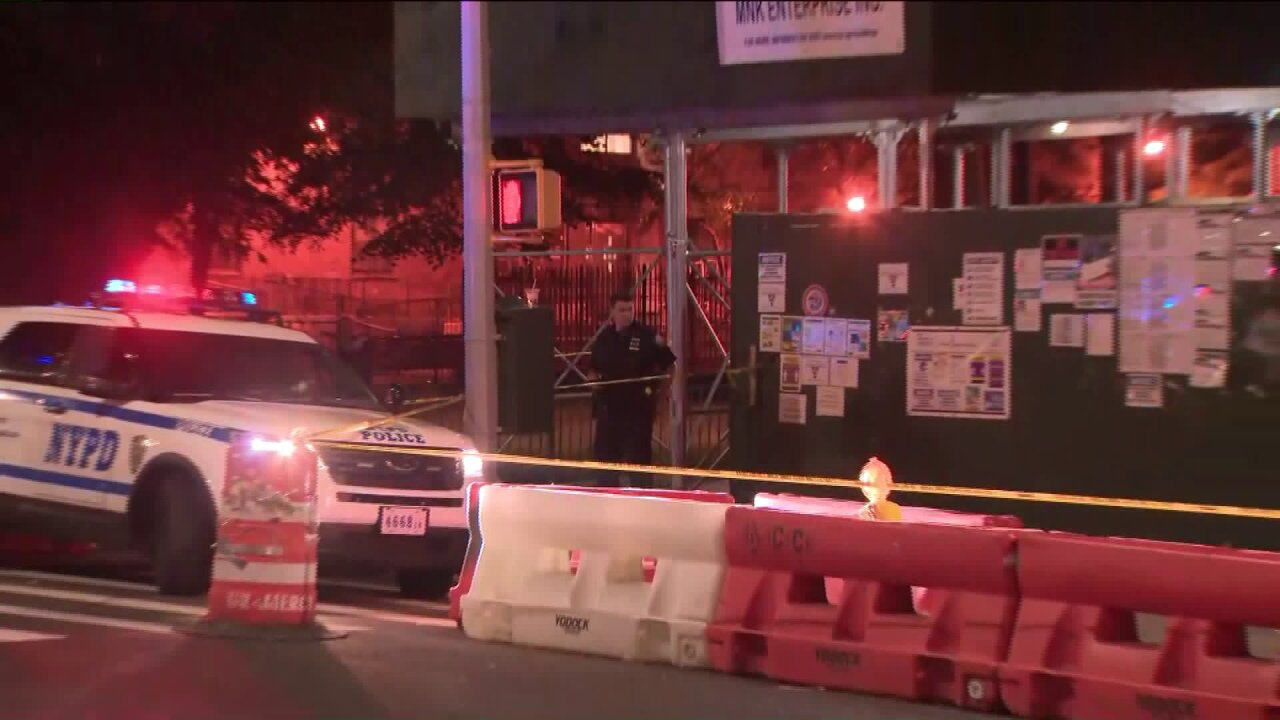 PIX11 News
Scene after a man and woman were struck by stray bullets in Bedford-Stuyvesant, Brooklyn, on Tuesday night, Sept. 8, 2020, according to police.

BEDFORD-STUYVESANT, Brooklyn — A man and woman were both wounded by stray bullets when gunfire erupted in Brooklyn late Tuesday night, police said.

Authorities said the shooting happened around 10:40 p.m. at the Marcy Houses, on Marcy Avenue, in the Bedford-Stuyvesant section.

According to police, the man, 42, was shot in the wrist, while the woman, 46, was struck by a bullet in the leg.

The pair were rushed to a local hospital. Their conditions were not immediately known.

Police said they were hit by stray bullets when an unknown shooter fired a gun at another individual in the area.

The Daily News reported the two victims are a married couple and that the bullets shot through their third-floor apartment window. Police could not confirm these details.

The suspected shooter fled in an unknown direction and no arrests have been made, cops said.

The NYPD said the investigation is ongoing.