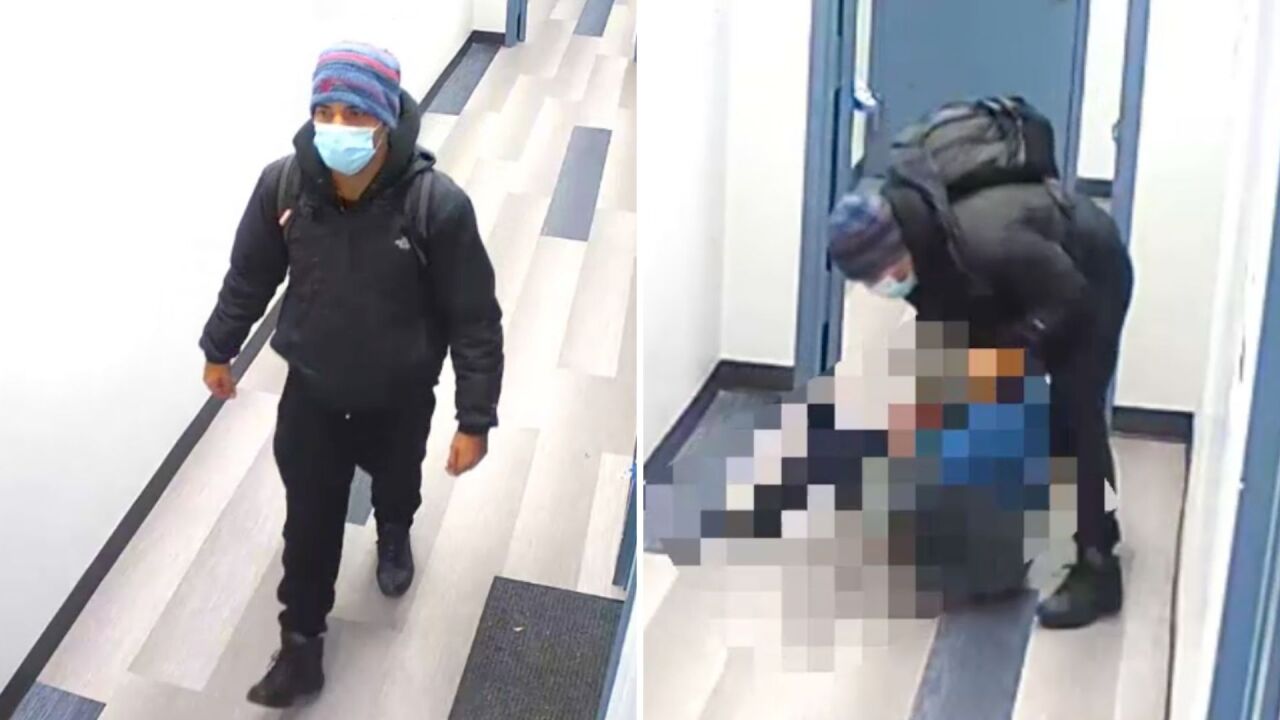 NYPD
Surveillance images of a man wanted by police in connection with the attempted rape of a 14-year-old girl in a Brooklyn doctor's office, on Foster Street in the Midwood section, on Sunday, Nov. 22, according to police.

Original story:
Police said they're looking for a man accused of exposing himself to a teenage girl before forcing her to the ground in a Brooklyn doctor's office.

The NYPD said the attack happened last Sunday just before 1 p.m. in a hallway inside a building on Foster Street, near East 3rd Street in the Midwood section.

The victim and her mother were heading to the doctor's office for an appointment. The teen had ridden her scooter ahead and arrived before the mom, according to police.

Once inside the building, authorities said the unidentified man approached the child and exposed himself.

The girl tried to run away but the man grabbed her and knocked her to the ground while covering her mouth, telling her to "shut up" and stop screaming, police said.

RECOGNIZE HIM? Man sought after forcing 14-year-old girl to the ground, exposing himself in hallway of Brooklyn doctor's office, police say

The teen continued to resist and the attacker eventually let go. He fled the building and hopped on a moped, riding off on Foster Avenue, toward McDonald Avenue, according to officials.

Police said the girl was not physically injured in the attack.

The NYPD has released the above surveillance footage and photos of the incident and the man they're looking for.