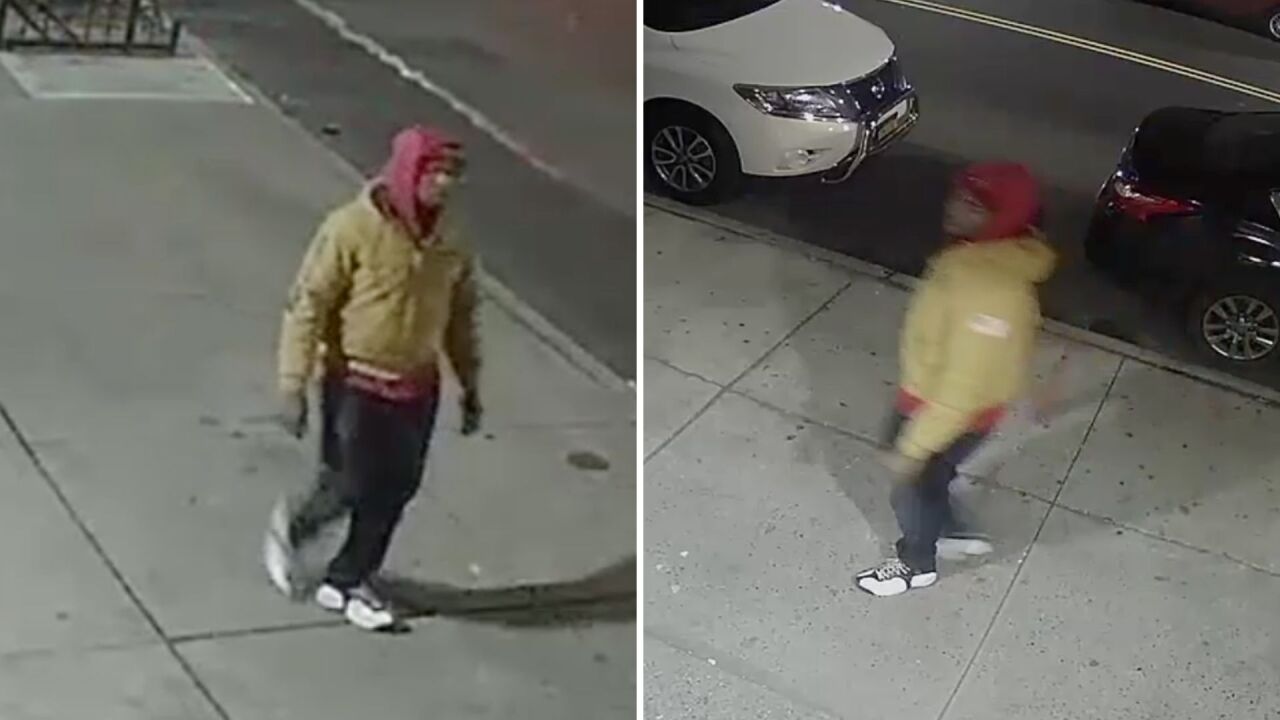 NYPD
Surveillance images of a man accused of raping a 19-year-old woman after grabbing her on Ralph Avenue in the Brownsville section of Brooklyn on Monday, Dec. 28, 2020, according to the NYPD.

BROWNSVILLE, Brooklyn — Police are looking for a man accused of raping a teenager at knifepoint after grabbing her on a Brooklyn street early Monday, according to the NYPD.

According to police, the 19-year-old woman was near the intersection of Ralph and East New York avenues in the Brownsville area around 12:15 a.m. when an unidentified man approached her from behind and grabbed her.

He held a kitchen knife to her throat and threatened to kill her if she resisted, authorities said.

The attacker then led the victim less than a block away and took her inside a building at 672 Ralph Ave. where he raped her, the NYPD said.

The man then fled the scene on foot.

The woman was taken by EMS to a nearby hospital where she was treated and released, police said.

The NYPD released the above surveillance images of the man they're looking for in connection to the sexual assault.