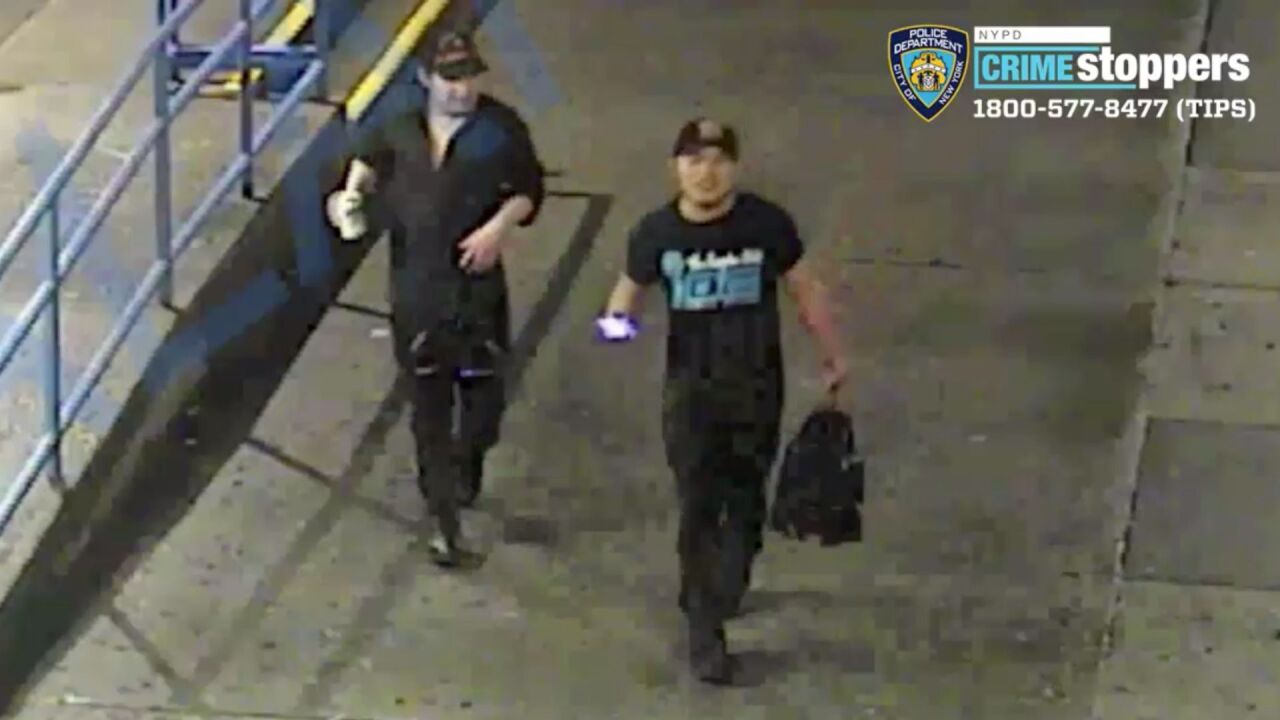 NYPD
Surveillance image of two men wanted in connection to a violent attempted robbery of a man in Sunset Park, Brooklyn, on Wednesday, Feb. 5, according to police.

SUNSET PARK, Brooklyn — Police are looking for two men in connection with a violent attempted robbery of a man in Brooklyn earlier in February, the NYPD said Thursday.

According to authorities, back on Wednesday, Feb. 5, the unidentified pair approached the 31-year-old man and demanded his money around 2:30 a.m., in the vicinity of 52nd Street and Fifth Avenue in Sunset Park.

When the victim refused, the two men took out a box cutter and slashed him in the neck and cheek before fleeing on foot in an unknown direction, police said.

EMS responded and the man was taken to an area hospital, where he was treated for his injuries and released, officials said.

No property was stolen in the incident.

The NYPD has released the above surveillance image of the two men they're looking for.