Man dead, another critical after 4 shootings overnight across Brooklyn: police 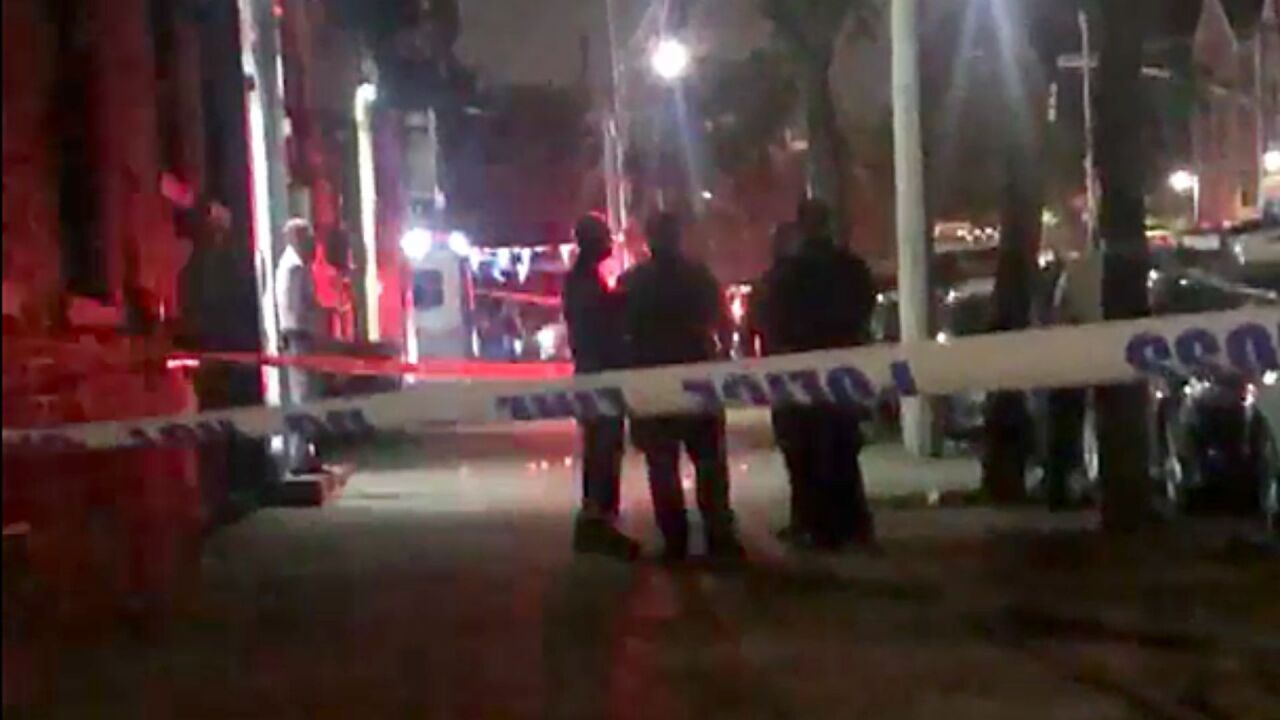 Citizen App
Police on the scene after 20-year-old Darien Simpson was found fatally shot on Howard Avenue, in the Brownsville section of Brooklyn, just before 1 a.m. Wednesday, Sept. 2, 2020, according to the NYPD.

BROOKLYN — A series of Brooklyn shootings in under three hours late Tuesday night left one man dead and three others hospitalized, police said.

Three of the shootings, including the fatal incident, occurred in the Brownsville section, while the first took place in the Fort Greene area.

According to the NYPD, around 10 p.m. police responded to a report of a man shot on Park Avenue, near Carlton Avenue.

Officers found a 26-year-old man inside a vehicle with a gunshot wound to the head, police said. He was rushed to a nearby hospital and was listed in critical condition early Wednesday.

Officials said it was not clear what led to the shooting.

Less than 90 minutes later, police responded to reports of a shooting around 11:20 p.m. at the Langston Hughes Houses on Sutter Avenue in the Brownsville area, according to the NYPD.

Cops found a 19-year-old man who had been shot in the leg and buttocks. He was taken to a local hospital with what police called non-life-threatening injuries.

Next, gunfire erupted just before midnight on Bristol Street, between Livonia and Dumont avenues, police said.

According to officials, responding officers discovered a 33-year-old man who had been shot in the face and arm. He was taken to another local hospital with non-life-threatening injuries.

Officers responded to reports of a man shot on Howard Avenue, between Dean and Pacific streets, and found the 20-year-old victim unconscious and unresponsive, with a gunshot wound to the chest, authorities said.

EMS rushed the man to a nearby hospital where he was pronounced dead.

Police identified the victim as Darien Simpson of Brooklyn.

No arrests have been made in this or any of the four shootings, according to the NYPD. They said the investigations remain ongoing.