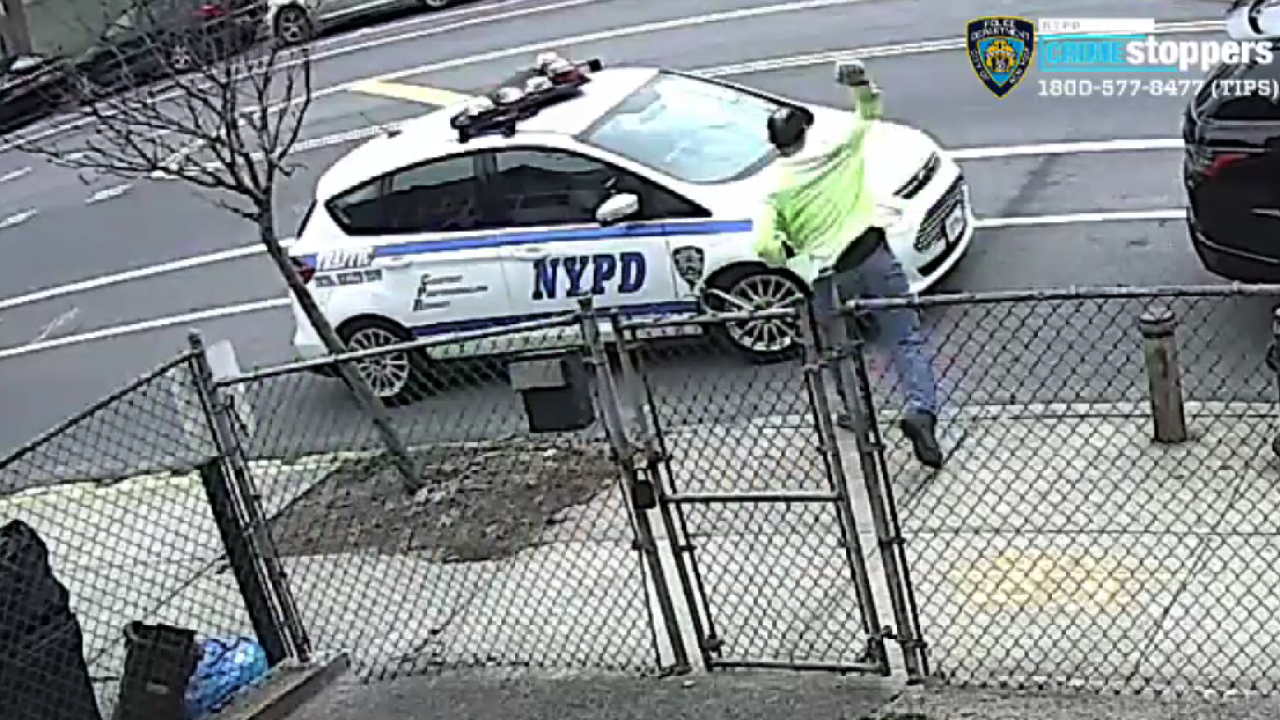 DYKER HEIGHTS, Brooklyn — Police are searching for a man who was caught on surveillance video vandalizing a marked police vehicle in Brooklyn on Friday.

The traffic enforcement vehicle was parked on Seventh Avenue near 90th Street in Dyker Heights around 10 a.m. when the man threw an unknown object at the windshield and used his fists to punch the vehicle and the passenger side mirror, police said. The suspect then fled along Seventh Avenue toward 92nd Street, police said.

WATCH: Police are looking for a man who vandalized an NYPD vehicle in Dyker Heights.

No one was injured during the incident, according to police.

The man was described by police as a man in his 30s with black hair, brown eyes and a thin build. He was last seen wearing a green sweatshirt, blue jeans and brown shoes, police said.