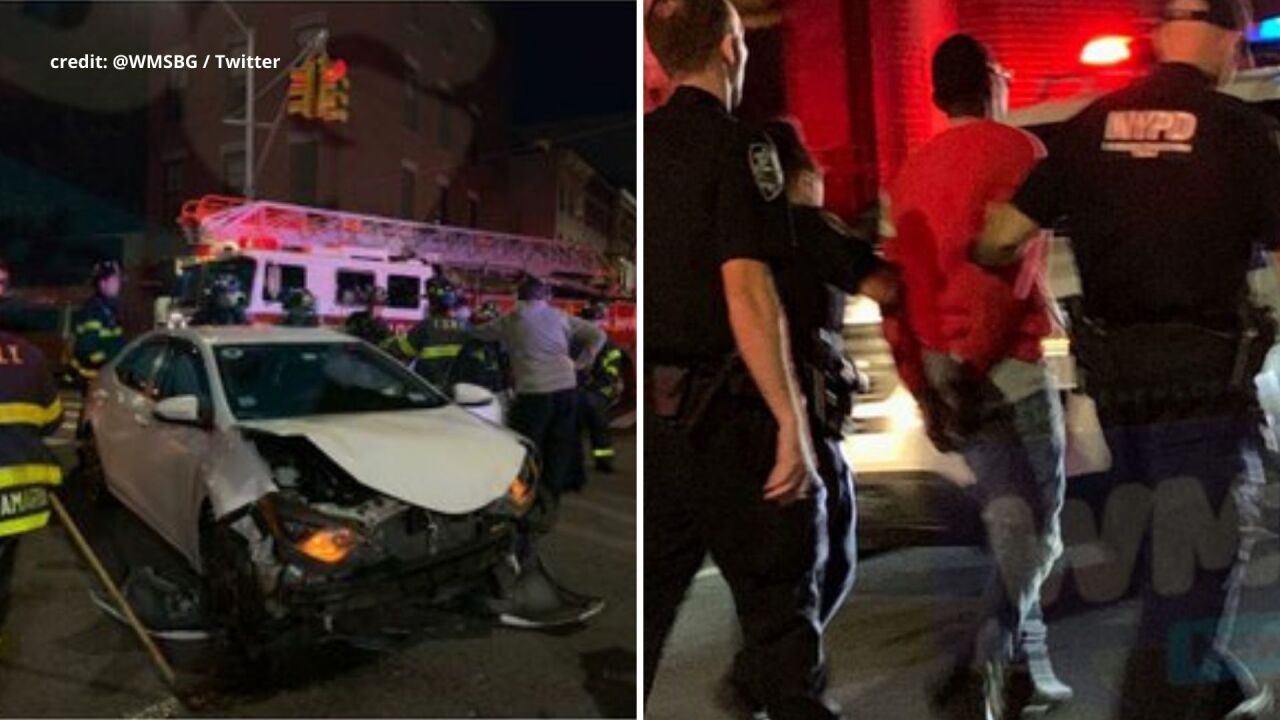 Courtesy: @WMSBG on Twitter
A 23-year-old man was arrested after allegedly stealing an NYPD traffic vehicle and then crashing into a livery cab in the Bedford-Stuyvesant section of Brooklyn early Thursday, Oct. 1, 2020.

BEDFORD-STUYVESANT, Brooklyn — A man was arrested early Thursday after allegedly stealing a police vehicle before crashing into a cab in Brooklyn overnight, according to the NYPD.

Authorities said a man, 23, somehow got inside a marked NYPD traffic vehicle and sped off.

Soon after, he crashed into a livery cab in the vicinity of Taaffe Place and Park Avenue, police said.

Passengers inside that cab suffered minor injuries in the crash, according to authorities. Their condition was not immediately known.

Cops were able to arrest him at the scene, the NYPD said.

No further information on the man arrested or the incident were given.