Local artist creates mural to honor Kobe Bryant, others that died in crash 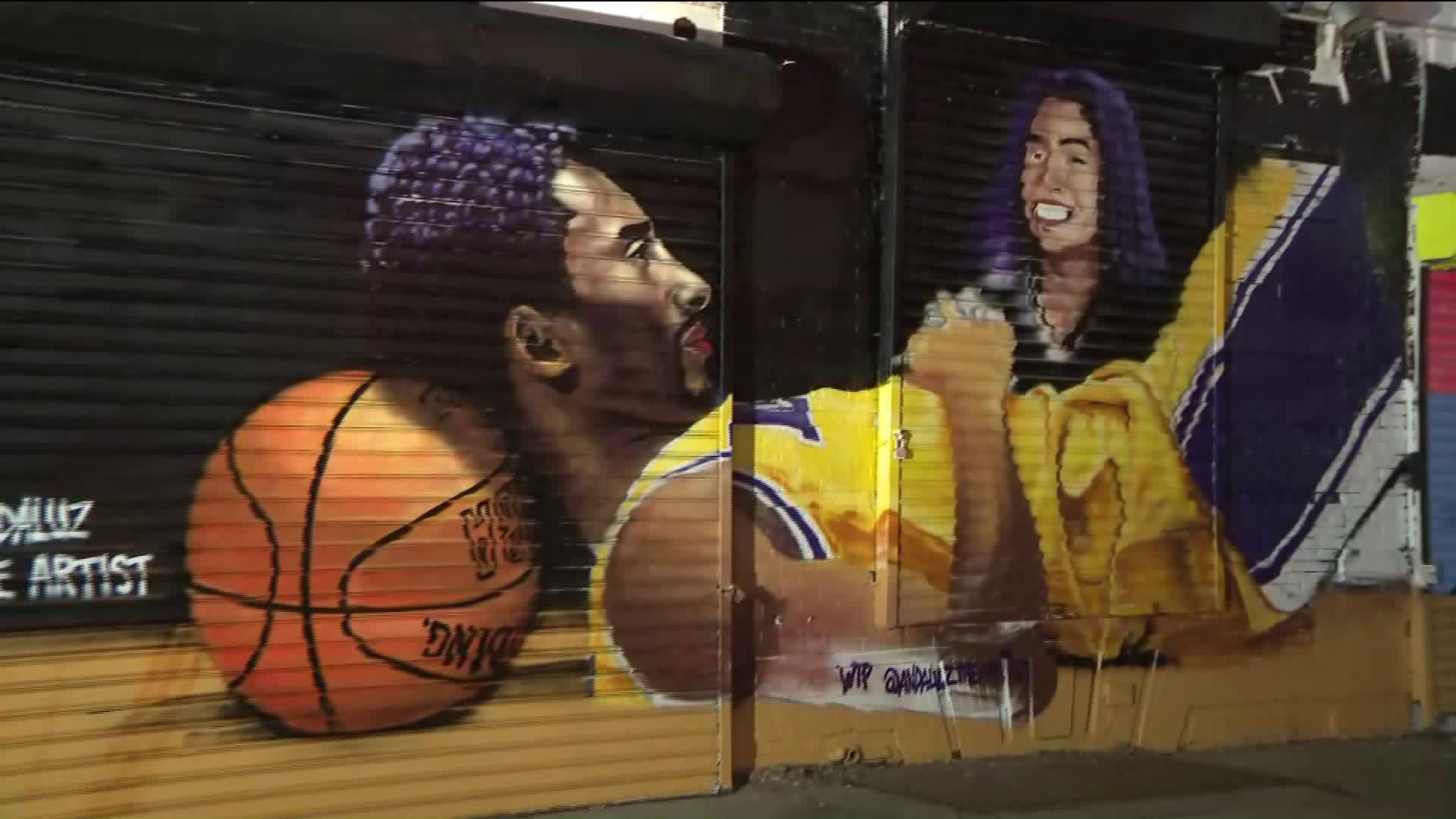 A local artist and lifelong Lakers fan used his talent to honor nine people that died in a helicopter crash, including Kobe Bryant.

BROOKLYN — Born in Queens, Efren Andaluz is a Long Island-based artist and lifelong Lakers fan. At 33 years old, learning the player he grew up on had perished in a tragic helicopter crash, along with his daughter and 7 others, was nothing short of devastating.

“I just cried because I couldn't believe it. Childhood gone. It was somebody that I looked up to,” said Andaluz.

Within days, Efren could only process his grief in one way: by creating a mural to honor the life and legacy of a man he admired.

Efren also knew he wanted his work in Brooklyn, so he searched on Google Maps, and after finding a building owner who was open to the idea, came across a home for his tribute, at the corner of Flatbush Avenue and Pacific Street, right across from the Barclays Center.

Though he never donned a New York jersey, the impact Bryant's life and career had on any lover of basketball, especially here in New York, is undeniable. It's why Andaluz’s work is capturing a lot of attention.

The iconic image of Kobe Bryant was originally a photograph by Jon SooHoo, now brought to life again by Efren.

A #girldad himself, Efren said he chose the photo to replicate showing Bryant laying on a court, with his head resting on one love, while his eyes appear to look into another, his daughter Gigi.

Andaluz will also honor the memory of the others killed in the chopper accident by including their names on the mural itself.

Andaluz started the mural on January 31st and hopes to have it completed by Tuesday, February 4th.