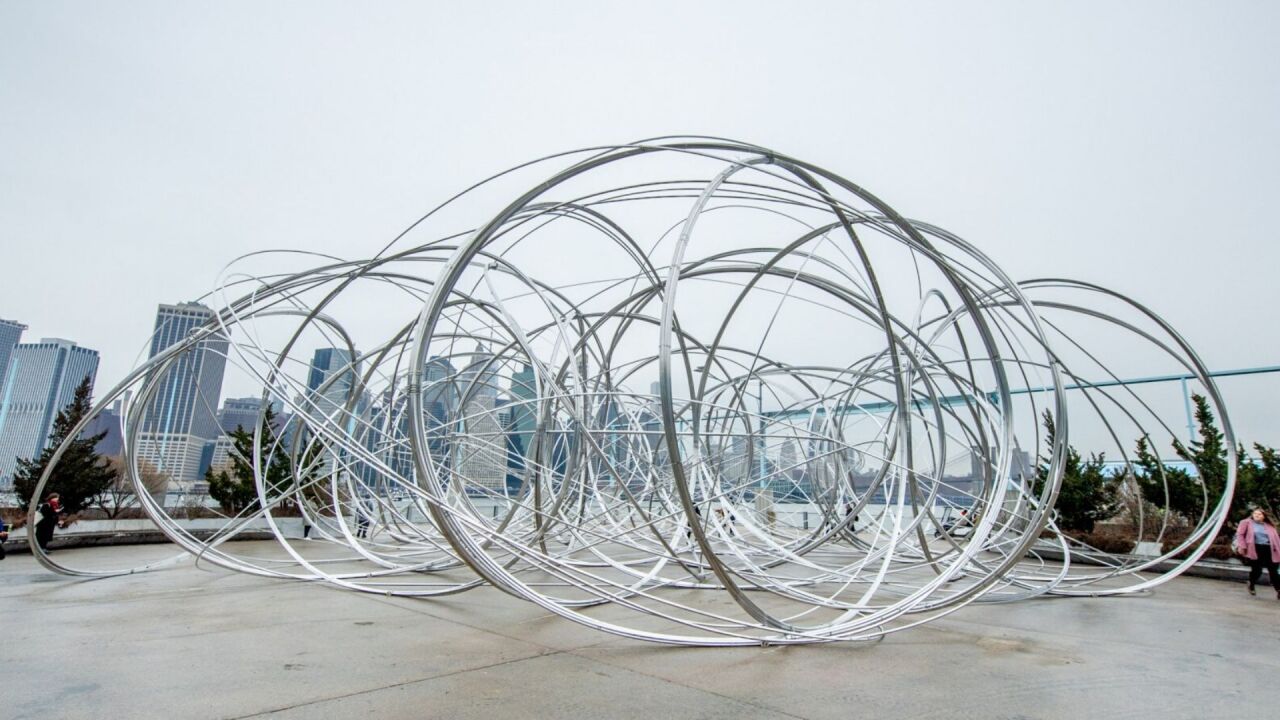 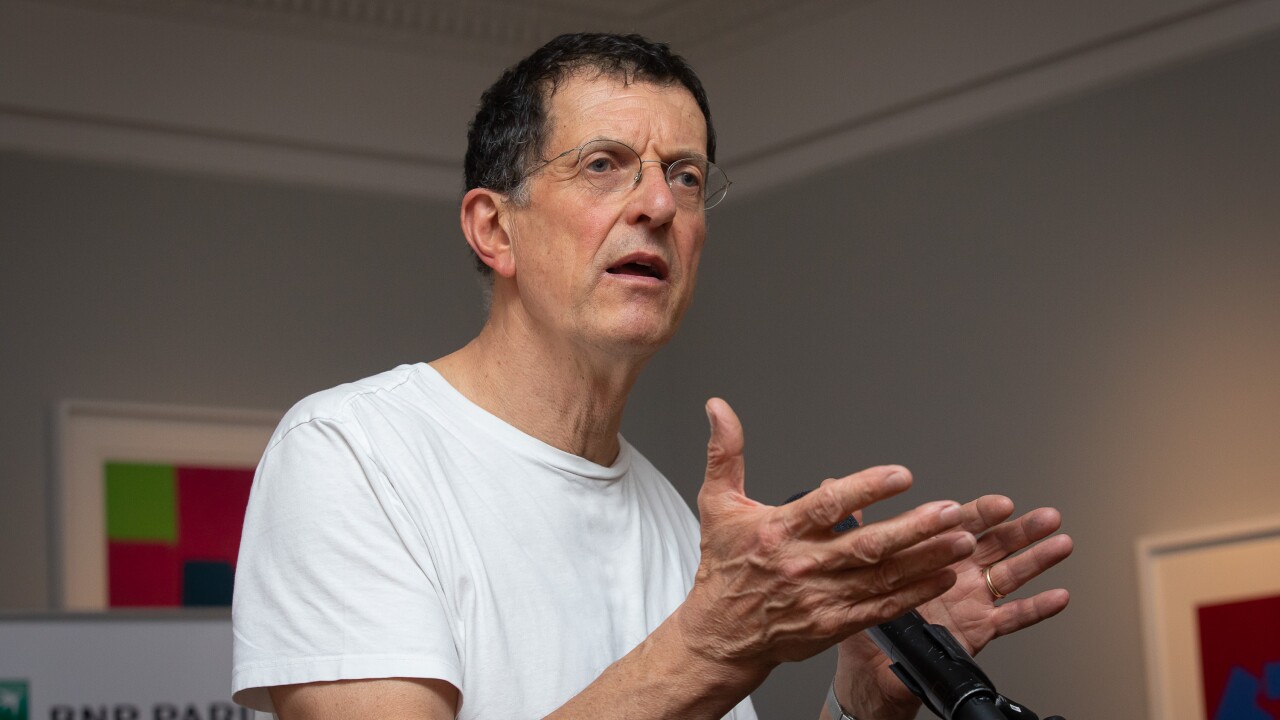 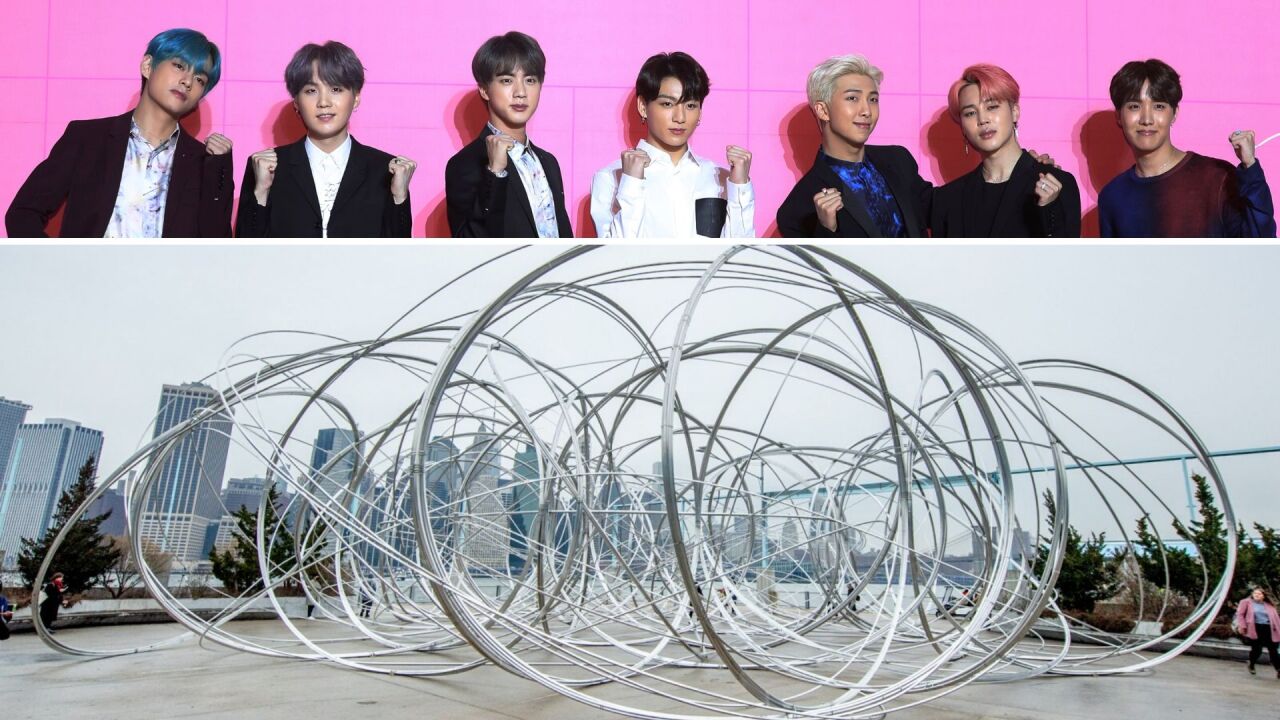 The installation, titled "New York Clearing," was unveiled Wednesday and sits at Pier 3 in Brooklyn Bridge Park.onsists of looping and intertwining metal tubing, set against the Lower Manhattan skyline just across the East River.

The sculpture is made from 18 kilometers of aluminum and consists of looping and intertwining tubing, set against the Lower Manhattan skyline, just across the East River.

Unlike many sculptures and installations, visitors are allowed to touch and even stand within the large, complex metal spirals of the piece.

This is apparently the first time one of Gormley's "clearing" pieces has been installed outdoors, without architectural support.

James Ford, PIX11's resident Army (or BTS super fan), stopped by the installation and even ran into two fellow fans of the group to get their reactions:

Went to the “Connect,BTS” artwork “New York Clearing” on its first day open to the public! Two women I met not only give a sense of scale, they talk about the artwork’s biggest challenge: it’s far. At Pier 3 in #BrooklynBridgePark. Well worth the trek. @BTS_twt @bts_bighit pic.twitter.com/xRGZRnchYo

The Brooklyn installation is on display at Pier 3 until March 27.

According to the art series' website, the project is meant to connect the five cities, and 22 artists, "each of whom contributes their unique philosophy and imagination to it."

"The project aims to redefine the relationship between art and music, the material and immaterial, artists and their audiences, artists and artists, theory and practice."

According to Gormley's website, "Connect, BTS" was developed by BTS and a group of international curators under the artistic direction of independent Korean curator, Daehyung Lee.