Knife-wielding man tries to rob Brooklyn 7-Eleven, makes off with only a sandwich: police 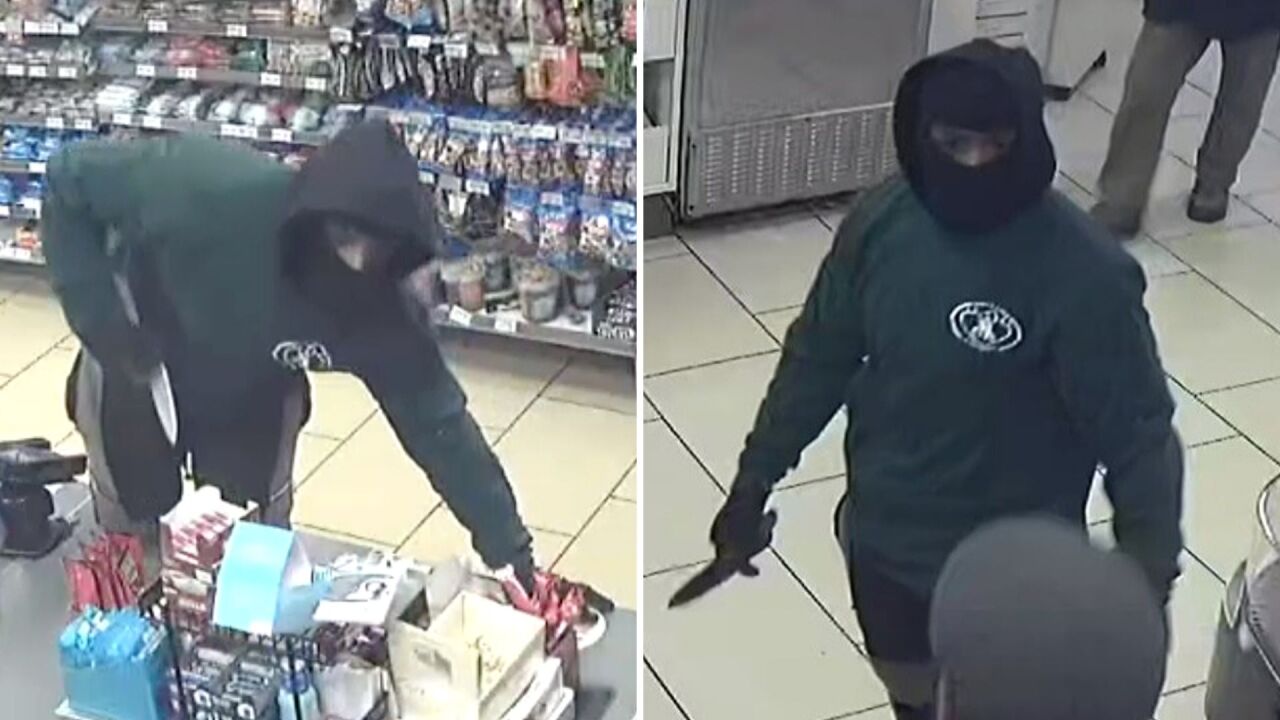 NYPD
Police are looking for a man who tried to rob a Brooklyn 7-Eleven store at knifepoint on Thursday, Jan. 9, 2020, according to the NYPD.

CANARSIE, Brooklyn — Police are looking for a masked man wielding a large knife who attempted to rob a 7-Eleven store in Brooklyn Thursday night, the NYPD said.

According to officials, the unidentified man walked into the Flatlands Avenue store in Canarsie just before 11 p.m. with a large blade, demanding cash from the store clerks.

When employees refused the man's demands he chased after a 60-year-old employee, police said.

Surveillance footage from the NYPD shows the masked man climbing on top of the store counter at one point during the attempted robbery.

After being denied money, the man grabbed a sandwich and fled the store, heading eastbound on Flatlands Avenue, police said.

The NYPD has released the above surveillance images of the man they're looking for, describing him as standing about 5 feet, 5 inches tall with a medium build. He was last seen wearing a black hoodie, green sweatshirt, black and gray pants, and white sneakers.