Judge rules against exoneration, retires after Alzheimer's diagnosis; man behind bars has questions 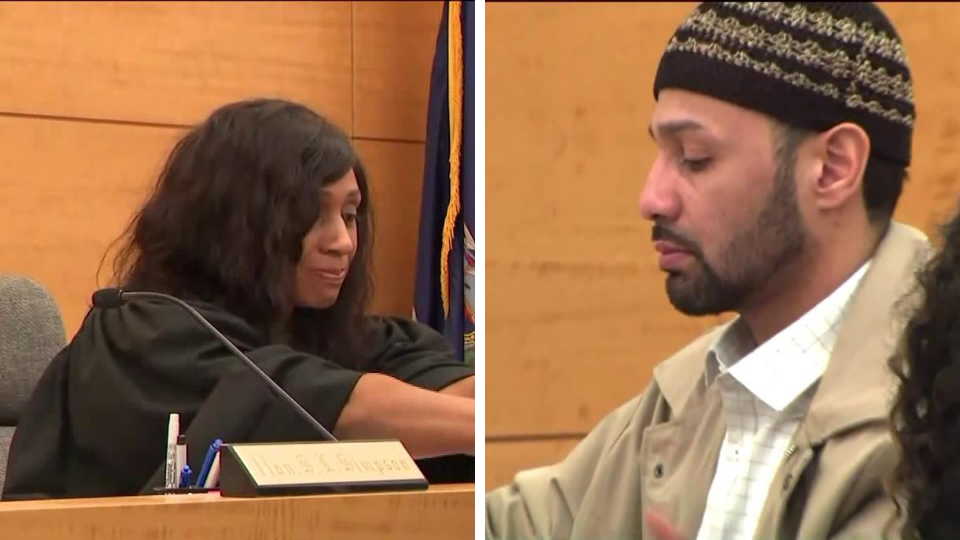 She ruled against an exoneration, then retired with an Alzheimer's diagnosis, leaving a man behind bars. He wants answers.

BROOKLYN — A Brooklyn judge's retirement announcement after she was diagnosed with the memory loss disease, Alzheimer’s, stunned the criminal justice community and raised concerns about the last hearing she presided over: an exoneration case.

In late August of 2019, Judge ShawnDya Simpson, 54, ruled that Nelson Cruz would not be exonerated for the 1998 death of Trevor Vieira in East New York, Brooklyn. Cruz was 17 when he was convicted.

“I hope now that they know she was diagnosed with Alzheimer’s that they can give me a re-hearing," Cruz told PIX11 News in an exclusive interview from Woodbourne Correctional Facility.

“I don’t remember the homicide going down," Scarcella testified during the hearing.

The star witness was an NYPD officer who actually saw the murder and testified Cruz was not present on the scene.

Judge Simpson stunned a packed courtroom with her ruling, saying she wouldn’t overturn Cruz’s murder conviction. She then erratically walked off the bench. Days later Simpson went on medical leave.

“She wasn’t mentally fit to preside over my case,” Cruz said.

Cruz is still in prison a year later, waiting for answers. Judge Simpson never filed her written decision and now she is retired. It’s been agonizing for Cruz's wife, Ericka Cruz.

“We definitely feel like the outcome may have been different because we don't know how long she’s been struggling with this," she said.

Cruz attorney Justin Bonus said "the only remedy here is to let the man out of jail, that's it."

"Everything was heard by Judge Simpson,” Bonus said.

The Brooklyn District Attorney’s office declined to comment on the pending case. The Office of Court Administration told PIX11 that any litigants with concerns about rulings from Judge Simpson can turn to the Appellate Division .