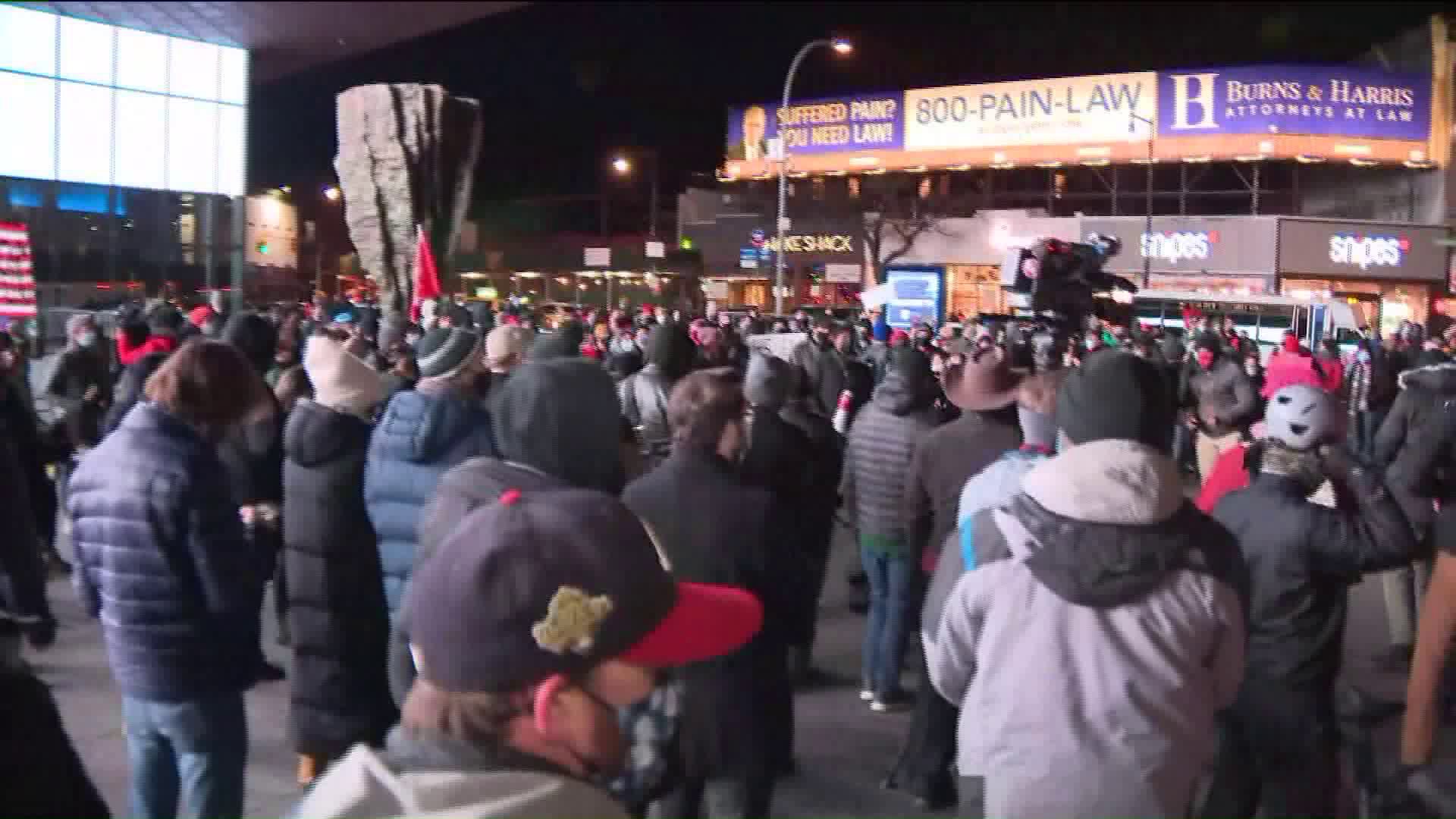 For a 2nd straight night, anti-Trump protesters responded to the events in Washington with a rally of their own in Brooklyn.

They were calling for the removal of President Donald Trump in response to the riots at the Capitol Wednesday.

New York City Public Advocate Jumaane Williams also attended. He's among those calling for the president to be removed via impeachment or the 25th amendment.

"It's an opportunity to be clear about the disparities in the country. About what happened and who this president is and his legacy," he said.

What started as a couple dozen people at the Barclays Center turned into hundreds and eventually marched down Flatbush Avenue.

No arrests were made. More gatherings and protests are scheduled through the weekend.