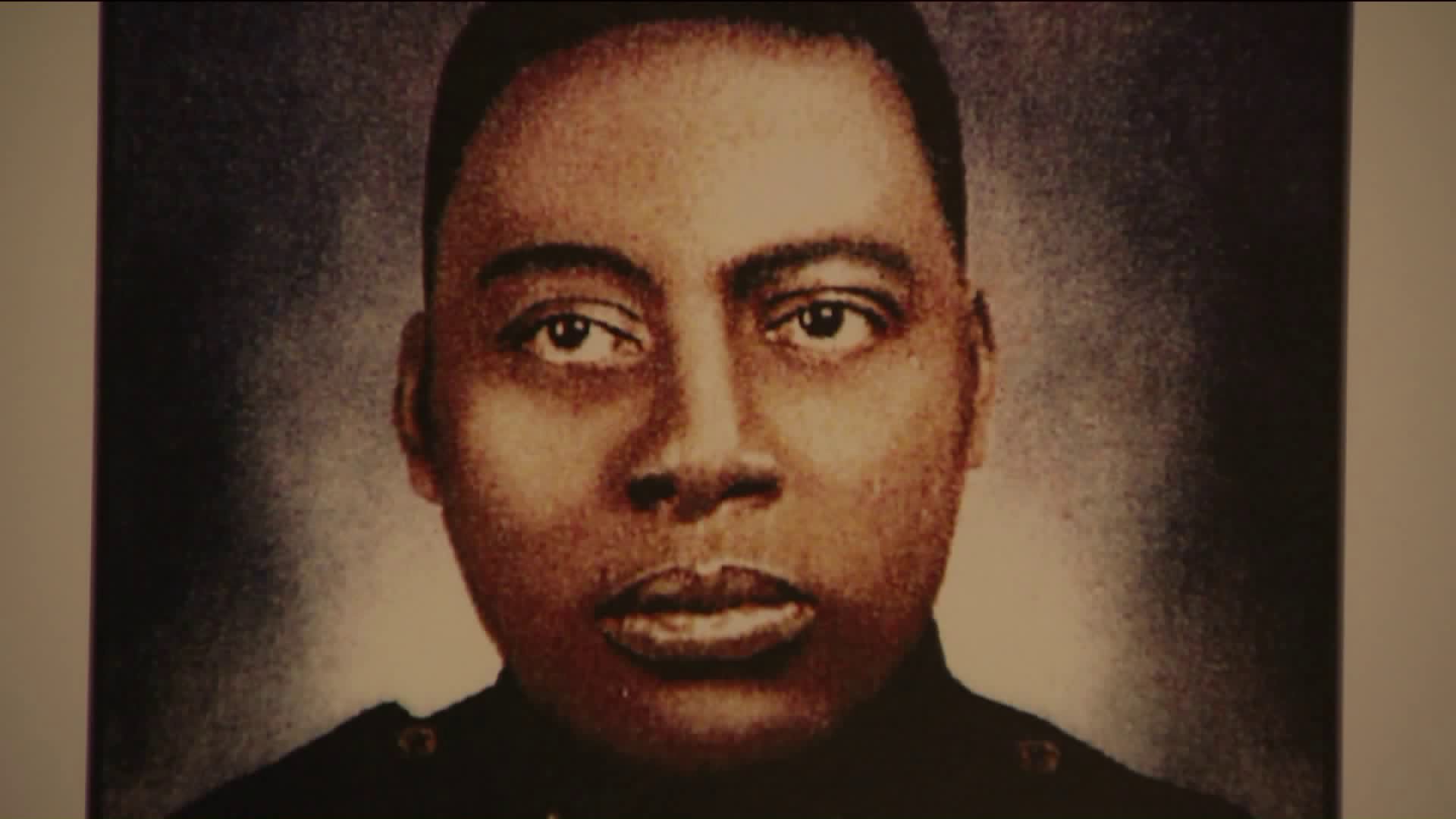 Detective John Bolden wasn’t born until seven years after his grandfather, Robert, was killed off-duty--trying to stop a robbery in downtown Brooklyn--but the murder has weighed heavy on his mind.

BROOKLYN — Detective John Bolden wasn’t born until seven years after his grandfather, Robert, was killed off-duty while trying to stop a robbery in downtown Brooklyn but the murder has weighed heavy on his mind.

“It impacted my family for many generations,” Detective Bolden told PIX11 News. “With my grandmother, it really caused her health to deteriorate very rapidly. She really had a broken heart.”

“His picture hung inside the living room. I still recall it. I still remember looking at the shield every, single day,” Bolden said.

Patrolman Robert Bolden’s shield number was 20025 and when his grandson, John, graduated from the NYPD Police Academy 14 years ago, he was given a replica of his grandfather’s shield.

For the last year, the grandson has been part of renewed efforts with NYPD Crime Stoppers to get tips that could finally lead to a resolution in the case.

The award is a mammoth $111,500 for information that leads to an arrest and conviction—or an explanation of what happened.

“Even if the killer is dead,” John Bolden said, “it doesn’t mean the case is closed, because there’s still a lot of unanswered questions the family has.”

Patrolman Robert Bolden, a father of three who served in the U.S. Navy during World War Two, was working at the 75th Precinct, a busy stationhouse in East New York, Brooklyn.

But Bolden lived in the Ingersoll Houses, within the confines of the 84th Precinct.

His family said he was proud to wear the uniform of an NYPD patrolman on his foot posts in the 75th Precinct.

On Friday night, Jan. 22, 1971, Bolden was off-duty and stopped by to see the bartender at Dunne Bar and Grille, located at the time at 345 Gold Street.

Only one other person was in the bar, a man who was lingering in the phone booth.

The bartender was friendly with Robert Bolden and wanted to close the empty bar at 10 pm.

He asked the off-duty officer to let the man know it was closing time.

“He went to tap on the phone booth, asking him to leave the location,” John Bolden told PIX11, “and when he turned around, that’s when he got fired on.”

Reports from 1971 indicate Robert Bolden fired back and missed the suspect.

The gunman fled, and the bartender told police another man soon ran in and grabbed Bolden’s .38 caliber service revolver.

“1971 was the first year of a decade that was very tumultuous for us,” Detective Christopher McLaughlin of the NYPD Crime Stoppers unit told PIX11.

“Police officers were being assassinated — shot— in numbers not previously seen.”

In 1971 alone, ten police officers were shot and killed.

Witnesses to the Bolden murder might be anywhere from 60 to 90 years old, at this point.

Even though Officer Bolden’s case went cold, in the last year, police unions and groups like Blue Lives Matter pooled resources and donated more than $100,000 to a new award.

“In recent times, this is the longest-running, unsolved murder of a police officer,” Detective McLaughlin said.

Tipsters can contact Crime Stoppers by phone call, text, app or e-mail. If anyone has a tip, they can remain anonymous.

Anyone with a tip gets a code number. If the information helps solve the case, the tipster would use the code number to retrieve the award at a specific bank.

Tipsters can download an app through the App store. It’s called CSNYC. Of course, the traditional phone number remains the same: 1-800-577-TIPS.

“It’s been a long road so far,” Detective Bolden said, “but we still haven’t given up.”

“My grandmother would say to me quite frequently, ‘Someday they’re going to catch the person who did this.’”