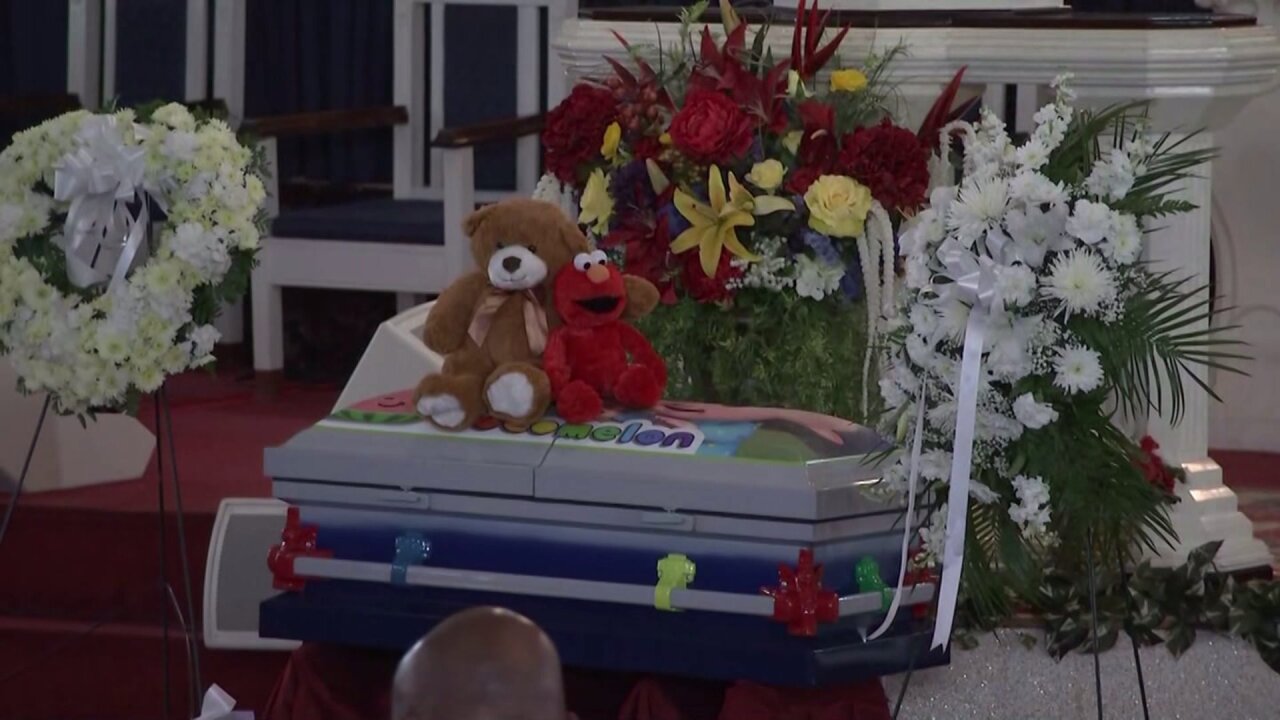 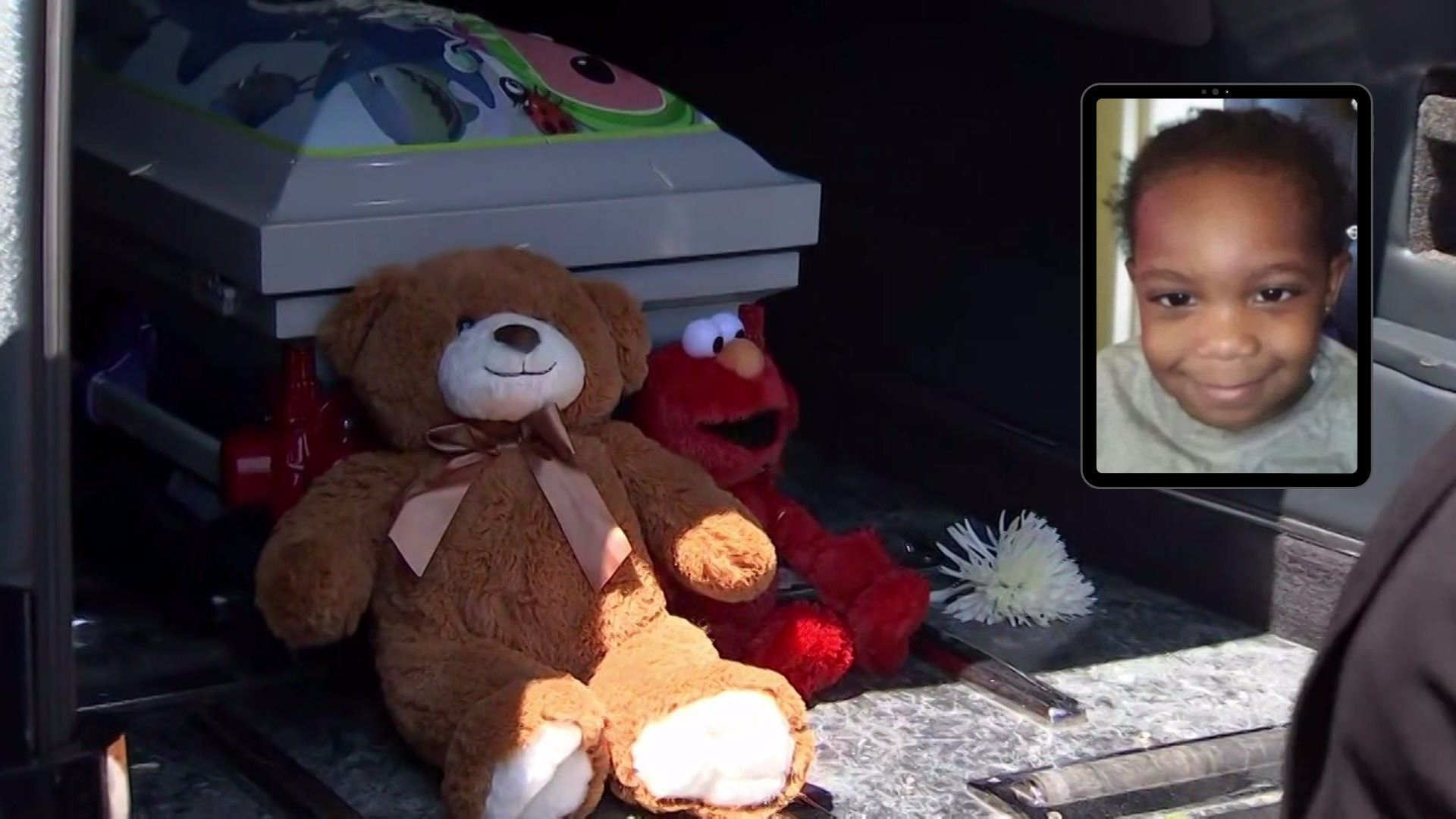 BROOKLYN — A funeral was held Monday for a 22-month-old boy who was killed in Brooklyn earlier this month.

Family and friends said their final farewells on Monday to Davell Gardner Jr., who was hit by a stray bullet as he sat in his stroller during a family barbecue on July 12. Three men were also injured during the shooting.

The service was held at the Pleasant Grove Baptist Church on Fulton Street. Rev. Al Shaprton led the service.

Davell's father delivered an emotional eulogy, describing his son as a "loving and caring soul" who could change anybody's day.

A tearful Gardner Sr. ended the eulogy by addressing the shooting.

"It was such a great experience being a first time father and having a son. And gun violence took my son. I love you Junior," he said.

New York City is experiencing a spike in gun violence this year.

There was a 194% increase in shooting incidents between June 22 and July 19, compared to the same time period in 2019, according to NYPD data. Shootings are up 68% citywide so far this year compared to 2019.

Public Advocate Jumaane Williams spoke with PIX11 Monday morning about what it was like to attend Gardner's wake.

Williams said it was "very tough" to be at the wake, and the city owes the family "more than rhetoric." He said the city needs to have real plans put forward to help address the issues.

He also suggested the coronavirus pandemic has "exacerbated everything" in many aspects, including housing, food insecurity and gun violence.