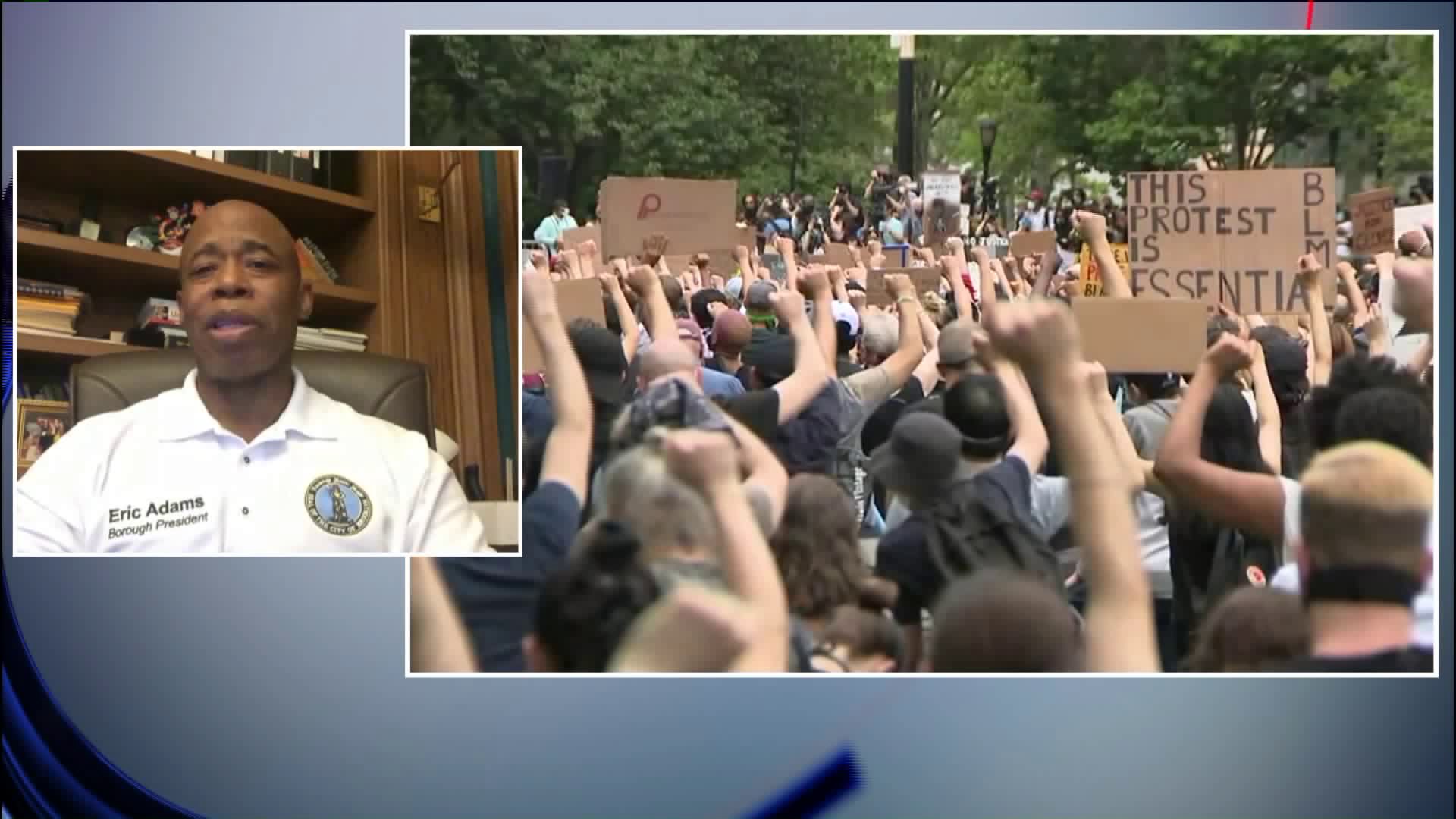 It was an emotional day at Cadman Plaza as thousands came together to remember George Floyd. Brooklyn Borough President Eric Adams was among one of the speakers. Adams spoke to PIX11 Morning News about the memorial, the ongoing protests, the NYPD response to the 8 p.m. curfew and whether or not he thinks Mayor Bill de Blasio has been doing a good job during this time.

BROOKLYN — It was an emotional day at Cadman Plaza as thousands came together to remember George Floyd. Brooklyn Borough President Eric Adams was among one of the speakers.

Adams spoke to PIX11 Morning News about the memorial and the ongoing protests as well as the NYPD and the imposed 8 p.m. curfew.

Adams said he is focused on bringing the city together, especially during tense moments.

“We must come together to make sure the city is safe,” he said.

NYC has also seen police aggression toward protesters who have stayed past curfew.

The Brooklyn borough president argued that police shouldn’t be swinging batons at any form of peaceful protesters, adding that the “big mistake” the city is seeing is “we have the wrong type of police officers” on the front lines of the demonstrations.

Adams said any officer who acts extremely should be removed immediately and any officer who does anything criminally should be charged for their actions. He also noted that many of the officers have been working 12-hour shifts or more, so the city needs to take that into consideration.

As the city begins Phase 1 of reopening on Monday, Adams said he has been speaking with business communities and has made it clear that in order to keep businesses open, we need to comply with reopening rules and regulations.