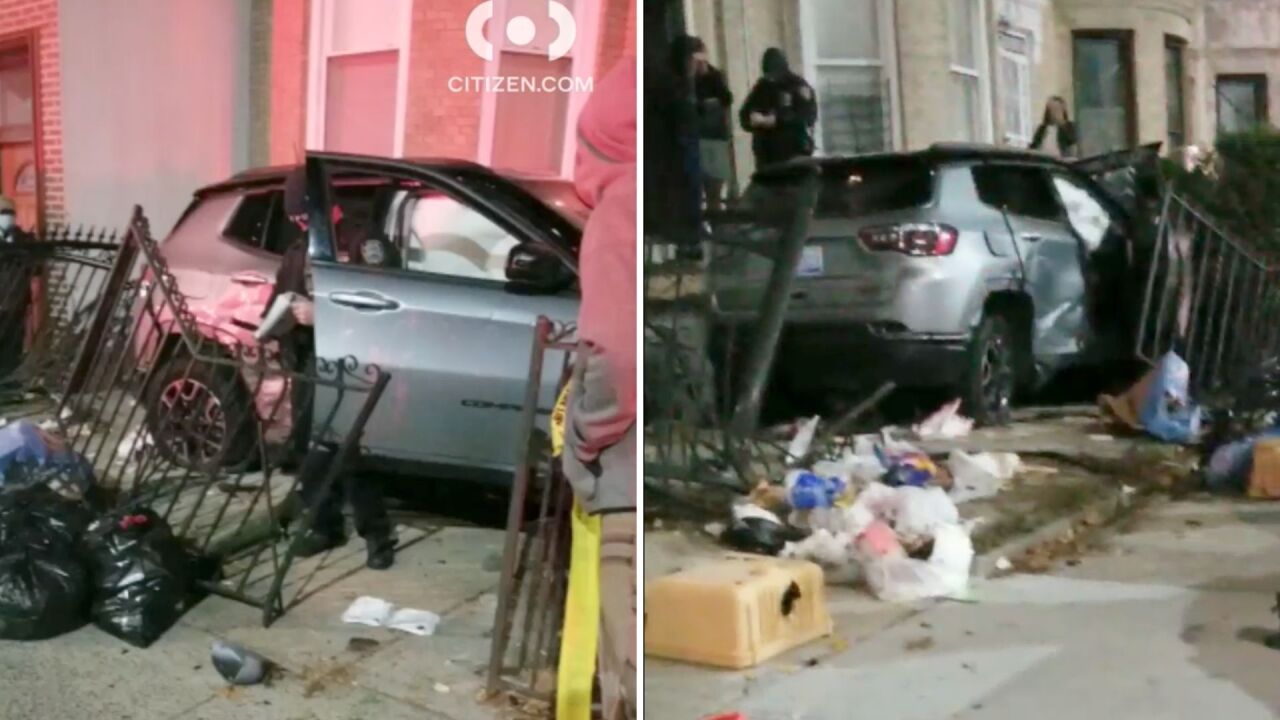 Citizen App
A driver was nowhere to be found after an SUV drove off the road and crashed into a building after striking multiple parked cars in Crown Heights, Brooklyn early Friday, Nov. 20, 2020, police said.

CROWN HEIGHTS, Brooklyn — A driver was nowhere to be found after an SUV drove off the road and crashed into a building in Brooklyn early Friday, according to the NYPD.

Police said a call came in around 2:15 a.m. for a vehicle striking a building on Rochester Avenue near Lincoln Place in Crown Heights.

Video from the Citizen App shows what appears to be an SUV that crashed into a gate around a building, potentially a home, as well as damaged parked cars in the area the SUV likely struck after it left the road.

According to police, it seemed as if the driver lost control of the vehicle.

No injuries were reported, the NYPD said, and the investigation remained ongoing Friday morning.