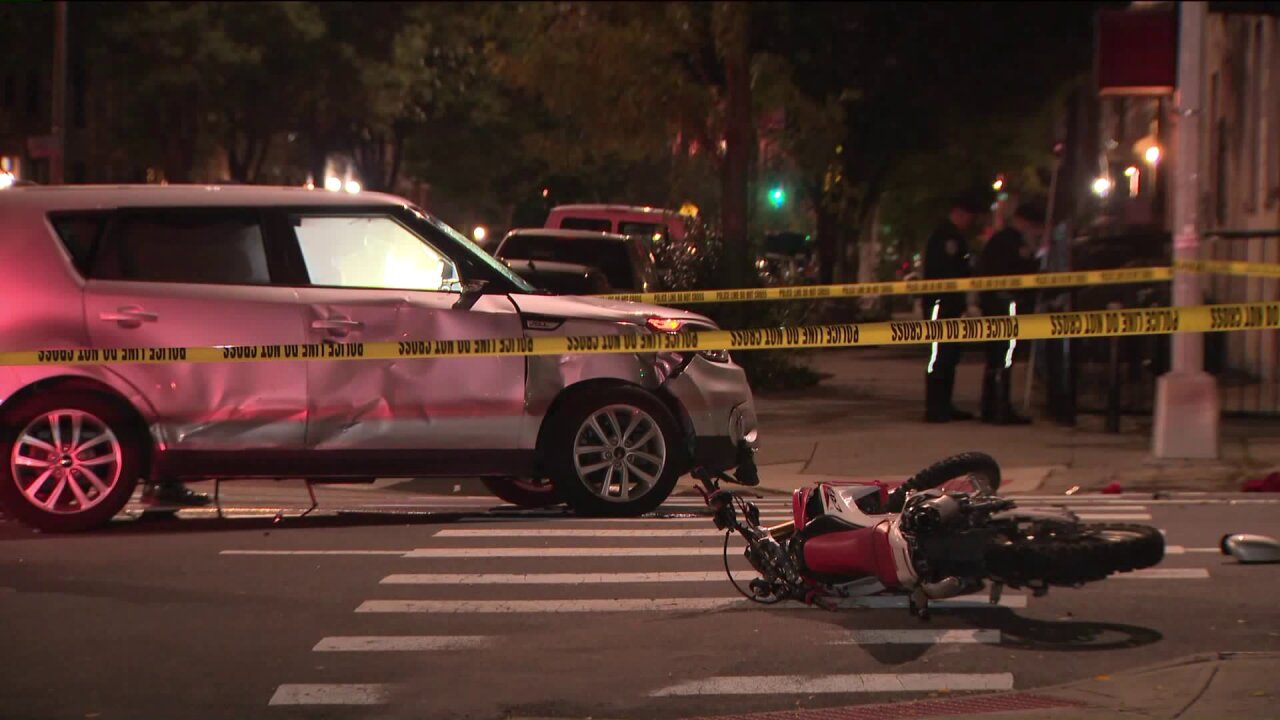 PIX11 News
The scene after an SUV struck a dirt bike in Brownsville, Brooklyn, leaving the man driving the bike in critical condition, according to police. The NYPD said the driver and passenger from the SUV fled the scene on foot after the collision.

BROWNSVILLE, Brooklyn — Cops are looking for the driver and passenger of an SUV who fled after their vehicle struck and seriously injured a dirt biker early Thursday in Brooklyn, police said.

According to the NYPD, the SUV collided with the dirt bike around 2:30 a.m. near the intersection of Thomas S Boyland Street and Prospect Place, in the Brownsville neighborhood.

After striking the motorized bike, police said the SUV's male driver and male passenger hopped out and fled the scene on foot, leaving their vehicle behind.

The 29-year-old biker was rushed to a local hospital where he was listed in critical condition Thursday morning, officials said.

Police said no arrests had been made and that the investigation remained ongoing.

Authorities did not release any other information about the victim or the two men they're looking for.