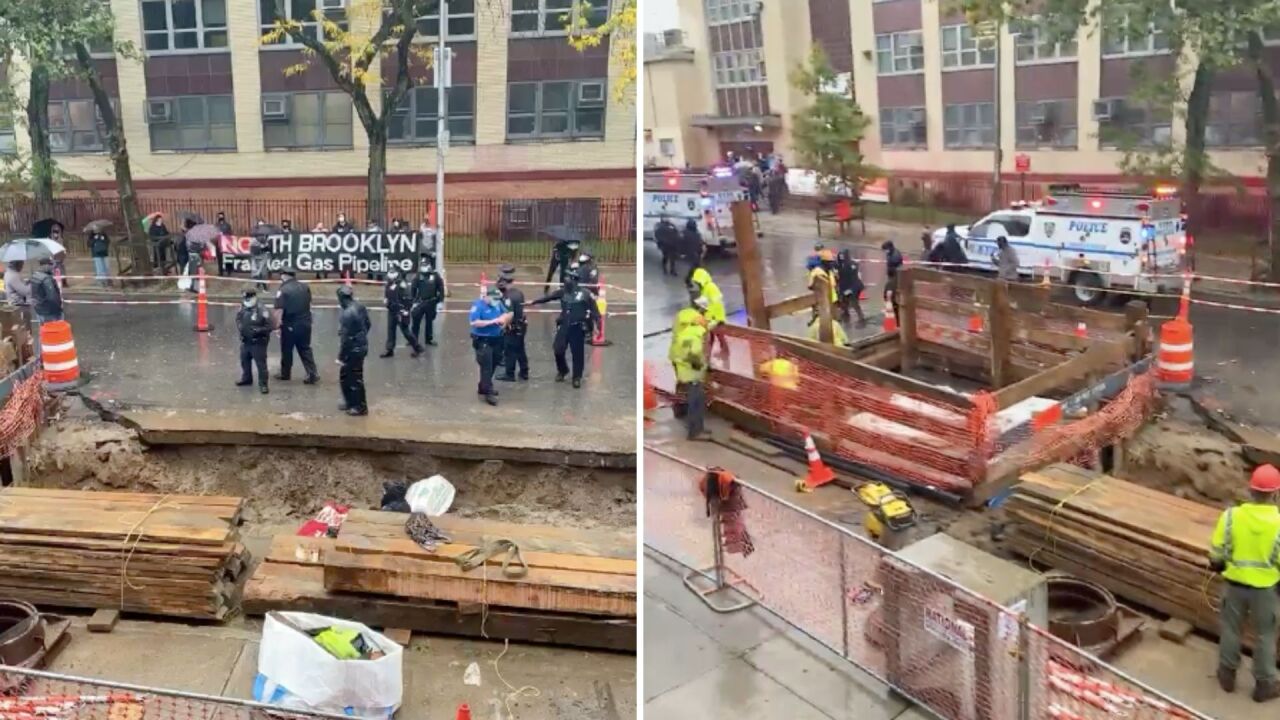 WILLIAMSBURG, Brooklyn — Several protesters chained themselves to a pipe in Brooklyn Friday afternoon to protest a fracking pipeline project.

Police were called to the vicinity of Montrose and Manhattan avenues just after 12 p.m. after several protesters chained themselves to a pipe in a construction ditch.

Video from Citizen App shows construction workers and police surrounding the construction ditch, which appears to have protesters inside while groups of demonstrators stood outside the school to protest.

Elected officials were expected to rally with the community to call on Mayor Bill de Blasio and Gov. Andrew Cuomo to halt the construction of the North Brooklyn Pipeline and respond with urgency to the "climate emergency," but the actual event was canceled due to inclement weather. However, that did not stop people from coming to the scene to continue protesting.

This is the second day demonstrators came out to rally against the North Brooklyn gas pipeline.

Protesters argue this "project is not a replacement of leaking pipelines," but rather, it is an "expansion to charge the rate-payers, millions of dollars in rate hikes to fill shareholders pockets, and keep the economy locked into fossil fuels when the rate payers want to move onto affordable and clean renewable energy like geothermal, solar, wind and energy efficient buildings."