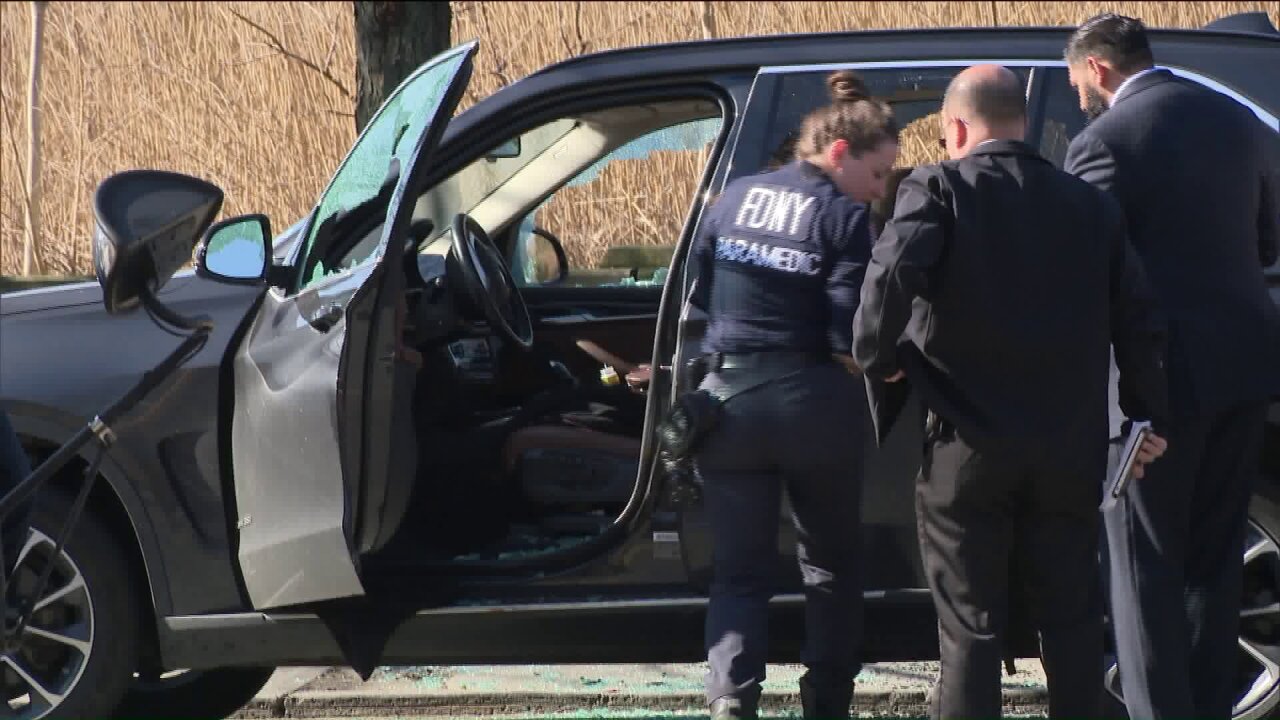 WPIX
Authorities were at the scene of a double shooting in Brooklyn. A man and a woman were found shot inside a vehicle. The woman&#39;s death has been deemed a homicide, cops said.

EAST NEW YORK, Brooklyn — The death of a woman who was found fatally shot in a vehicle in Brooklyn has been deemed a homicide, police said Tuesday.

Police responded to a call of two people shot at the intersection of Louisiana Avenue and Twin Peaks Drive in East New York just after 9 a.m.

Petula Myrtil was pronounced dead at the scene. Her death has since been deemed a homicide, authorities said.

Andre Myrtil was taken to the hospital in critical condition, but later died from his injuries, according to police.

Authorities said both Petula and Andre Myrtil were found inside a 2015 BMW, and a firearm was recovered.