Cyclist critically injured when struck by bus in Brooklyn: police 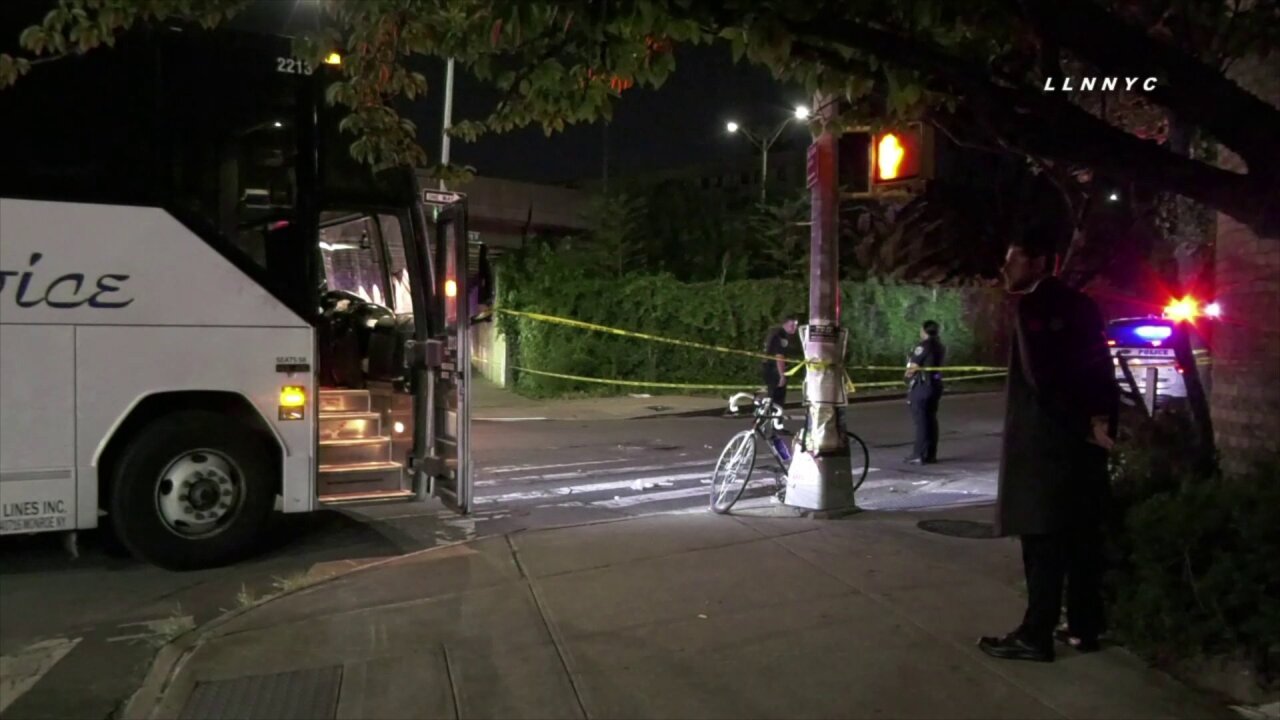 PIX11 News via LLNNYC
Scene after a 35-year-old woman was struck by a tour bus while riding her bicycle in Williamsburg, Brooklyn, early Monday morning, Sept. 7, 2020, according to police.

WILLIAMSBURG, Brooklyn — A woman is fighting for her life after being struck by a bus as she was riding her bicycle in Brooklyn early Monday, police said.

According to the NYPD, the 35-year-old woman was riding her bike in the Williamsburg area around 1 a.m. when she was hit by a large motor coach bus near the corner of Wythe Avenue and Williamsburg Street.

Police said she was rushed to a nearby hospital where she was listed in critical condition Monday morning.

The bus remained on the scene.

Video from the scene showed the bus was apparently from Excellent Bus Service. According to their website, the company offers charter service or executive and entertainment motor coach rentals, as well as trips between New York City and the Catskills in Upstate New York.