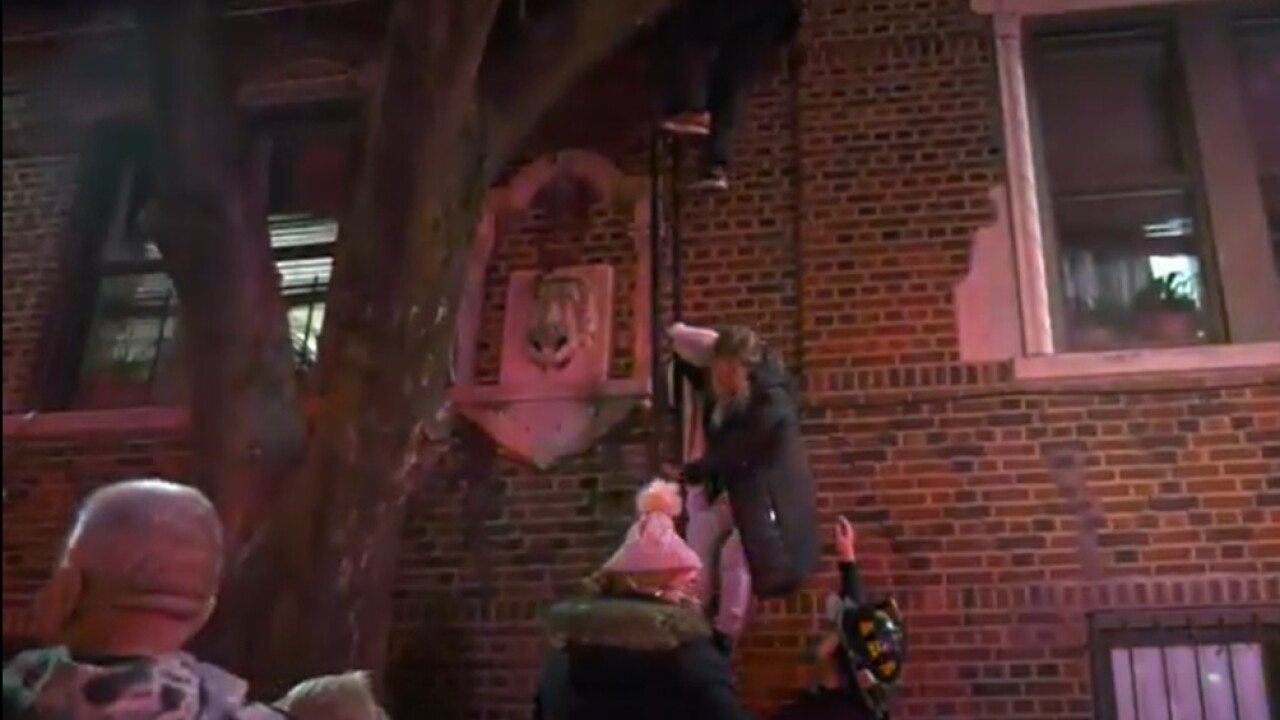 Firefighters were called to the building on Montgomery Street in Crown Heights around 1:45 a.m., according to the FDNY.

The five people who were hurt suffered minor injuries, officials said. They were treated at an area hospital.

Some of the residents used the fire escape to get out of the six-story building, video footage from the scene shows. A firefighter helped the residents as they climbed down.

The fire, which was located inside a first-floor apartment, was brought under control less than an hour later, officials said.