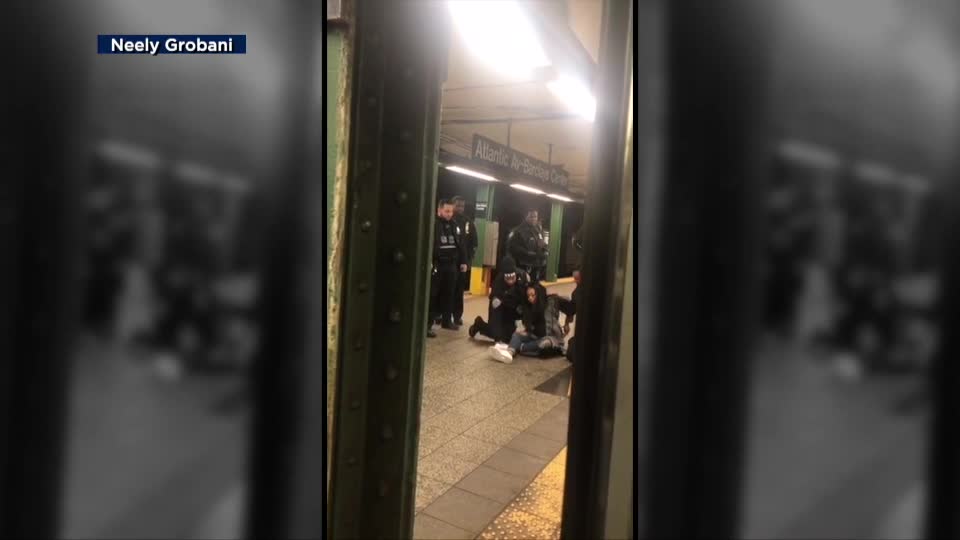 This nearly 7 minute video shows the moment a couple was removed from a subway train. Warning: video may be upsetting to some. 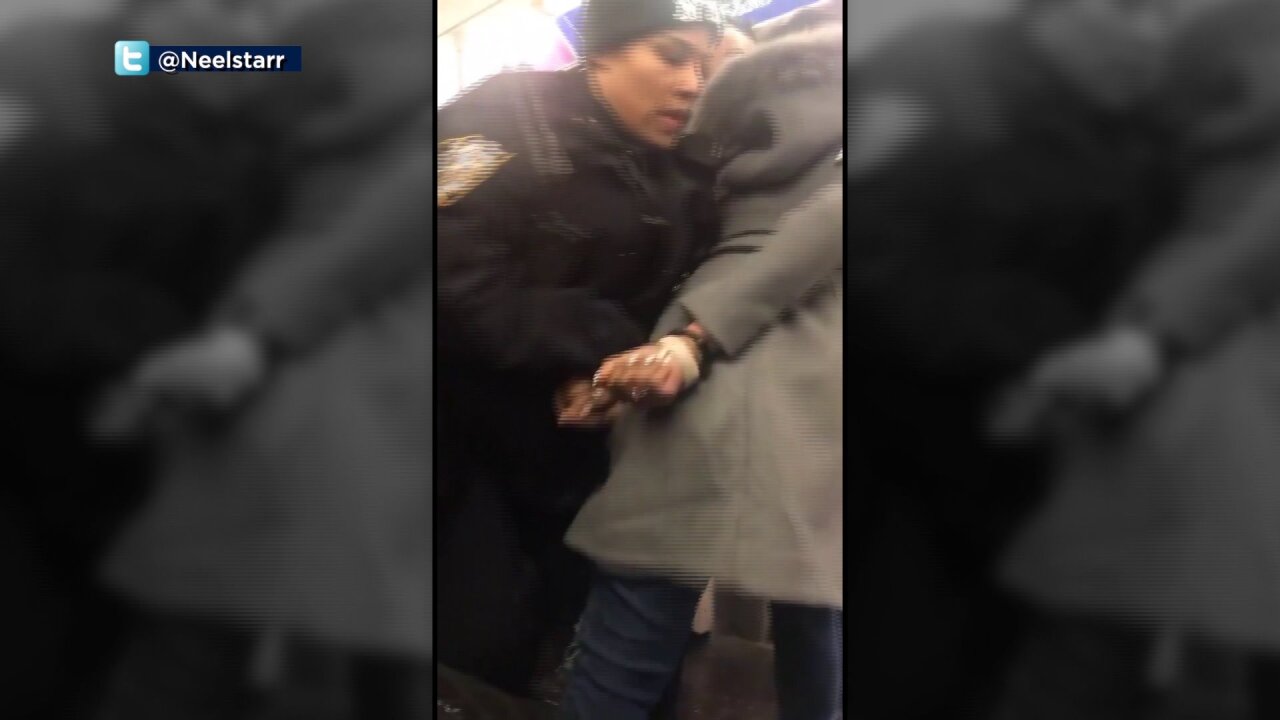 BROOKLYN — A man and a woman were removed from a subway car at a Brooklyn train station in an incident where a witness said no explanation was given.

Police responded to a report of a man with a gun on the No. 2 train at Atlantic Terminal just after midnight Monday, authorities said.

The officers boarded the train and identified a man that matched the caller’s description, police said.

Cops believed he had a gun and removed him from the train, police said.

A woman who was in the company of the man attempted to interfere during the incident and was subsequently removed from the train, according to police.

Following a search on the train and platform, no firearm was located.

A witness captured the moment on Twitter and said the man grabbed by police kept questioning what he did wrong, but no one would tell him.

Both the man and woman were issued summonses for disorderly conduct and released, cops said.

PIX11 spoke to Neely Grobani, who recorded the video.

“‪It became really clear that whatever they were looking for was not on this couple,” she said. “It was stressful and I wasn’t sure what I could do in that situation — and the one thing I could do was film it, so I did.”

She told us she got on the train at the same stop as the couple, at the ‪‪42nd Street-Times Square subway station,‬‬ and they sat across from her.

‪"Whether what they did was legal or not — it didn’t feel right to me," she said. "The fact they were able to forcefully remove this couple from the train, who had just been sitting there sleeping without telling them why, is concerning to me and upsetting."

‪“The fact that they were looking for something and there were people on the train, they could’ve asked: 'Did anyone see something?' They didn’t engage at all. It was upsetting and concerning to me.”‬

This isn’t the first time police were accused of using what appears to be excessive force on people at subway stations.

In October, officers were involved in a violent brawl inside a Brooklyn subway station. In video obtained by PIX11, at least one civilian and one other officer appear to throw punches. Five people were arrested, including a 15-year-old boy.