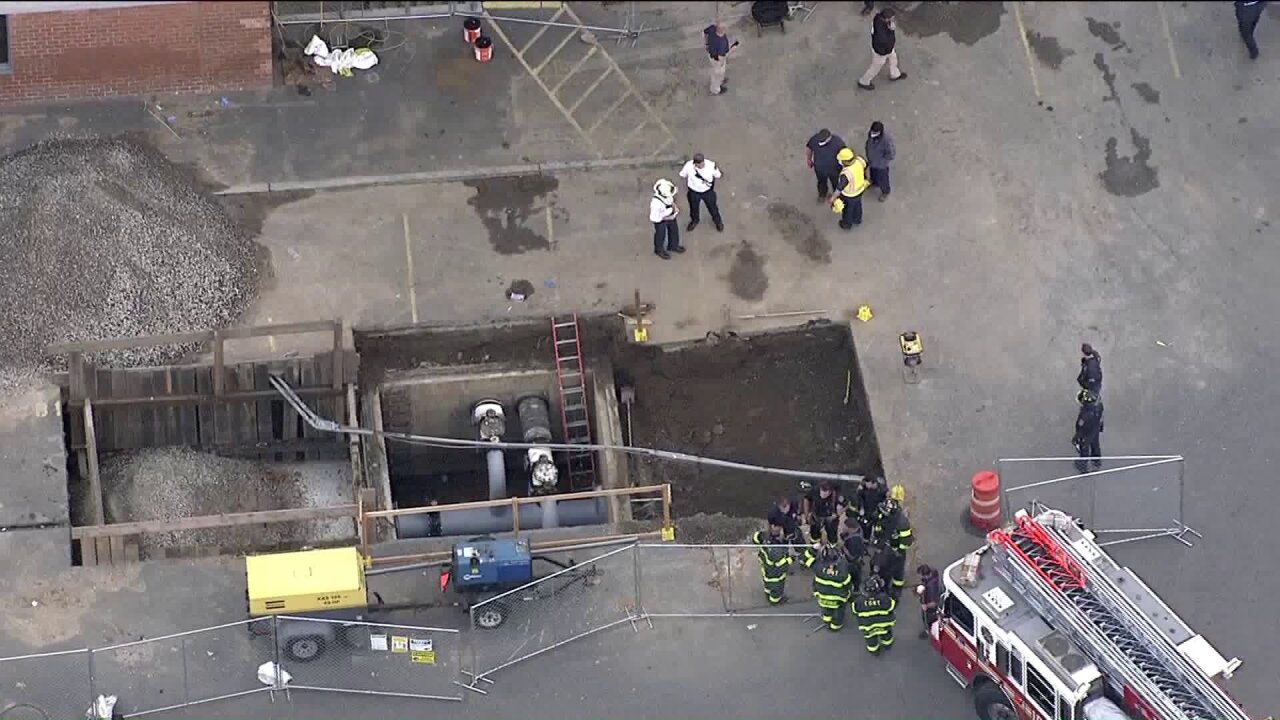 AIR11
Authorities were called to an area in Brooklyn after a construction worker fell into a hole on Oct. 19, 2020, FDNY officials said.

CONEY ISLAND, Brooklyn — Authorities were called to an area in Brooklyn after a construction worker fell into a hole Monday morning, FDNY officials said.

Fire officials were called to the vicinity of W. 5th Street and Neptune Avenue near Coney Island around 11:30 a.m.

The construction worker was removed from the site and taken to the hospital. Their condition was not immediately known.

The circumstances surrounding the incident was not immediately disclosed.