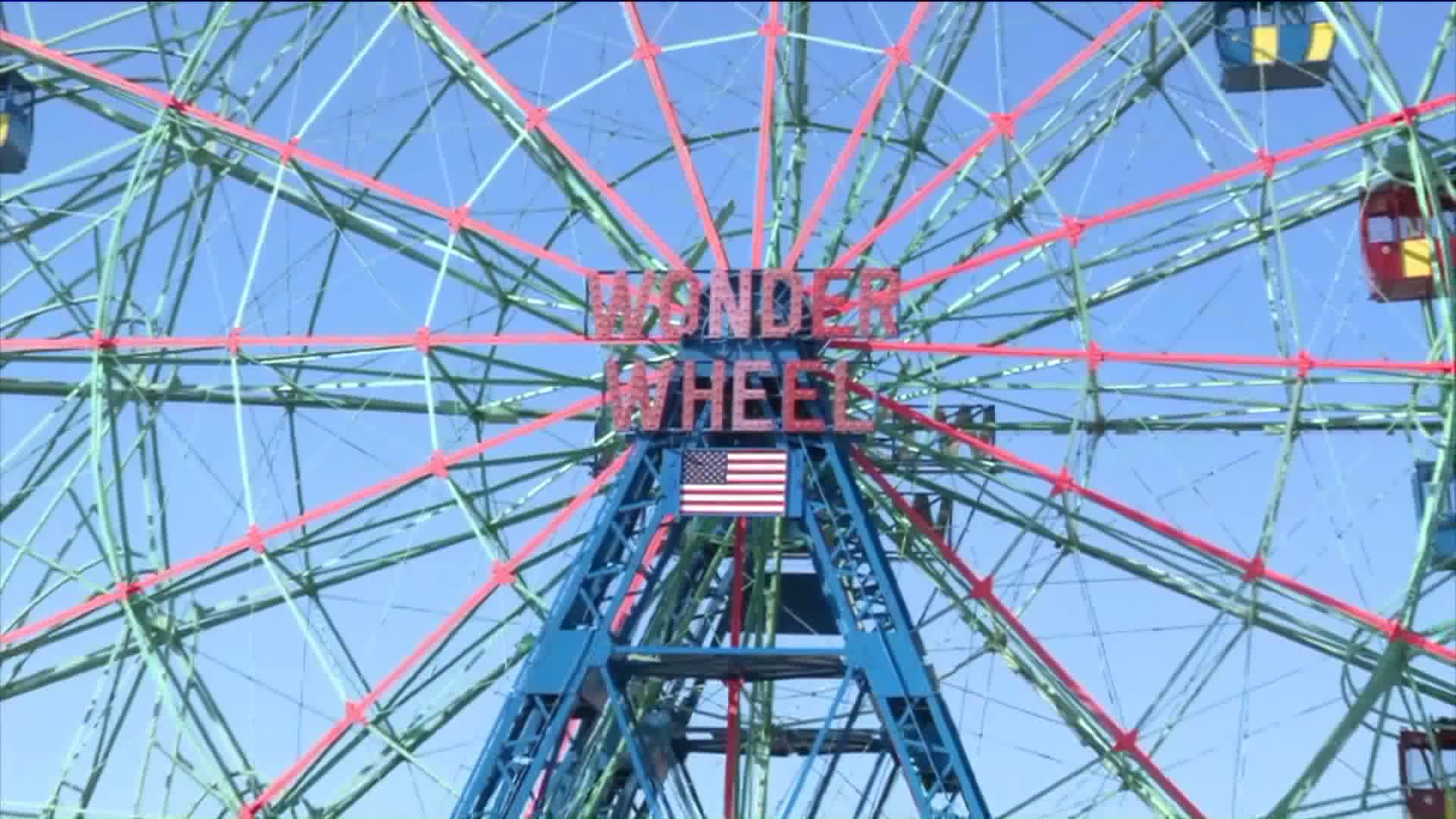 Deno’s Wonder Wheel looks like it’s in the middle of a ghost town going into Labor Day weekend. And this was going to be such a special summer, the 100th anniversary of this icon of Coney Island.

This was going to be such a special summer, the 100th anniversary of this icon of Coney Island.

“There’s always next year,” Dennis Vouderis, the co-owner of Deno’s Wonder Wheel said. “We planned a big celebration starting Memorial Day but we will celebrate next year,” he added.

For the first time in 100 years, the Wonder Wheel did not spin at all this summer.

Like every other amusement park ride here in Coney Island, Deno’s Wonder Wheel was never allowed to open during the pandemic, even though the owners put together a COVID-19 safety plan early on in May.

“The Wonder Wheel is a naturally socially distant ride,” Vouderis said. “And that’s the way it’s been operated in the past hundred years with only family members sitring in the cabs and they’re spaced far apart, he added."

And while the boardwalk and beach were relatively crowded on this Friday of Labor Day weekend, at Ruby's, the oldest continuously open bar and restaurant, founded here in 1934, the business was way off, with only outdoor seating allowed.

“We are off 75%, in parts 80% so it’s very challenging,” Michael Sarrel, the proprietor at Ruby’s said. “April, May, June and July people were afraid to come out of their houses,” he added.

People are hoping indoor dining can come back soon.

“It’s been tough with no indoor seating,” Eddie Robles said. “Jersey got it. New York, let’s go,” he added.

“It’s hard because there’s no tourism,” Shift Manager Jessica Rose said. “And 75% of our business came from tourism."

“It’s pretty sad. They’re losing money and they are the spunk of Coney Island,” Deon David said about the Wonder Wheel.

The owners of the wheel were given rent concession and still had to borrow heavily.

But they hold on to a glimmer of hope that Gov. Andrew Cuomo may let them reopen, at least for just the month of October.

“Let’s see if we can turn a page and turn the wheel,” Vouderis said.

A spokesperson for Gov. Cuomo sent PIX11 News a statement when asked about reopening these amusements.

“Thanks to our data-driven public health policies and New Yorkers’ hard work, we have achieved — and so far maintained — one of the lowest rates of infection in the nation, but with the threat of a second wave on the horizon, we are continuing to monitor how and when higher-risk industries like amusement parks can safely reopen. We appreciate that these business owners want to plan in advance to operate safely, and will work with them as that process continues.”