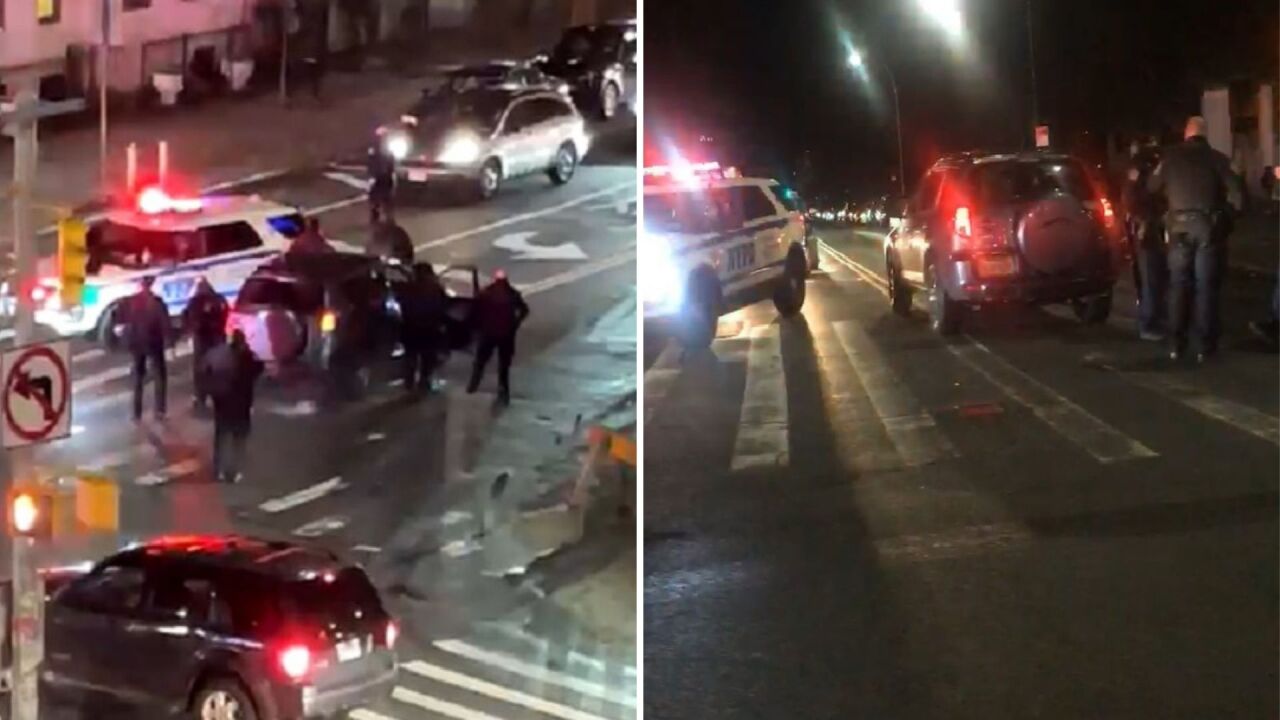 Citizen App
A 4-year-old boy and an adult were struck by a vehicle in Prospect Park, Brooklyn on Jan. 2, 2020, police said.

Officers were called to the intersection of Ocean and Parkside avenues in Prospect Park around 9 p.m.

The child and a 39-year-old man were hit, and both were taken to the hospital, authorities said.

The child was listed with serious injuries but in stable condition, according to police. The man suffered minor injuries.

It’s unclear if the two victims are related.

The 60-year-old driver remained at the scene and no criminality is suspected, police said.