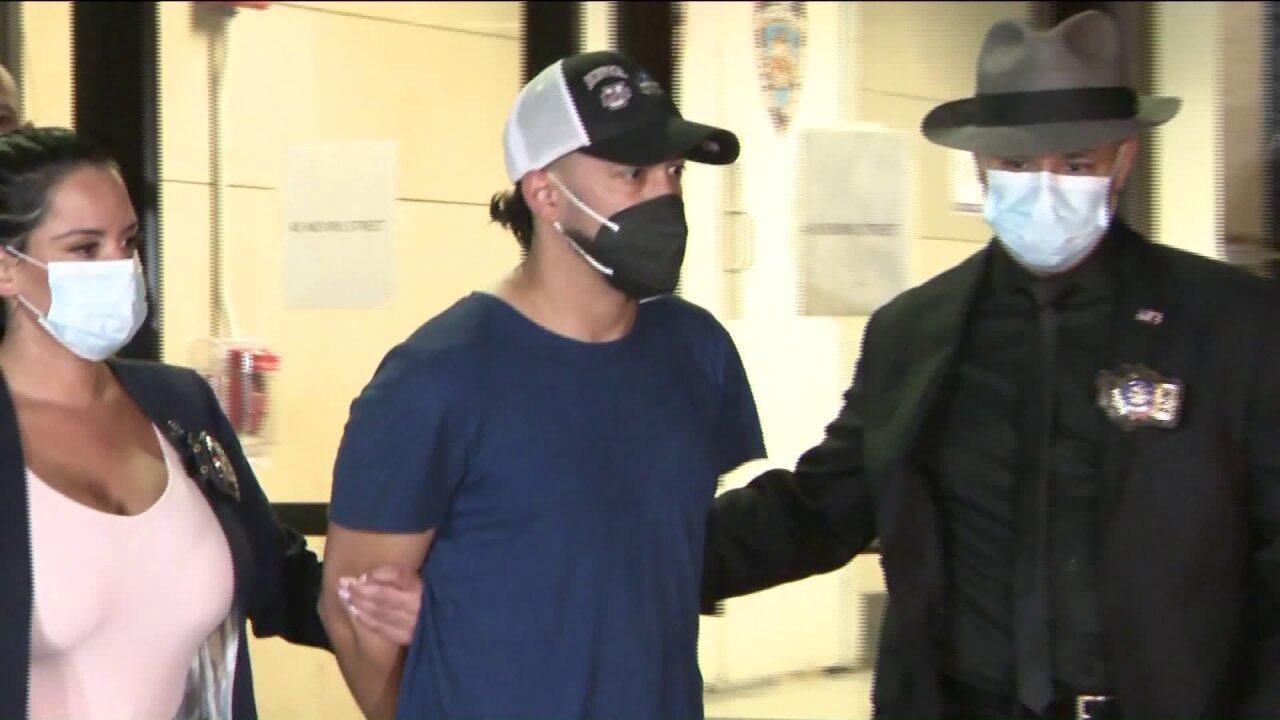 PIX11 News
Livery cab driver Rafael Martinez, 32, was arrested Tuesday, Aug. 11, 2020, after being accused of raping a 12-year-old girl who rode in his vehicle as a passenger Monday.

BROOKLYN — A Brooklyn cab driver has been indicted for the alleged rape and sexual assault of a 12-year-old girl, District Attorney Eric Gonzalez said Thursday.

The incident allegedly occurred on Aug. 10 during what turned out to be a two-hour drive the cabbie gave the victim in the early evening hours, according to officials. Rafael Martinez, 32, picked up the victim in Fort Greene and was supposed to take her to her home in Bedford-Stuyvesant. Martinez is accused of climbing into the back seat and raping and sexually assaulting the victim before dropping her at home.

Martinez allegedly stopped the cab on Bergen Street and removed what appeared to be a black firearm from the glove compartment, loaded silver bullets into it and told the victim “if you say anything, these bullets are for you.”

At approximately 8 p.m. that night, Martinez allegedly dropped the victim at her home, where she told her mother that she had been raped, according to the DA office's investigation.

“I was sickened to hear of this alleged brutal attack on a helpless young girl who should have been safely driven to her home," said District Attorney Gonzalez in a statement. "I am committed to seeking justice for all victims of sexual assault, including this child, who will live with this trauma for the rest of her life. Keeping our streets safe from violent sexual predators is a top priority and we will seek to hold this defendant fully accountable.”

Martinez's next appearance in court is scheduled for Oct. 19. He faces 25 to life in prison if found guilty.