Brooklyn 'U-Haul' funeral director pleads to get license back 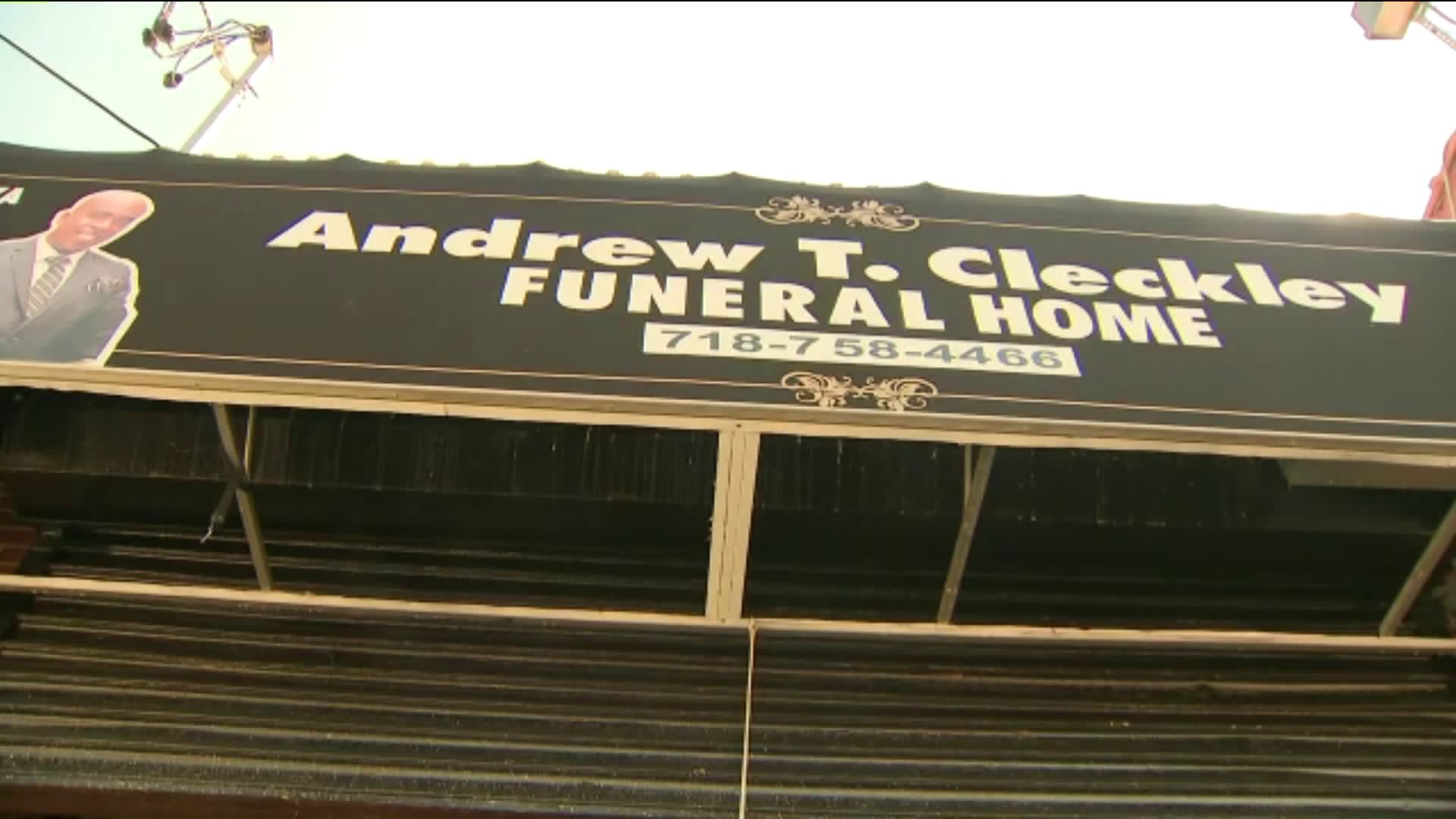 The Brooklyn funeral director who had his business shut down in late April after state inspectors found dozens of COVID-19 victims stacked in U-Haul trucks outside his facility, pleaded for his license back this week.

BROOKLYN — The Brooklyn funeral director who had his business shut down in late April after state inspectors found dozens of COVID-19 victims stacked in U-Haul trucks outside his facility pleaded for his license back this week.

“It just got out of hand,” Andrew T. Cleckley said through tears, in an exclusive interview with PIX11 News. “The rate people were dying happened so fast. Every funeral home across New York City had the same problems I had.”

Yet Andrew Cleckley was the only funeral director in New York State who had his license suspended since the crisis began in mid-March. He said he started April having handled 20 deaths for the first quarter of the year. By the end of April, that number had skyrocketed to 78, just at his small business on Utica Avenue in the Flatlands section of Brooklyn.

Cleckley said other funeral directors registered at his business started bringing too many bodies “even after I said ‘Stop!’”

On April 29, New York State Department of Health inspectors, the NYPD and officials from the Department of Environmental Protection turned up at Cleckley’s funeral home after getting reports of a persistent, foul smell.

Police had heard up to 60 bodies had been stored in the U-Hauls, on ice, after a refrigerated trailer broke down.

Cleckley said he had already transported 41 of 56 bodies being handled by him to a crematory or cemetery and that he was paying $1,200 a week to rent the refrigerated unit that broke.

By May 1, Health Commissioner Howard Zucker had suspended Cleckley’s license.

“Funeral homes have a responsibility to manage their capacity appropriately and provide services in a respectful and competent manner," Zucker said in a statement at the time. "We understand the burden funeral homes are facing during this unprecedented time... But a crisis is no excuse for the kind of behavior we witnessed at Andrew T. Cleckley Funeral Home, and we are holding them accountable for their actions.”

One disturbing photo, taken by a mourner who’d attended a brief service in a second floor chapel, showed bodies scattered around the floor in an adjacent room, their feet protruding from under sheets.

“I feel the need to apologize to those families who were caught up in the middle of this,” Cleckley said, as his voice shook. “I want to publicly apologize to them.”

Cleckley denied a claim by one woman, Tamisha Covington, that his funeral home charged $15,000 to bury her mother “with no viewing and no service.”

“A complete burial, with cemetery and the casket, I was charging people $3,600,” Cleckley said.

“Some of my colleagues were charging two to three times the price I was charging for services.”

Cleckley’s brother, Dwayne Price, is office manager at the funeral home. He said Cleckley honored requests from grieving families who were petrified their loved ones would end up in mass graves on Hart Island.

“The only thing my brother is guilty of is being too nice to people,” Price insisted. “What the state is doing is totally wrong , holding Andrew liable for that.”

During one particular week in April, nearly 800 people a day were dying of COVID-19, many of them in New York City. Hospital morgues and funeral homes were overwhelmed.

Cleckley and his brother said another funeral home nearby was only admonished by the state, after reports surfaced bodies were being stacked in the driveway.

“I would hate to say this is racially-motivated,” Dwayne Price said, “but the other funeral home Andrew spoke about was a white-owned funeral home.”

Cleckley testified virtually at two state hearings that were held in late spring.

The Health Commissioner could decide his fate as early as September 3. Cleckley will either have the suspension lifted — or his license could be revoked for good.

“I started in this business as a driver,” Cleckley said through tears. “I moved up, I went to school, I just kept progressing. This is my passion for life, this is not a ‘get rich quick’ scheme.”

He’s been a director eight years now and said he got the idea to enter this profession when his father died relatively young.

“I learned empathy for people dealing with death,” Cleckley said. “I am asking the state to have the same empathy and compassion.”

In the meantime, Cleckley is collecting letters from local churches and other funeral homes that call him “committed to building up not just himself but his family and community.”

The Lawrence H. Woodward Funeral Home wrote: “He has assisted us in getting the remains of our overweight clients removed and embalmed. Clients no other firm will take.”

Cleckley added, “I never had a complaint by any families that I serviced.”