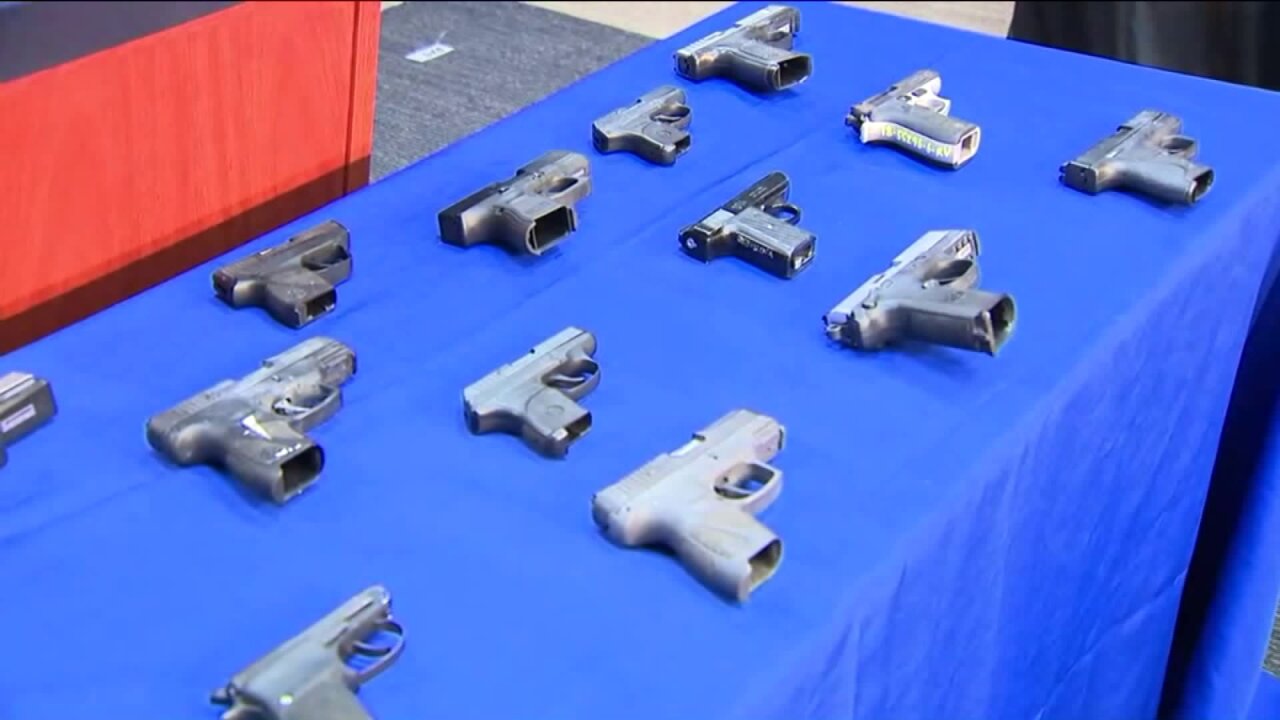 BROOKLYN — Over 30 alleged gang members accused in more than a dozen shootings were arrested in Brooklyn as part of a massive criminal indictment, District Attorney Eric Gonzalez announced Wednesday.

The 34 suspects, alleged to be part of two rival gangs in Brownsville, face a slew of charges in the 122-count indictment, including attempted murder, assault and criminal possession of a weapon.

The WOOO (We On Our Own) and CHOO street gangs are bitter rivals who mainly operated in Brownsville and Ocean Hill, but their violence reached East Flatbush, Remsen Village and other neighboring areas, according to the district attorney’s office.

Over the past two years, the crews engaged in a street war that involved hunting down rival members and shooting at them on sight, per the district attorney’s office.

“This is outrageous and will not be tolerated," Gonzalez said in a statement Wednesday. "I am confident that this takedown, which is focused on drivers of violent crime, will have a measurable impact on public safety by targeting the offenders who commit the violence in our communities.”

The indictment also includes charges of conspiracy, robbery, burglary and rape. If convicted on the top charge of conspiracy, the suspects could face up to 25 years in prison.