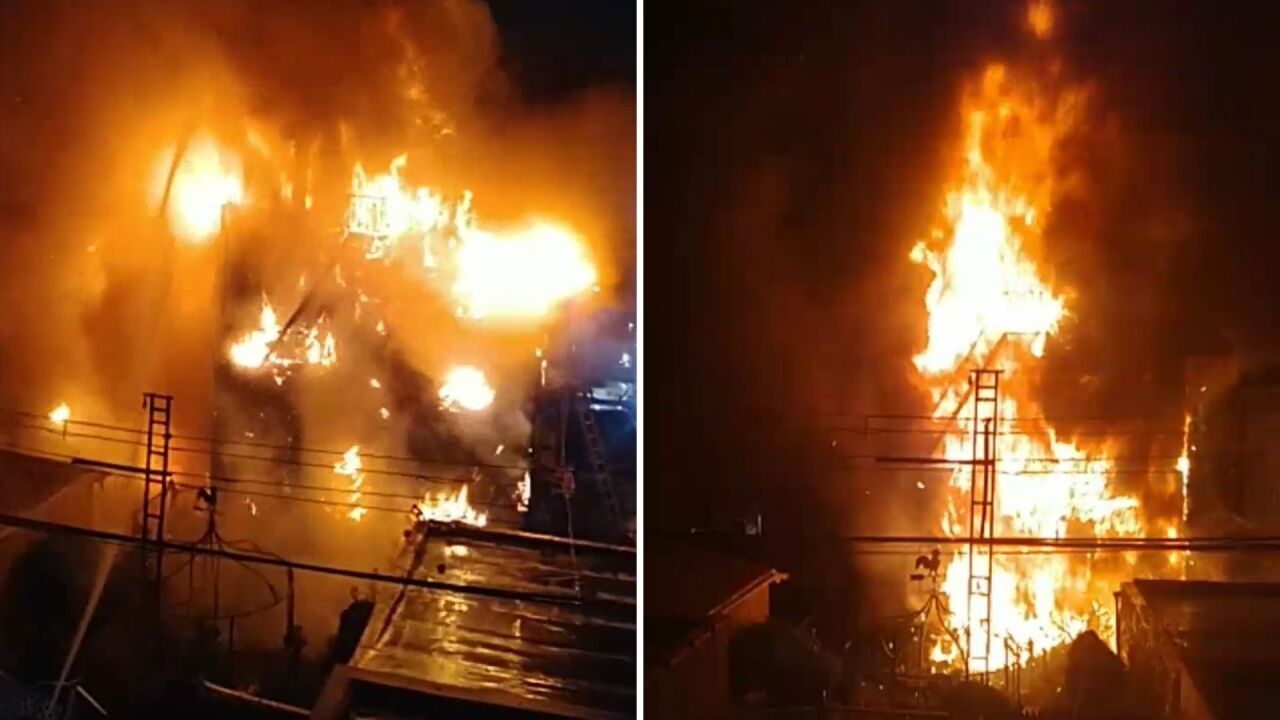 DYKER HEIGHTS, Brooklyn — Twelve firefighters were injured while battling a five-alarm house fire in Brooklyn Saturday night, according to the FDNY.

Firefighters were called to the home on 74th Street, near 13th Avenue in Dyker Heights, around 11:45 p.m., officials said.

The fire quickly grew from two alarms to five alarms as it engulfed three floors of the residence and jumped to a neighboring home as well.

"Fire extends very rapidly with the many voids inside the walls, and also the age of the structure" was a factor, FDNY Chief Kevin Woods said during a briefing at the scene early Sunday morning.

Twelve people who were in both homes were evacuated and no injuries were reported, according to Woods.

At one point, a firefighter was seen descending a ladder on the outside of the home with part of his coat on fire.

The firefighter and 11 others suffered minor injuries and were treated at area hospitals, officials said.

An overhead wire also caught fire during the blaze. Con Edison turned off power to the home, Woods said.

Over 200 firefighters battled to bring the fire under control around 3:45 a.m.

Fire marshals are investigating the cause of the fire.

According to the Uniformed Firefighters Association, one of the homes destroyed belonged to an FDNY firefighter, who was off duty when flames broke out and helped escort members of his own family to safety.

His family has set up a GoFundMe fundraiser to help with recovery costs and to assist with their future residence.