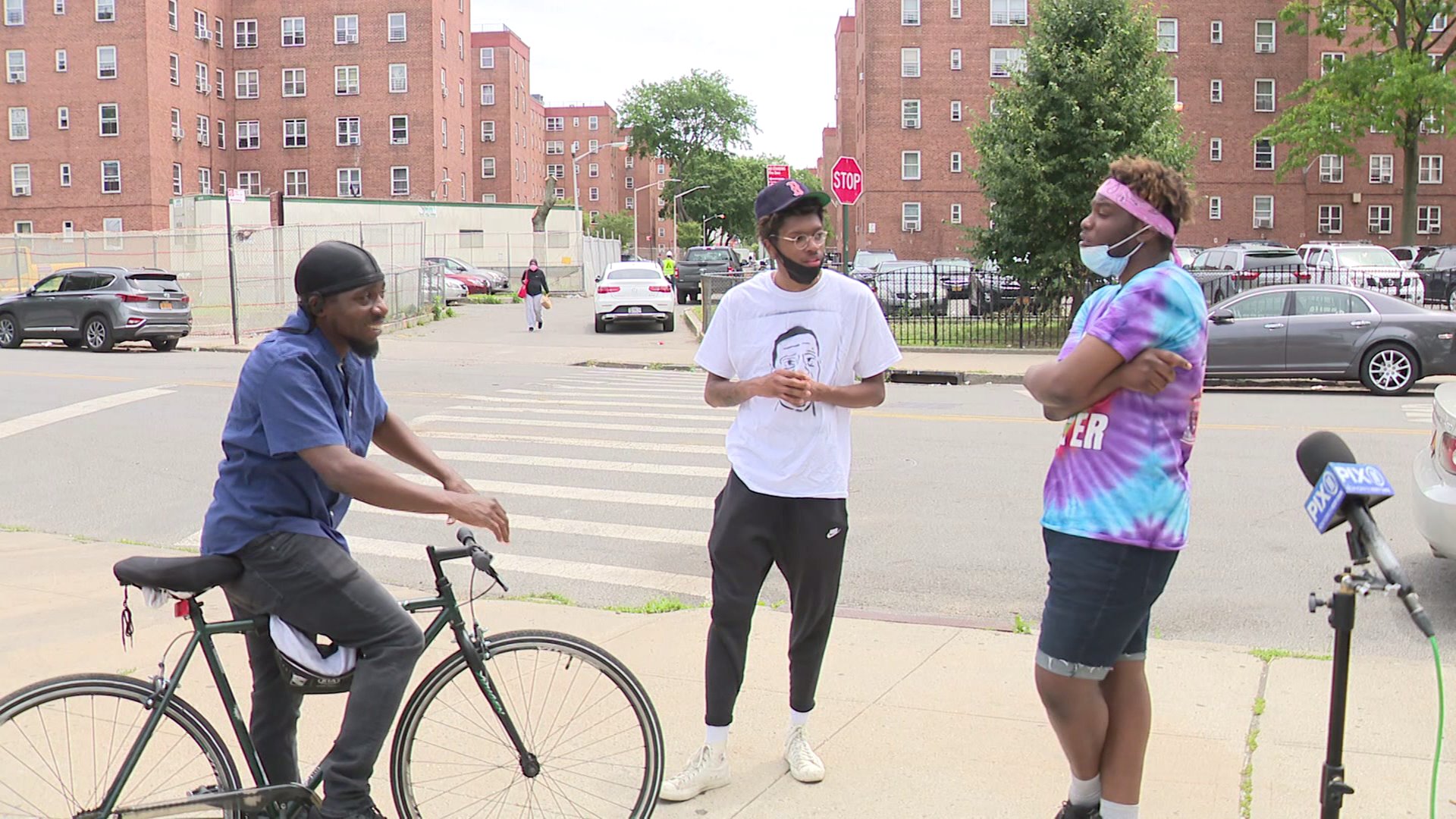 One Brooklyn community organizer is helping lead the way in his neighborhood by inspiring a new generation to attend rallies and protests against police brutality.

RED HOOK, Brooklyn — One Brooklyn community organizer is helping lead the way in his neighborhood by inspiring a new generation to attend rallies and protests against police brutality.

Na Lekan Masego, a 22-year-old musician turned activist, was able to organize hundreds of young people to rally in Red Hook. Masego grew up in the Red Hook Houses and still lives there with his grandmother.

“Fighting for justice is the cool thing to do and the right thing to do,” said Masego.

Masego is the CEO of a new group called BLQK leaders, Black Liberated Queens and Kings.

It’s several hundred members strong. Most members are under 30 years old and many are residents of public housing.

Last Sunday, his group organized a rally at the Red Hook Houses and more than a thousand people joined him.

Masego heads-up voter drives, runs zoom meetings to explain legislation about police and prison reform and, on a regular basis, organizes food distributions for families in his community.

Jono Tshepo, 23, is a first time protester, and says now is the time for change.

“It hits us on a deeper level this time. To see this happen, it’s incredible,” said Tshepo.

Another rally is planned for Sunday, June 21 at 2 p.m. at the Red Hook Houses to honor Juneteenth and is expected to have a strong turnout.