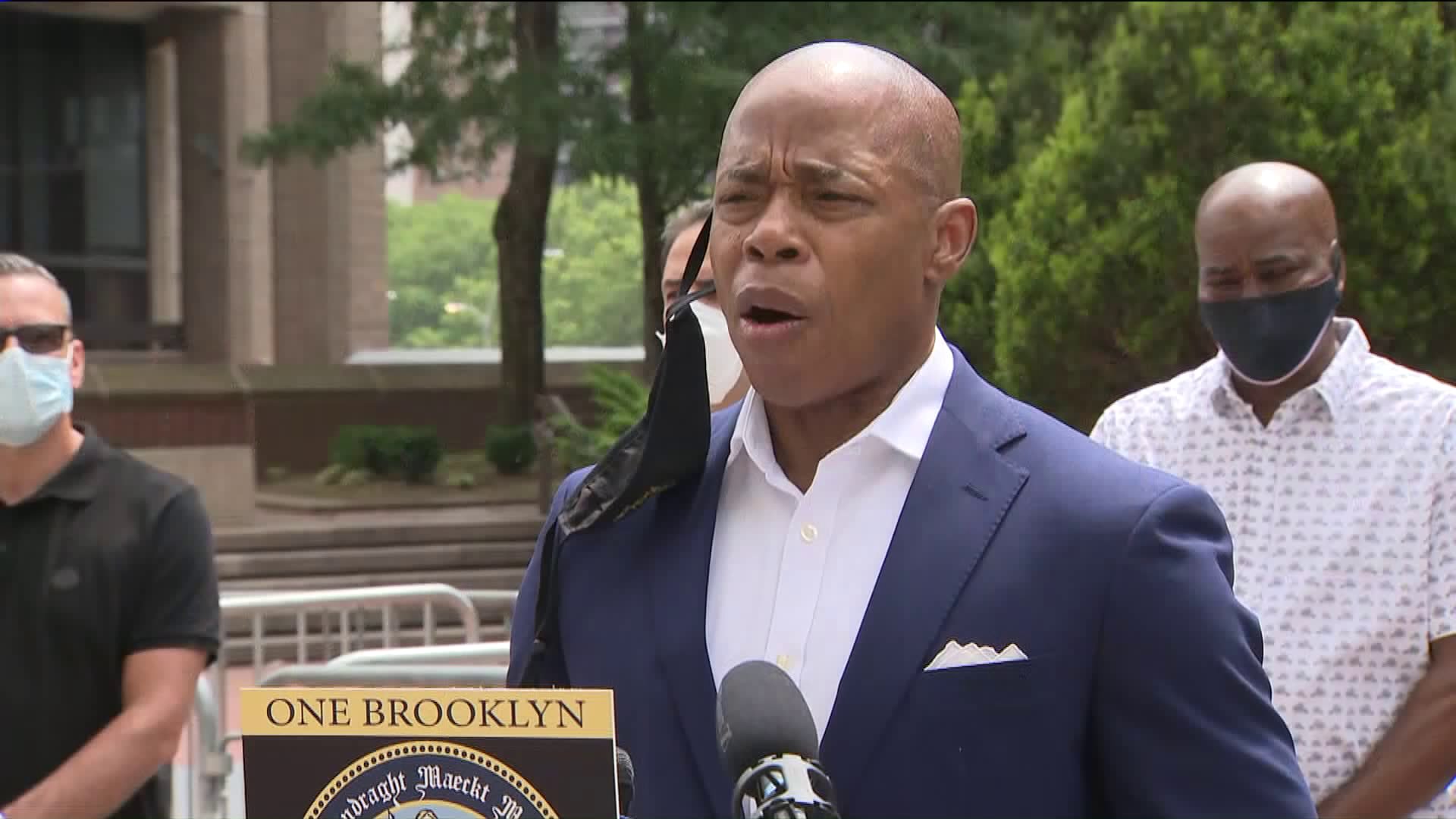 Brooklyn Borough President Eric Adams says Black and Brown businesses are being targeted and he’s calling on city and state officials to put an end to it.

RICHMOND HILL, Queens — Brooklyn Borough President Eric Adams says Black and Brown businesses are being targeted and he’s calling on city and state officials to put an end to it.

“I believe this is a well organized plan of closing down Black and Brown businesses,” Adams said at an event in Richmond Hill in Queens.

Owners of black and brown bars, restaurants and nightclubs in the five boroughs gathered at police headquarters in Manhattan Friday.

“I was unjustly closed down, my license was taken away,” said Kendell Stewart, the owner of Cafe Omar in Brooklyn.

The Caribbean bar and restaurant has been around since the 1980s but was hit with heavy fines and shut down last year.

Mazi was shut down 11 months ago after several violations. The state took away its liquor license too.

“We feel we have been and targeted as minorities. We provide a living for so many other people. It’s hurting everyone that had a paycheck,” said the owner of Kervin’s Bar in the Bronx.

She says violations against her business have been excessive, and her business was unjustly shut down as well.

“It’s simply an attempt to keep their foot on the neck of Black and Brown businesses and not giving us a fare share in the market place, closing us down early, while keeping White bars open late.”

Each minority-owned small business, employs young, hardworking people, many in underserved communities. Their stories of struggle trying to stay open are similar.

“The state liquor authority in coordination with police department have specifically targeted these businesses,” said Adams. "Some of these cases as I’ve looked over them over the last year and a half I was deeply disturbed the intentional daily interaction and harassment of legal legitimate businesses that employ from the inner city.“

The Brooklyn Borough President says he wants a stop to the unnecessary and in some cases false summonses given to Black and Brown entrepreneurs, as well as a stop to unjustified cancellations of their liquor licenses and for those businesses that were illegally shut down to be compensated.

“We want the cases going through the court system and liquor authority cease and desist order until AG conducts her investigation.“

Adams says he is calling on the attorney general to conduct a full investigation.

The State Liquor Authority told PIX11 News in a statement that this has no place in New York.

“The State Liquor Authority has zero tolerance for discrimination of any kind and only takes action when restaurants or bars break the law or put public health at risk. All fines and other penalties come only after due process — including the right to a hearing — and a finding that illegal conduct has been proven by substantial evidence."

We have reached out to the NYPD as well. We are awaiting their response.