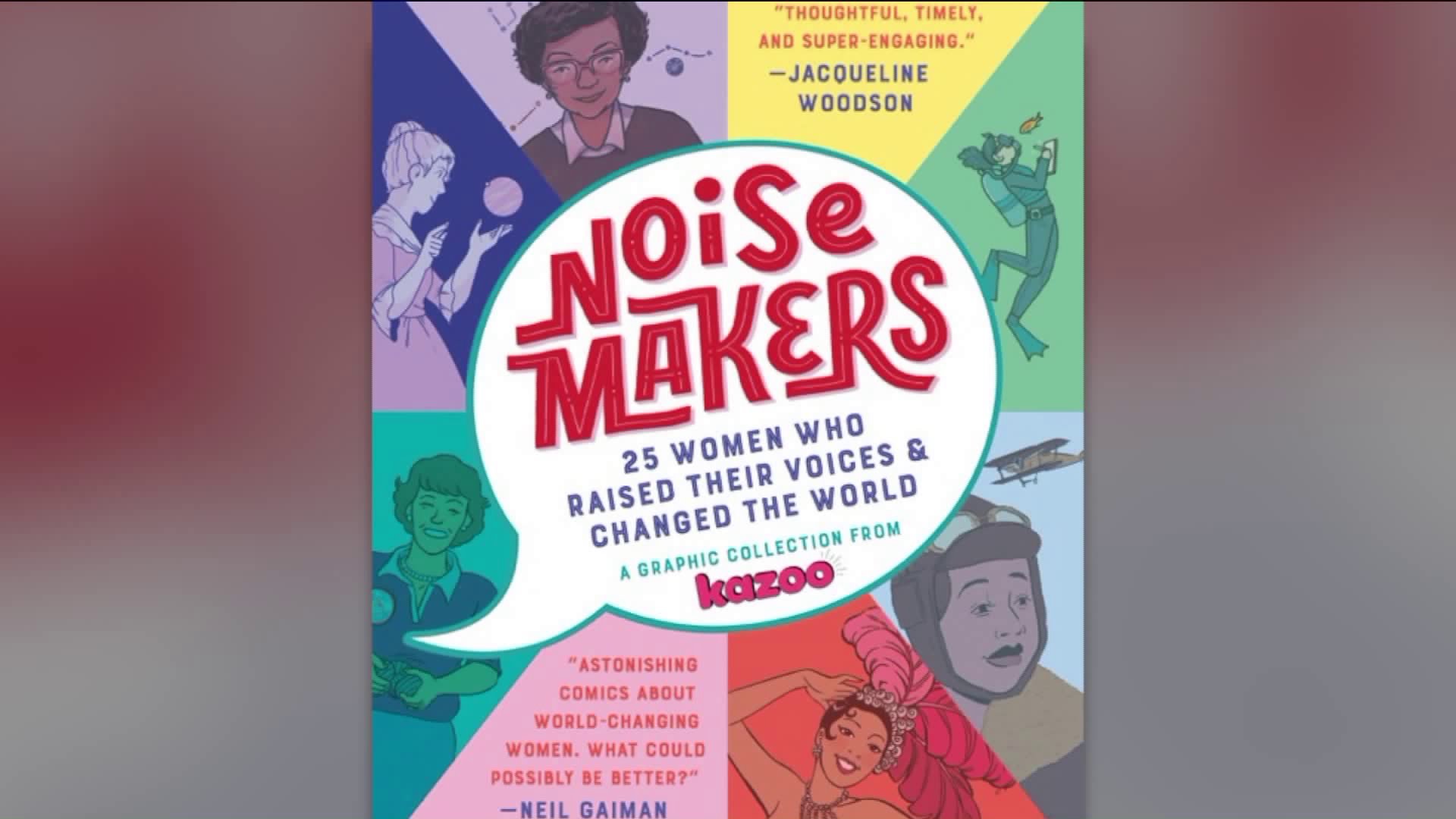 Whether it’s on the big screen or on paper — superheroes have come a long way when it comes to representation of women.

Whether it’s on the big screen or on paper — superheroes have come a long way when it comes to representation of women.

A new comic book-styled novel takes heroism to the next level..“Noisemakers” highlights 25 real-life women whose courage and accomplishments transformed history.

“Just because they haven’t heard of them before doesn’t mean their stories aren’t valuable,” Erin Bried, editor-in-Chief of Kazoo Magazine, the force behind the new book, told PIX11.

The book is the first from the Brooklyn-based magazine, a quarterly publication geared toward girls.

Bried, who we met up with at Bookshop and Storytelling lab in Park Slope Friday, says her mission is clear.

“I want every little girl who reads this comic to want to dress up as the subject for Halloween which is one of the highest compliment a kid could pay,” she said.

Aiming to inspire the next generation, 25 artists contributed to “Noisemakers” bringing the stories of these heroes to life.

Well known icons like singer Josephine Baker and lesser-known giants like Emily Warren-Roebling who played a pivotal role in building the Brooklyn Bridge, all get the spotlight.

While the book’s release coincides with National women’s month, it’s themes of equality and celebrating historic achievements is certainly not seasonal for Bried.

“It’s very important that we are constantly reminding girls that they are powerful and that opportunities are out there for them but those are just the start of the conversation not the finish,” she said.

“Noisemakers: 25 women who raised their voices and changed the world” is on bookstores now.