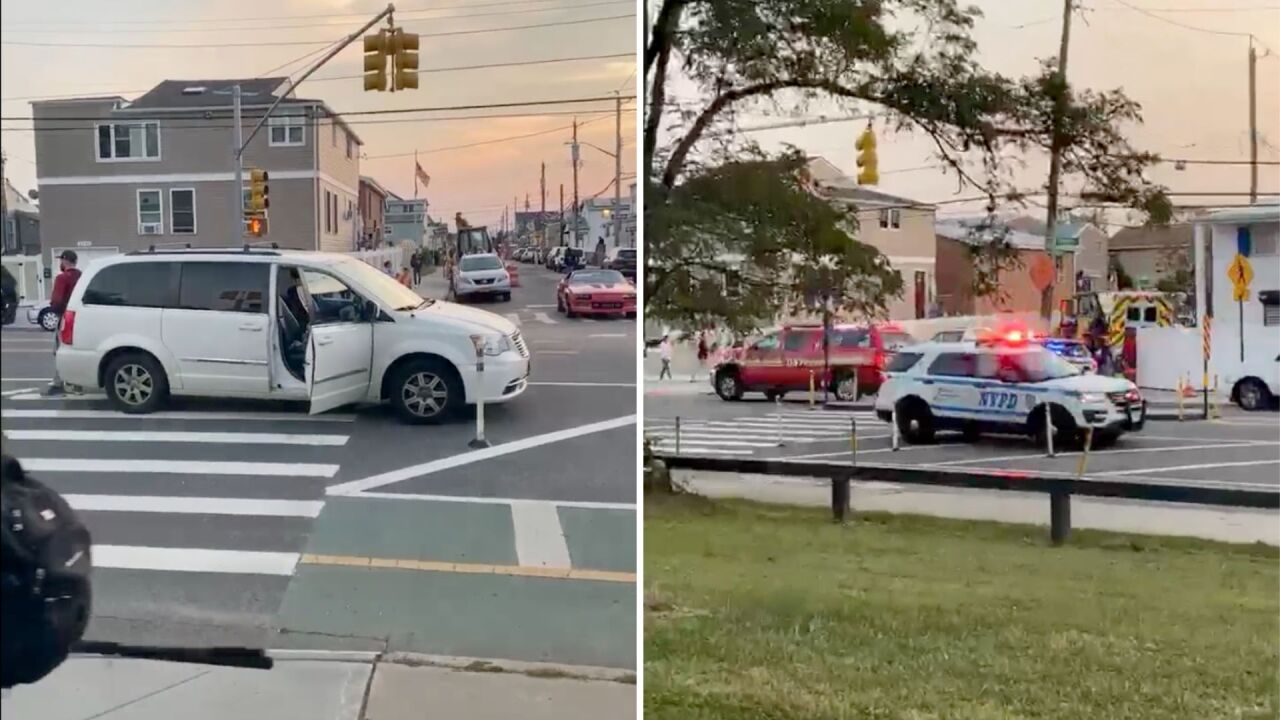 Citizen App
Police on the scene after a 4-year-old boy was struck by a minivan as he rode his scooter on a Brooklyn street on Sunday, Oct. 4, 2020, according to police.

GERRITSEN BEACH, Brooklyn — A 4-year-old boy was struck by a minivan on a Brooklyn street Sunday evening, officials said.

It happened at around 6:10 p.m. at Gerritsen Avenue and Seba Avenue in Gerritsen Beach, authorities said.

According to police, the boy was riding a scooter mid-block when he was struck by a minivan, driven by a 58-year-old man, heading south on Gerristen Avenue.

The boy was taken to a local hospital in critical condition, according to police.

The driver remained on the scene and no criminality is expected as of early Monday, police said.

Authorities said the investigation was ongoing.