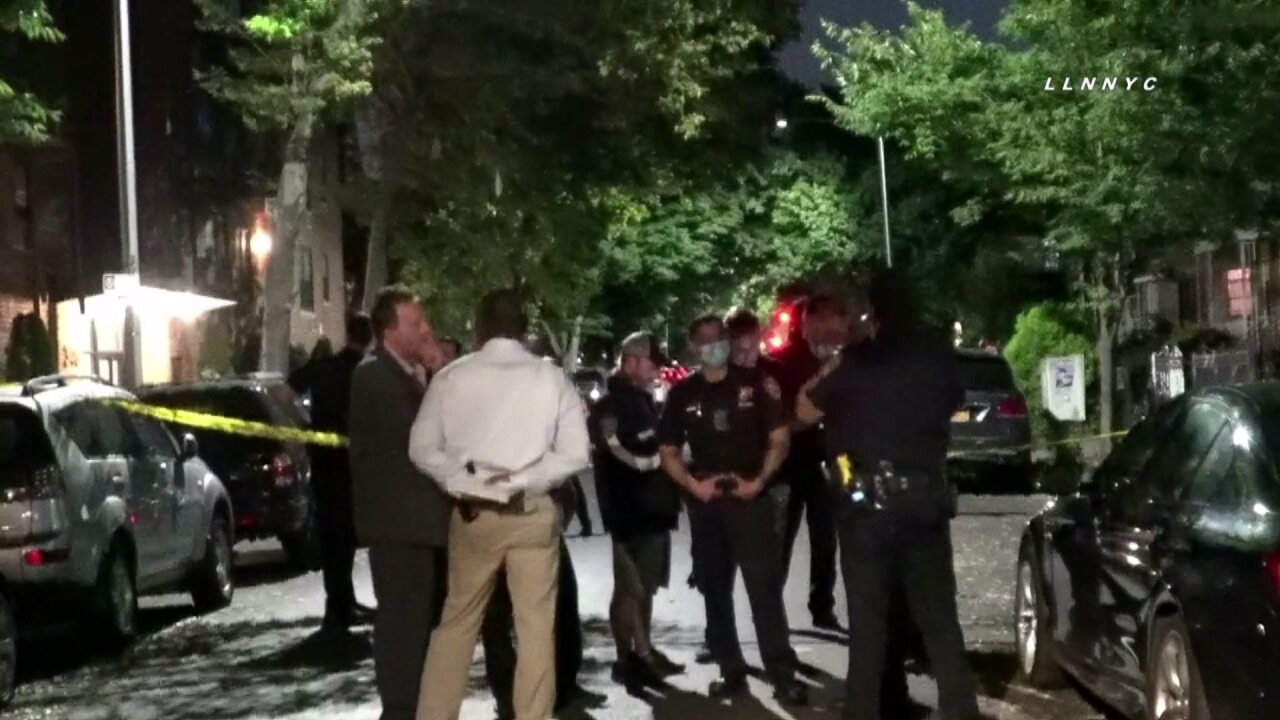 PIX11 News via LLNNYC
The scene in East Flatbush, Brooklyn, after an 11-year-old boy was shot late Tuesday night, June 30, 2020, according to police. He is expected to survive.

EAST FLATBUSH, Brooklyn — An 11-year-old boy was shot in Brooklyn just before 10 p.m., according to the NYPD.

Police said the boy was shot in the leg at 369 East 29th St. in East Flatbush, Brooklyn. He was taken to a hospital.

A police spokesperson said the child's injuries are not considered serious.

Police would not yet provide information on a suspect or motive.

The shooting was just one of four instances of gun violence in just an hour across Brooklyn.

On Thursday, police said a 7-year-old girl was grazed by a bullet in East Harlem, making Tuesday night's incident the second gun violence incident involving a child in less than a week.