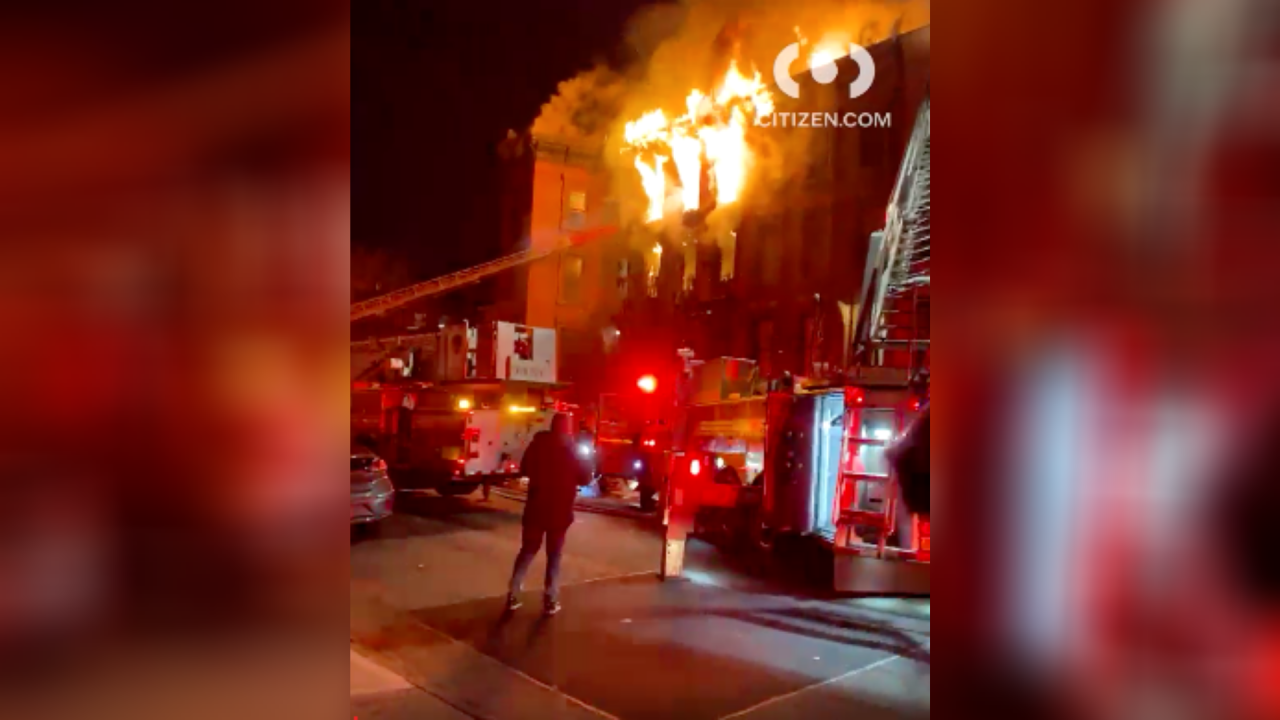 Citizen App
A Brooklyn brownstone is engulfed in flames, Jan. 11, 2021.

The fire was at a three-story building at Monroe Street and Marcy Avenue, firefighters said.

No injuries were reported, but after more than an hour, the fire was still not out and remained an active scene, according to an FDNY spokesperson.