Driver killed when out-of-control SUV crashes into his minivan in Brooklyn: police 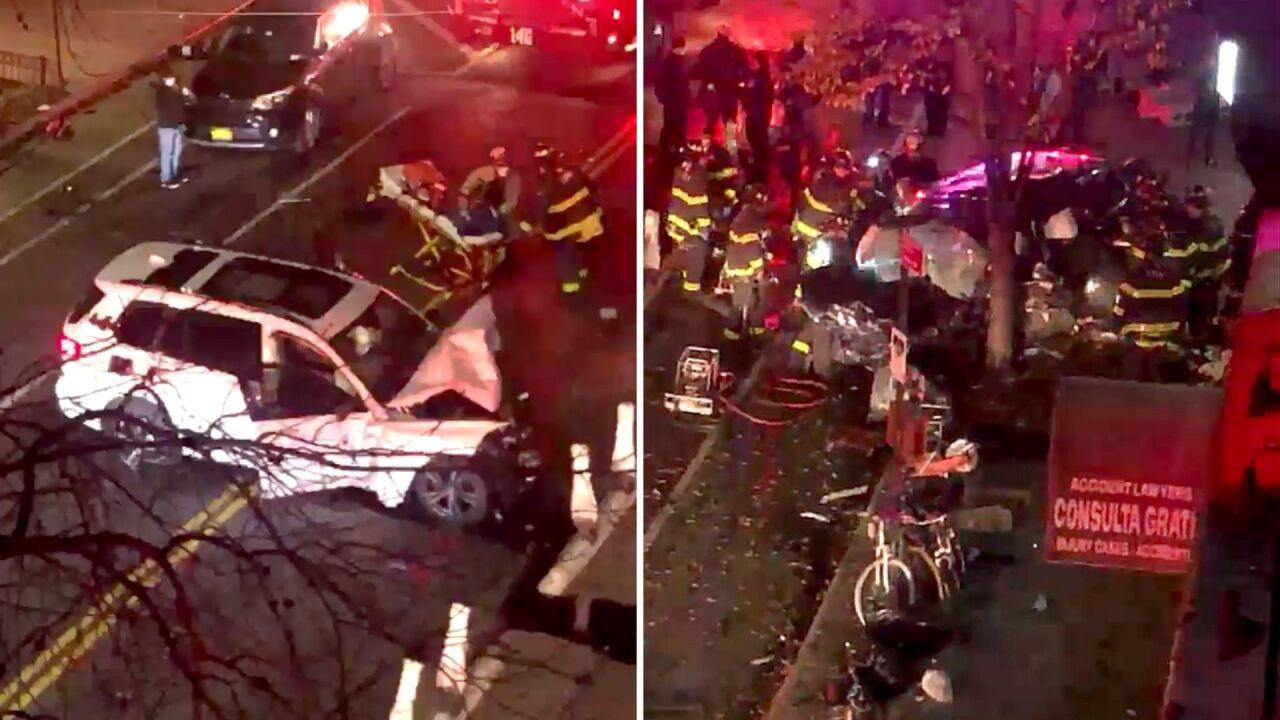 Citizen App
At least one person is dead after a serious crash involving multiple vehicles on Grand Street in the Williamsburg section of Brooklyn early Wednesday, Nov. 25, police said.

WILLIAMSBURG, Brooklyn — A man was killed when an out-of-control vehicle struck his vehicle on a Brooklyn street early Wednesday, the NYPD said.

According to police, the call came in around 1:10 a.m. for a crash involving multiple vehicles on Grand Street, near Manhattan Avenue, in the Williamsburg section of the borough.

EMS rushed him to a nearby hospital where hew was pronounced dead. Officials identified the victim as Alexander Ulloa-Toribio of Brooklyn.

According to police, further investigation determined a 30-year-old man was driving his white BMW SUV westbound on Grand Street when his right rear tire blew out, causing him to lose control of the vehicle.

The SUV veered across the road into the oncoming eastbound lane and struck the victim's vehicle, causing the Honda to crash into a tree on the sidewalk, officials said.

The driver of the BMW SUV and his 30-year-old passenger suffered minor injuries and were taken to a local hospital where they were treated and released, according to the NYPD.

No arrests were made and police said the investigation remained ongoing.