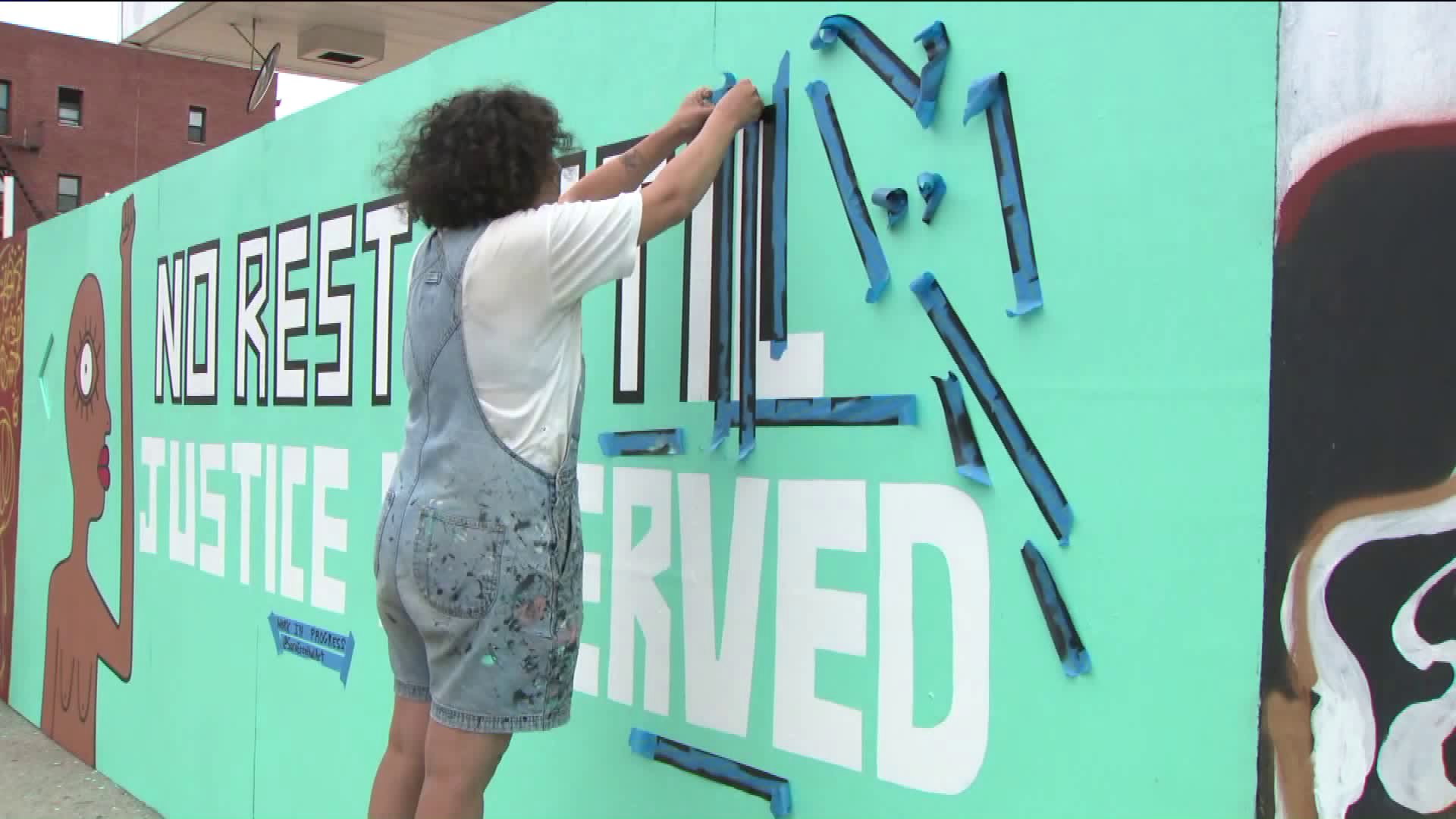 The "wall of justice" is at 4th Avenue at Union Street in Gowanus, where local artists can use the platform to call for change.

GOWANUS, Brooklyn — Demonstrations have been on the move around the world in honor of George Floyd.

People are demanding reforms and taking their message to the streets.

They’re also using a vacant lot in Gowanus, Brooklyn to create what’s being called a "wall of justice" along 4th Avenue at Union Street.

Artist Sara Erenthal heard about the project and headed to the site after marching for days and participating in protests.

It was initially created by the artist known as Subway Doodle on May 31st.

The artists said the property owner supports the project.

Floyd was killed by police officers in Minneapolis. Four officers were fired and charged, one of them with murder.