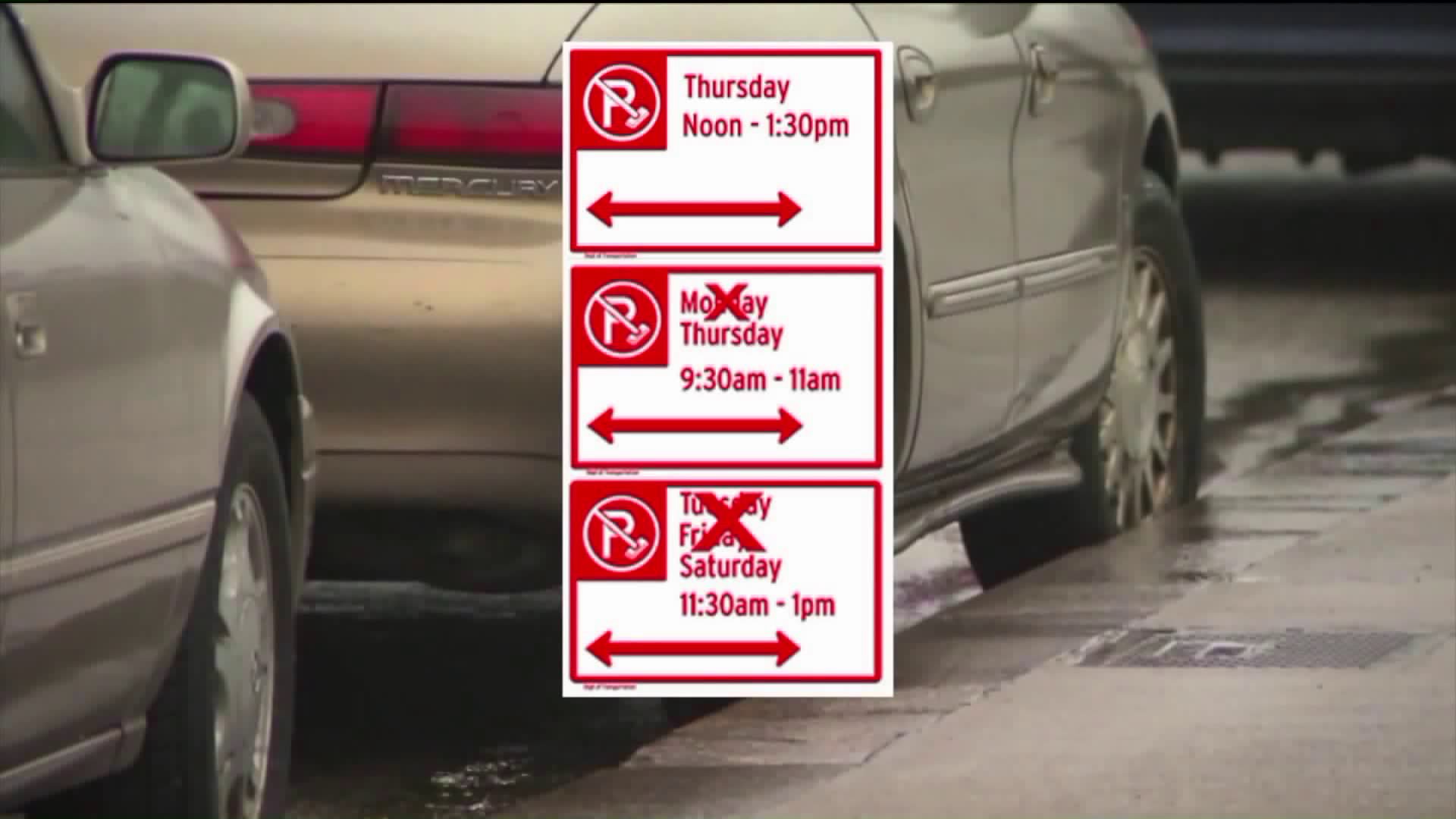 In one part of Crown Heights, drivers had to move their cars three times in a week.

CROWN HEIGHTS, Brooklyn — It’s time to clean up the streets. Usually, that means it's also time to move your car, but new alternate side parking rules are giving many New Yorkers a reason to cheer, or at least relax.

NYC Department of Sanitation sweepers — or mechanical brooms, as they’re also called — are back on the road.

Drivers have not had to move their cars to clear one side of the street for weeks since the pandemic began.

Alternate side parking rules are back as of Monday morning to allow for regular street cleaning. But there are significant changes.

Mayor de Blasio announced now through labor day at least, no driver will have to move the car more than once. The last day listed on the individual signs will be the day for street cleaning.

That’s good news for people who live in places where alternate side street rules apply on three days.

Off Eastern Parkway in Crown Heights, cars on some of the residential streets have to be moved on Tuesday, Friday, Saturday — the other side is Monday, Wednesday, Thursday.

Lutchi Gayot, who lives in the area, had an idea about how we can all pitch in to fight litter.

“I suggest homeowners and property owners could come out with a broom and keep things clean,” he said.

The administration will review the rule change and cleanliness of the streets to determine if the once-a-week regulation could be permanent.