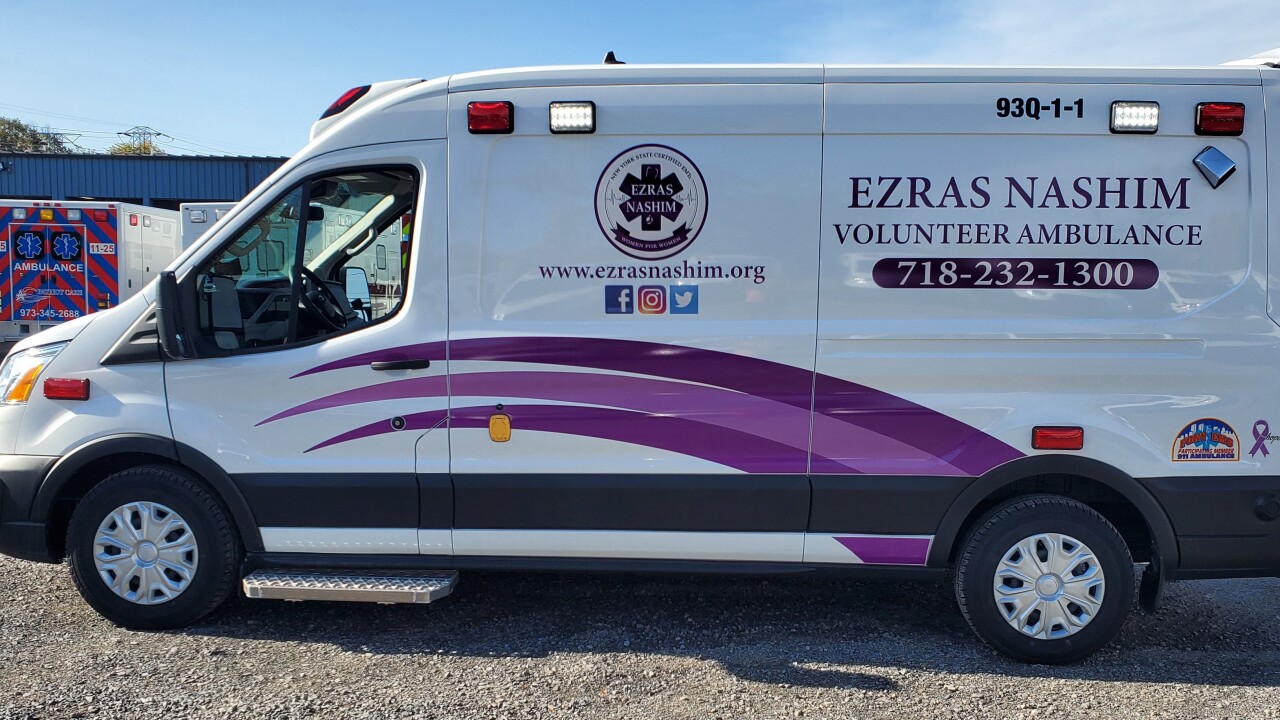 BROOKLYN — For the last few years, Ezras Nashim, an all-female based EMS service, has been gaining traction and fighting for legitimacy in Brooklyn's Orthodox Jewish neighborhoods; specifically, the right to utilize an ambulance.

The group debuted their first-ever ambulance this weekend. The group said on their website that this will allow them to bring down response times.

After a rejection of their attempt to get a license to use an ambulance in 2019, they finally saw victory back in August.

In August, the New York State EMS Council (SEMSCO) Systems Committee met and ruled in favor of Ezras Nashim, eight out of 10 members voting in favor of reversing the the local council which oversees emergency response's decision against Ezras Nashim's ambulance license application, according to Leah Levine, the Director of Outreach and Development for Ezras Nashim.

The entire council overwhelmingly approved the reversal of that decision, Levine told PIX11 News. The decision was made by a vote of 23-2.

"We can’t believe it, I’m so grateful, I’m so happy, I think it’s a miracle," said Levine. "I didn’t know if we should expect the same [as the previous meeting], I just didn’t know. We’re so needed in the community, we didn't give up and we succeeded."

Back in 2019, there was anger of the local council's decision because some of the board members had either active or former affiliations with Hatzalah, an all-male EMS crew based in the community.

The vote failed on all counts because they didn't have enough votes either way. Levine says their opponents were again present at the video conference to determine their fate at the state level.

Amid a global pandemic, Ezra Nashim's work is more important than ever, adds Levine, and access to transport will give them a much needed boost.

"It means so much, because this means that women can now help women on an emergency and now that we have a license we can become even stronger, even faster," said Levine. "This will help all Jewish communities. We really needed this license."